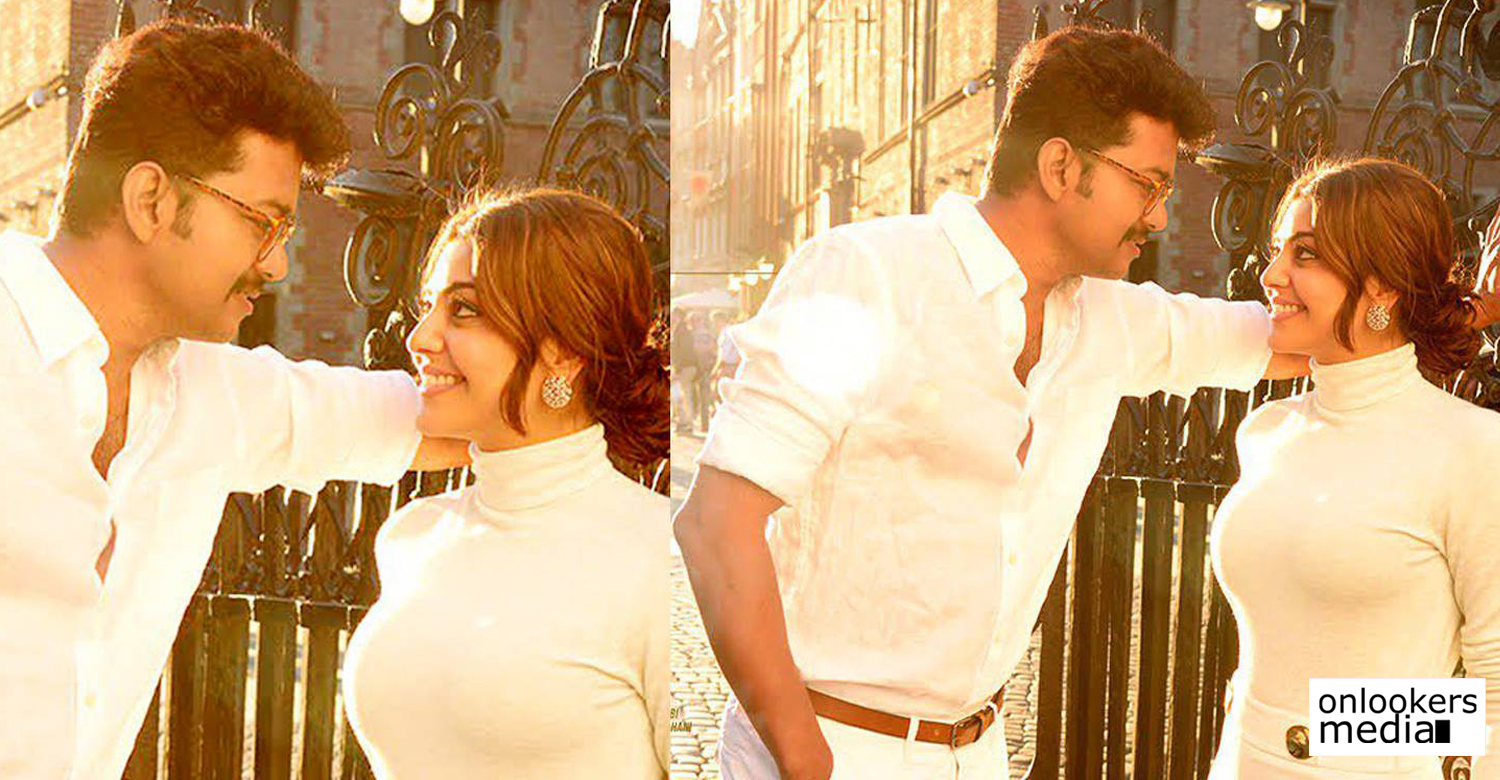 The grand audio launch function of Thalapathy Vijay’s Mersal is scheduled to be held today evening in Chennnai. Several celebrities from the industry are expected to grace the event. Maestro AR Rahman, who is handling the music department in Mersal, will be performing the songs live on stage.

Meanwhile, the makers have released a new poster of the movie featuring Vijay and Kajal Agarwal. Vijay looks youthful and stylish as ever in this poster. Unlike the earlier released posters, he is wearing spectacles in this latest poster. Vijay is playing a triple role in the film – one as a villager in the 80s and the other two as a magician and a doctor. Samantha, Kajal Agarwal and Nithya Menen play the three female leads in the movie.

Couple of songs from the movie has already been released by the makers. Both the songs ‘Aalaporan Tamizhan’ and ‘Neethane’ have been trending virally across all music and social media platforms.
The massive reception for the songs itslef shows the kind of expectations sorrounding this film.

With Mersal, Vijay is teaming up with director Atlee once again after the blockbuster success of Theri. The movie is produced under the prestigious banner of Sri Thenandal Films.

Shamna Kasim will be seen with a tonsured head in her upcoming movie with Sasikumar
My next is an unusual project and I’ll be showing an unseen side of Vijay: AR Murugadoss
To Top