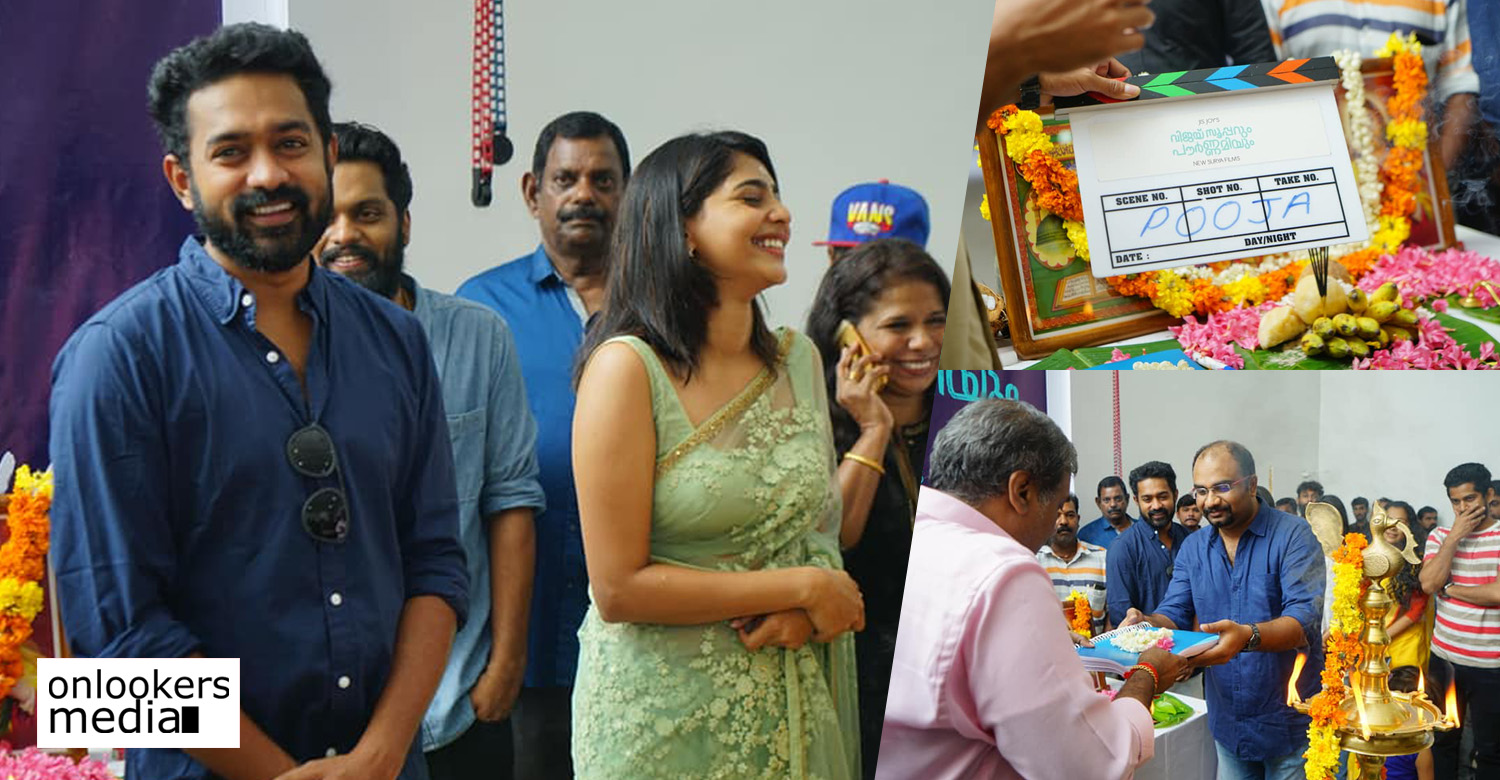 As informed by us earlier, the pooja and switch on ceremony of Asif Ali’s upcoming movie Vijay Superum Pournamiyum was held today (June 30) in 3 Dots Studio, Ernakulam. Jis Joy is directing this movie which has Aishwarya Lekshmi as the female lead. Asif, Jis Joy, Aishwarya, Balu Varghese, Darshana Rajendran and Stephy Xaviour were among those present for the pooja. Vijay Superum Pournamiyum is touted to be a romantic entertainer. The makers had initially signed Mamta Mohandas to play the female lead but she opted out due to some unknown reason. Aishwarya Lekshmi, who recently won the Filmfare award for best debutant for her performance in Njandukalude Naatil Oridavela, is hugely popular among the youth audience post Mayaanadhi. Her remarkable performance in the movie won her a lot of appreciation. Asif Ali and Aishwarya are teaming up for the first time, so it will be interesting to see how their on-screen chemistry works. Director Jis Joy’s previous two films – Bicycle Thieves and Sunday Holiday – also had Asif in the lead. While Bicycle Thieves was an average grosser, Sunday Holiday emerged as a superhit success. It was one of the biggest hits in Mollywood last year enjoying a theatrical run of over 100 days. Stay tuned to this space for more updates about Vijay Superum Pournamiyum.

Asha Sarath to play Mohanlal’s wife for the third time!
Visualising the world of Kayamkulam Kochunni
To Top