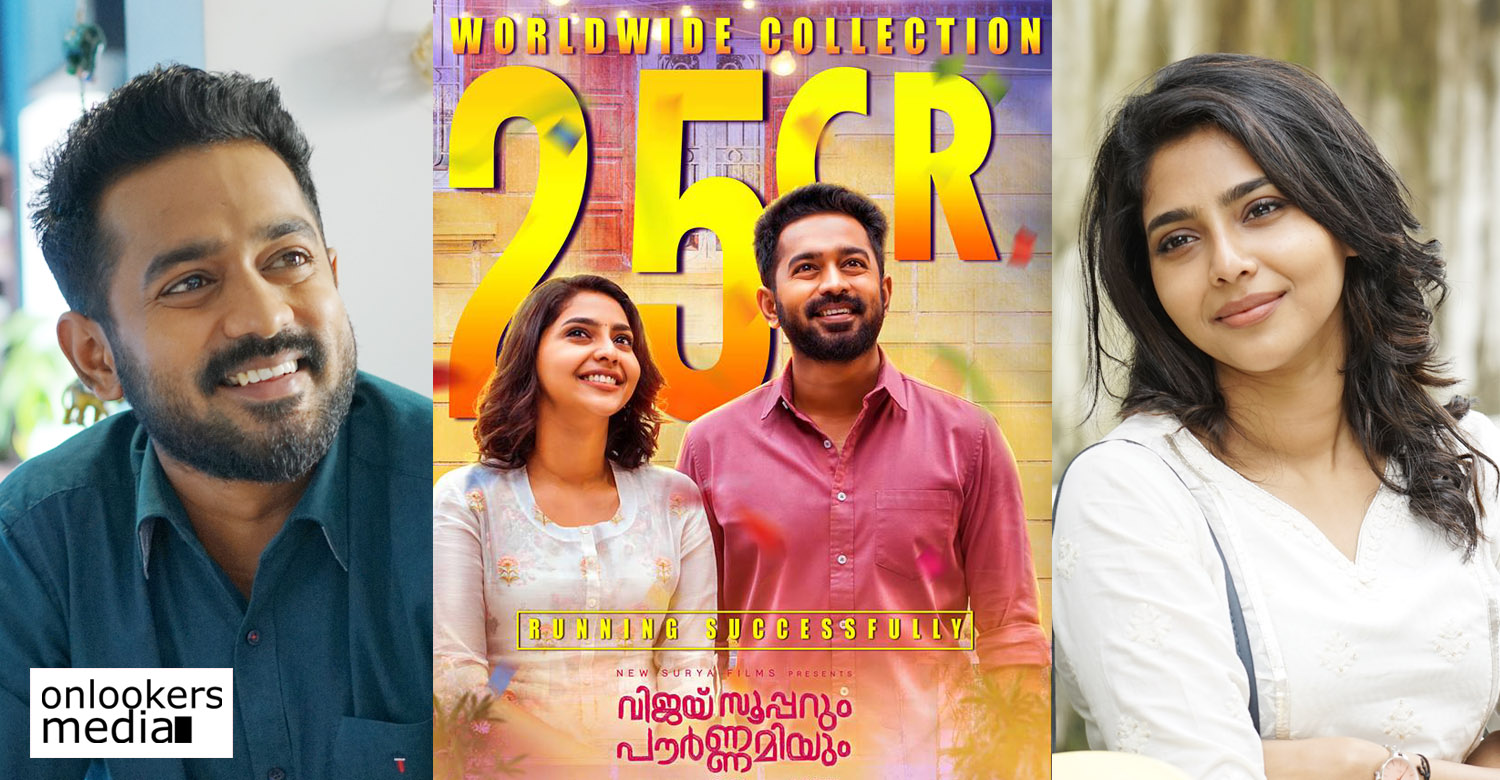 As expected from the initial response, ‘Vijay Superum Pournamiyum’ has emerged as the first superhit of the year. The Asif Ali starrer has crossed the Rs 25 crore mark from its collections worldwide. The feel-good genre and the subsequent support from the family audience has helped the movie tremendously. This is director Jis Joy’s second successive superhit after ‘Sunday Holiday’, which also had Asif in the lead.

Hitting screens on January 11, VSP opened to largely positive reviews from all corners. Critics and common audience alike have rated the movie as a clean feel-good entertainer. The movie has Asif Ali and Aishwarya Lekshmi in the leads. It discusses about how two individuals coming from different backgrounds struggle to make an identity of their own.

After a super successful first month of theatrical run in Kerala, ‘Vijay Superum Pournamiyum’ (VSP) got released in GCC and all major ROI centres. The response there has also been positive.