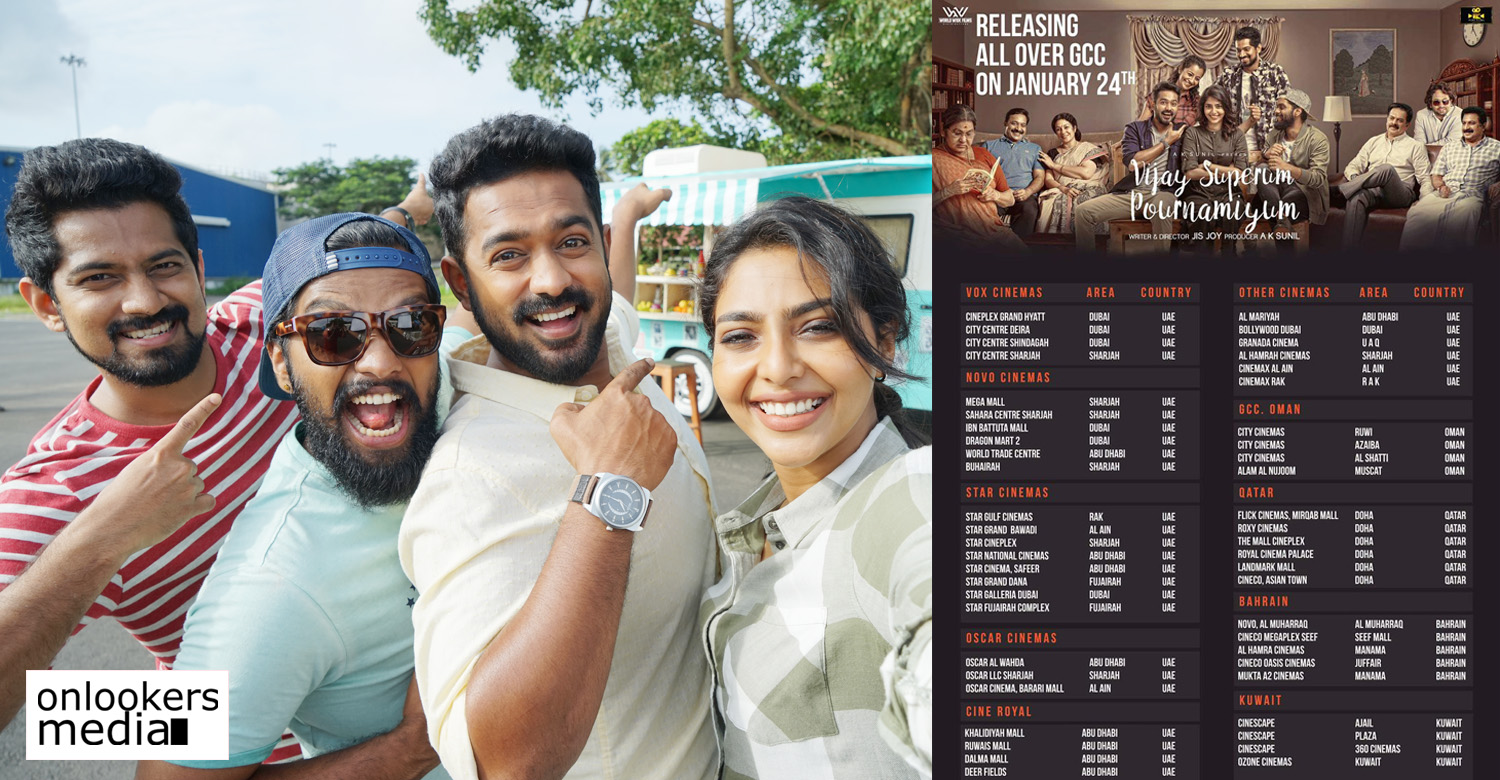 After a successful first two week of theatrical run in Kerala, ‘Vijay Superum Pournamiyum’ (VSP) is now set to be released in GCC centres. The makers have released the GCC theatre list through the movie’s official social media handle. The movie is releasing in major centres in Dubai, Sharjah, Abu Dhabi, Oman, Bahrain, Qatar and Kuwait. Inspired by the success in Kerala, the makers will be a hopeful of a good run in the overseas market as well.

Releasing on January 11, the movie opened to largely positive reviews from all corners. Critics and common audience alike have rated the movie as a clean feel-good entertainer. Families comprise the large section of the audience. The movie is most likely to have a long run with the help of family audience. Directed by Jis Joy, the movie has Asif Ali and Aishwarya Lekshmi in the leads. It discusses about how two individuals coming from different backgrounds struggle to make an identity of their own. The movie has prominence to humour, friendship, romance and family sentiments. Along with the lead pair, there is also an elaborate supporting cast comprising of Shanthi Krishna, Renji Panicker, Devan, Siddique, KPAC Lalitha, Balu Varghese, Darshana Rajendran and Joseph Annamkutty Jose.

AK Sunil is producing ‘Vijay Superum Pournamiyum’ under the banner of New Surya Films. Worldwide Films is releasing the movie in GCC region.

Here’s Lal from the sets of Saaho with Prabhas, Arun Vijay and Jackie Shroff
Nimisha Sajayan to pair with Nivin Pauly in Rajeev Ravi’s Thuramukham
To Top