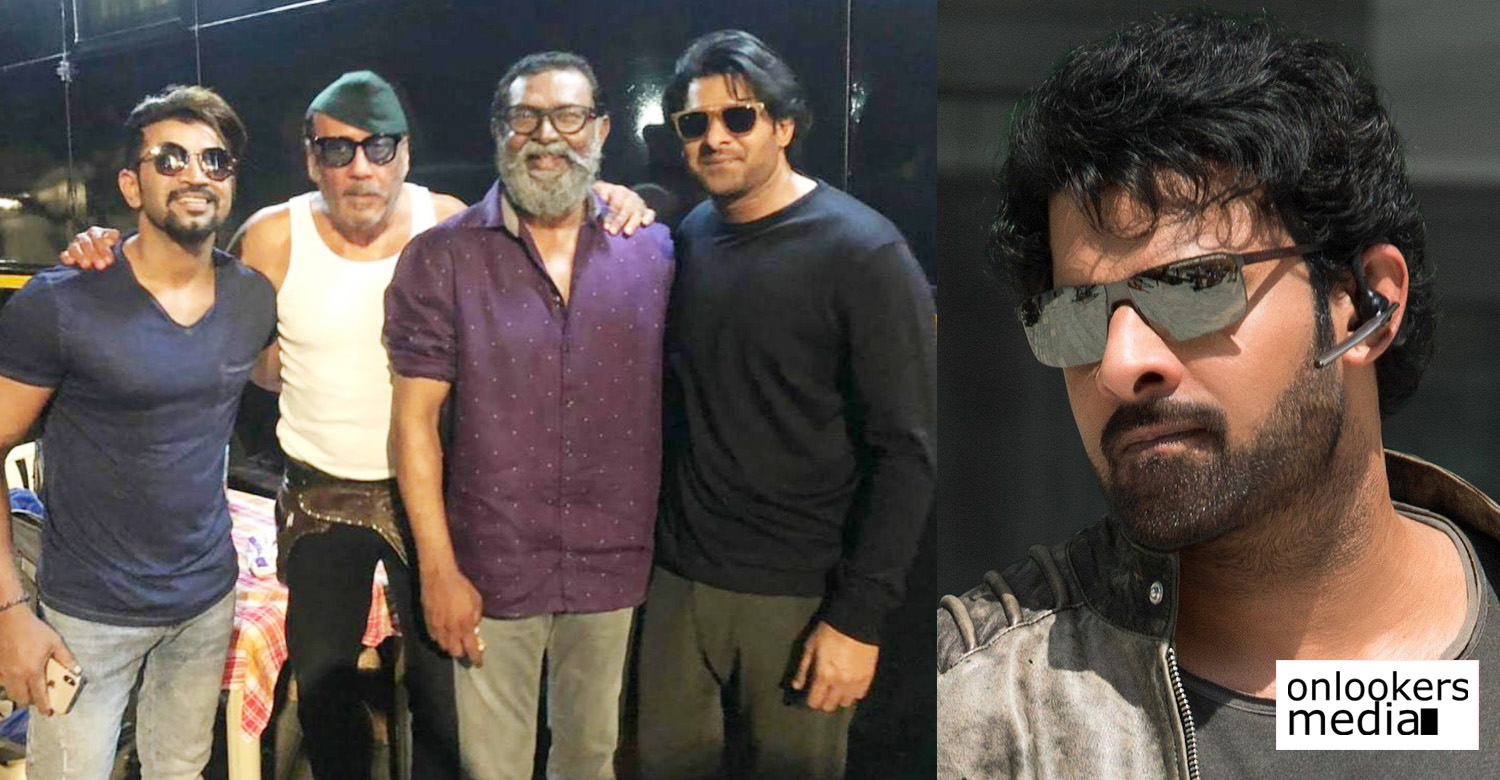 Here’s Lal from the sets of Saaho with Prabhas, Arun Vijay and Jackie Shroff

‘Baahubali’ star Prabhas is currently working on ‘Saaho’ which is scheduled for an August 15 release this year. The movie directed by Sujeeth is a high octane action thriller made on an international scale. The movie is being made as a multilingual with popular actors from industries across the country as part of the cast. Bollywood diva Shraddha Kapoor is playing the female lead. Jackie Shroff, Neil Nitin Mukesh, Chunky Pandey, Mandira Bedi, Mahesh Manjrekar, Arun Vijay, Lal and Tinnu Anand are playing prominent roles in the movie.

Veteran Malayali actor Lal had recently shared a photo taken from the movie’s sets in his social media handle. In the photo, he is seen enjoying a lighter moment with Prabhas, Arun Vijay and Jackie Shroff. Lal is playing a positive character in the film and majority of his scenes are with Prabhas. Earlier in an interview, Lal had shared about how big a learning experience it was to work in a film like Saaho where budget is not a constraint, unlike the case in Malayalam cinema. Lal had shot for his portions in Hyderabad, Dubai, Abu Dhabi and Europe.

If reports are to be believed, a whopping Rs 300 crore is being invested on ‘Saaho’, of which Rs 90 crore is spent on the action sequences alone. Vamsi Krishna Reddy and Pramod Uppalapati are jointly funding this movie under the banner of UV Creations.

9 has elements of horror, psychological thriller and science-fiction: Prithviraj
Vijay Superum Pournamiyum releasing in GCC from tomorrow; Here’s the theatre list
To Top