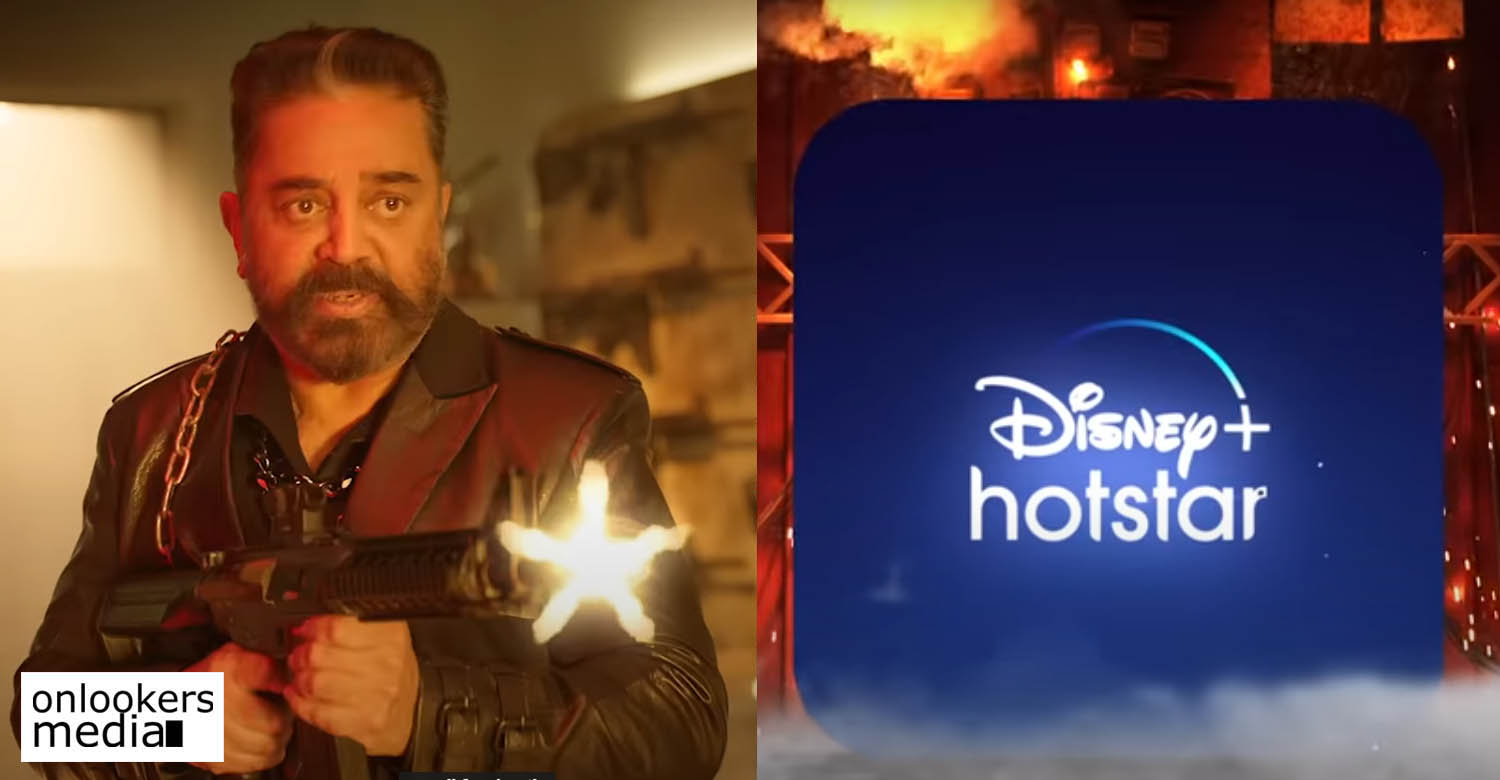 After shattering multiple records at the global box office, the Kamal Haasan-starrer is finally coming to OTTs. It has been announced that the film will start streaming on Disney + Hotstar on July 8. The announcement was made with an interesting video featuring Kamal Haasan.

Directed by Lokesh Kanagaraj, ‘Vikram’ has been ruling the box office successfully for the past fourth weeks. The film recently broke the five-year-old record set by ‘Baahubali 2: The Conclusion’ to become the biggest grossing film in Tamil Nadu. In Kerala also, it has emerged as the highest grossing non-Malayalam film.

‘Vikram’ is an action-heavy entertainer that has Vijay Sethupathi and Fahadh Faasil in prominent roles. Suriya also makes guest appearance towards the end.
It has already been confirmed that ‘Vikram’ will be getting a second part. Director Lokesh is trying to expand the universe next with ‘Kaithi 2’ starring Karthi. Suriya’s character Rolex from ‘Vikram’ is also likely to be part of ‘Kaithi 2’.