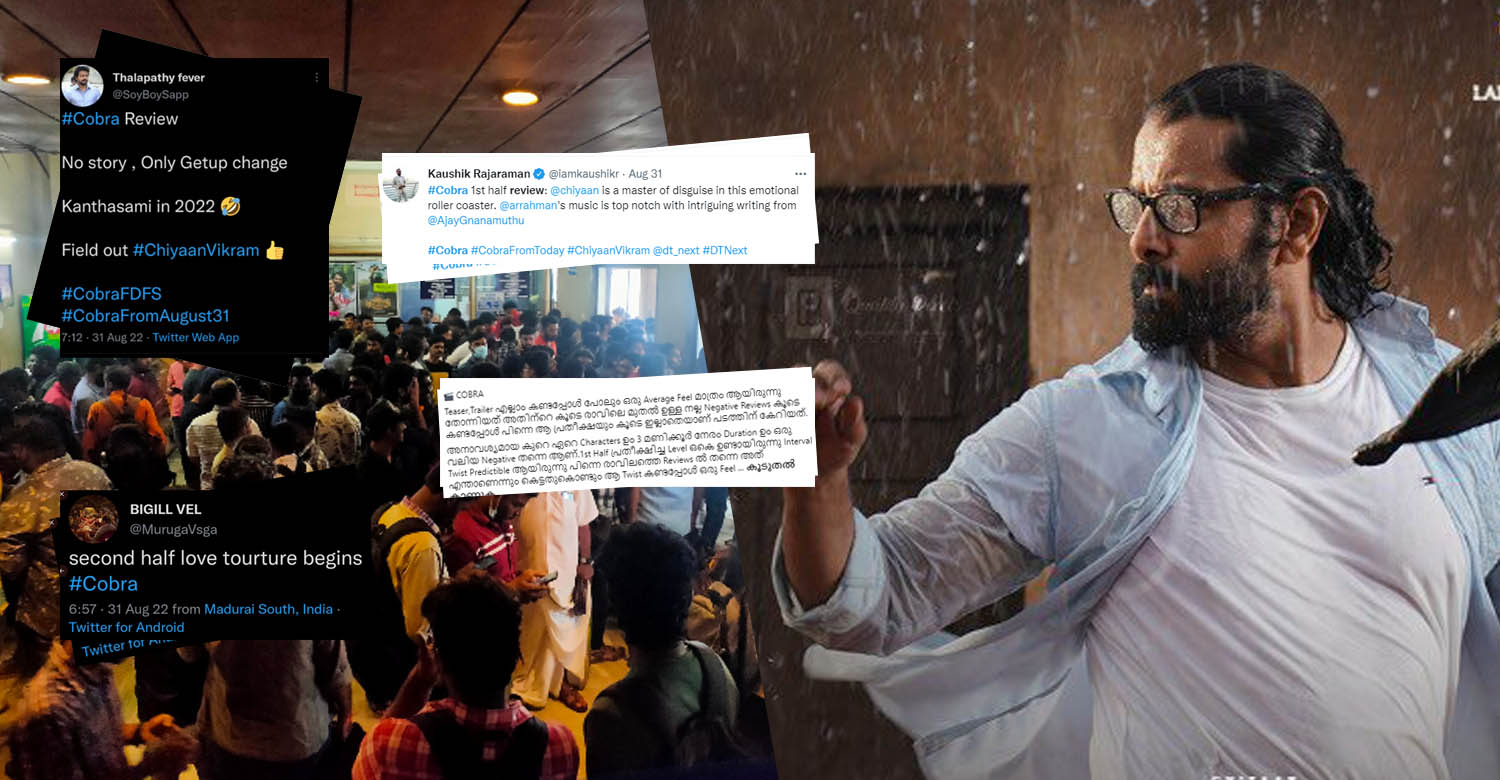 Vikram’s Cobra, which hit screens on August 31, has opened to mixed response. The film directed Ajay Gnanamuthu revolves around the life of genius mathematician, who is also an assassin. With Vikram appearing in multiple get ups and rich production values, the film looks grand but doesn’t strike a chord with the audience emotionally. At a runtime of over 3 hours, the film is an exhausting appearance.

After hearing all the criticisms, the makers have decided for an immediate damage control. They have trimmed 20 minutes of the film. A statement has been shared on social media, which reads,

“Any movie is a form of entertainment specifically curated to cheer audiences and make them enjoy the cinematic experience. It is of great happiness to the team if content delivered is worth the audience time and ticket money. We heard you. Cobra is now trimmed by 20 mins as suggested by film-goers, fans, our media friends, distributors & exhibitors. Now, watch the trimmed version of Cobra from this evening in all shows across Tamil Nadu, Andhra Pradesh, Telengana, Karnataka and Kerala. Do watch in theatres and support.”