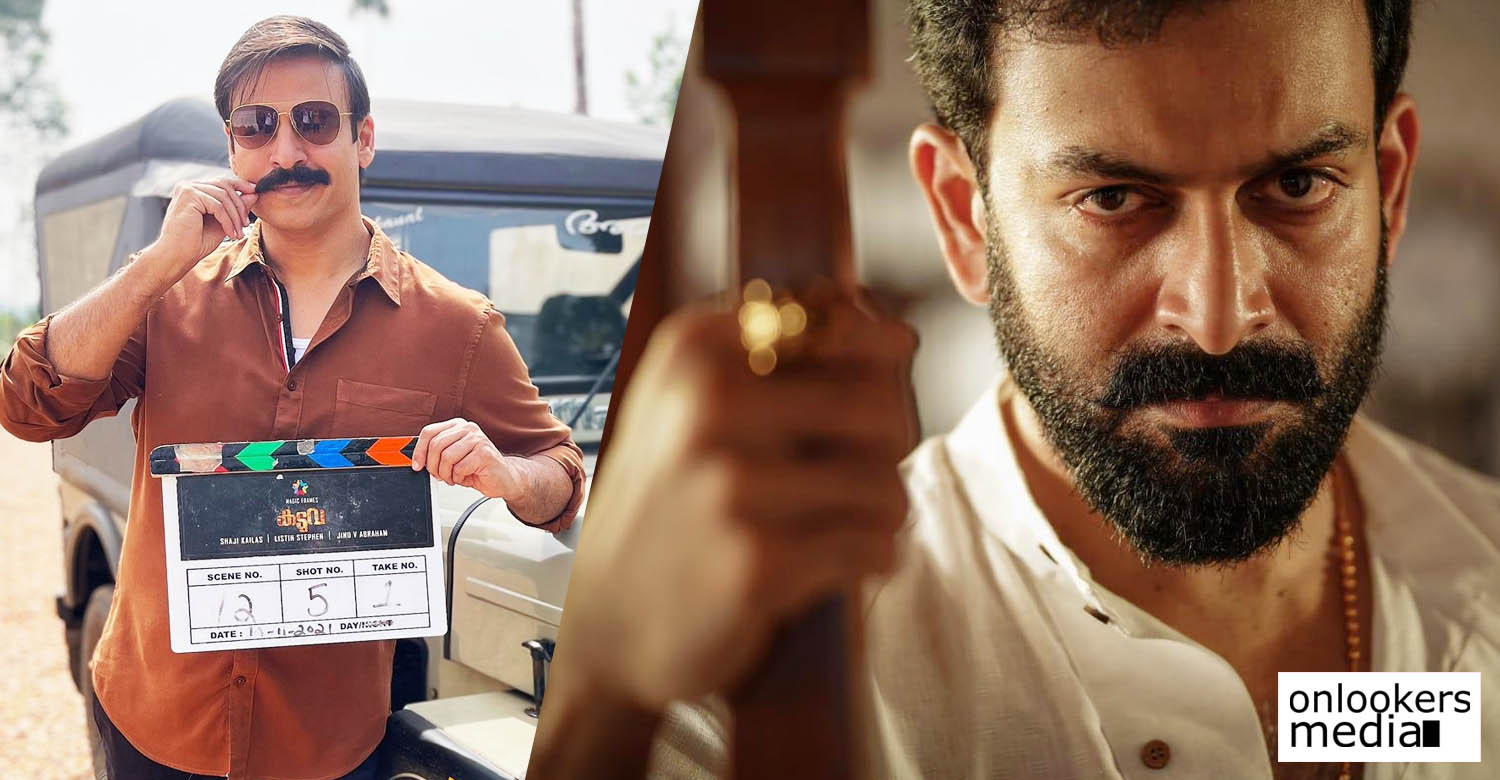 We had recently reported that Bollywood actor Vivek Oberoi will be seen as the antagonist in the upcoming Prithviraj starrer ‘Kaduva’. The ‘Saathiya’ actor joined the sets last day. He is seen sporting a twirled moustache for his look in the film. We hear that Vivek Oberoi’s character will be a very prominent one and not just a regular villain. The face off between Prithviraj and Vivek Oberoi will be interesting ro look forward to. The two share great rapport after working together in Prithviraj’s directorial debut ‘Lucifer’.

‘Kaduva’ has Jakes Bejoy handling the music department and camera cranked by Abinandhan Ramanujam. It is being produced by Prithviraj Productions along with Listin Stephen’s Magic Frames.

Mammootty and Asif Ali to share screen space in a new film!
It’s a wrap for Suriya’s Etharkkum Thunindhavan
To Top