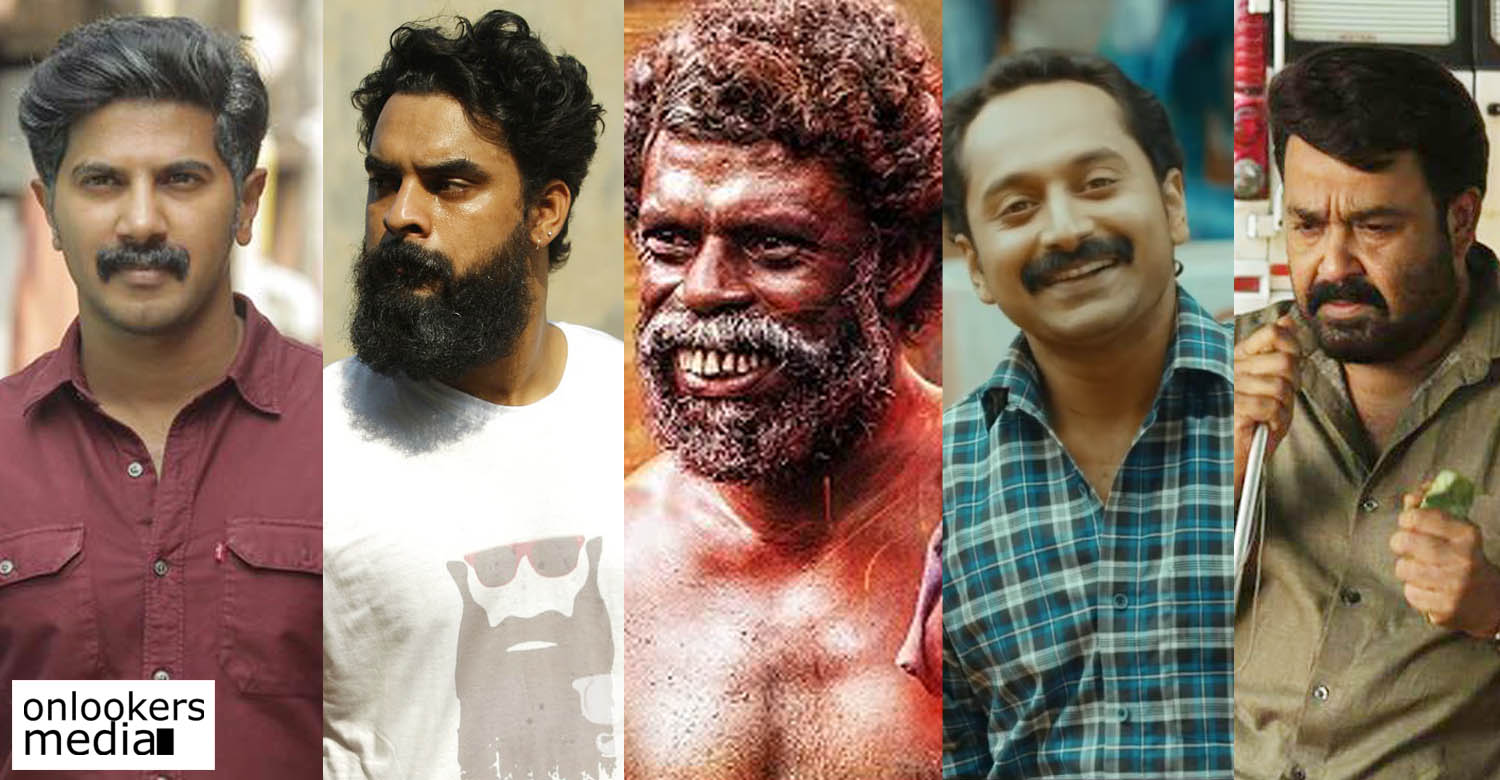 Who will win the Kerala State best actor award for 2016?

It’s that season of the year when the prestigious Kerala State Awards are announced. For the past few years, the State awards has lost it’s value after some controversial decisions by the jury members.

In the past few years, many deserving performers have been overlooked by the jury members and they had to face the wrath of the Malayali audience. The Kerala State Awards for the year 2016 will be announced tomorrow. Let’s hope that deserving performers win the awards and uphold the value of the State awards. Here we take a look at the top contenders and their chances to win the best actor award.

The superstar has three of his movies in the final list- Oppam, Pulimurugan and Munthirivallikal Thalirkkumbol (MVT). All three movies were like chalk and cheese. While he played a blind lift operator in Oppam, he was seen as a wild hunter in Pulimurugan and a middle aged family man in MVT. His performance in Oppam received rave reviews. It was the first time in his three decade long illustrious career that Mohanlal played a full length blind role. Pulimurugan had him in a different zone as a wild hunter. His performance in the high octane action sequences is the major highlight of the movie. At the age of 56, Mohanlal performed stunts that even the younger generation of actors would not dare to do. Ulahnnan in MVT was a comparatively easier one to perform, a kind of role tailor made for him. So with three solid characters, Mohanlal is definitely one of the strong contenders for the top honour.

Dulquer Salmaan also has three of his movies in the list- Kali, Kammattipadam and Jomonte Suvisheshangal. Kali had him in the role of an angry young man who gets caught in a perilous situation with his wife. Dulquer did a great job in Kali but his performance was very much underrated. Similar was the case with Kammattipadam when his performance was overshadowed by Vinayakan and Manikandan Achari. Jomonte Suvisheshangal had him in his familiar zone of a guy-next-door but his acting towards the end during the emotional scenes were commendable.

Vinayakan was stunning as Ganga in Kammattipadam. There’s clearly no second thoughts about that. Ganga’s character was no cake walk. It was a very complex character that had many shades to it and it demanded someone who could get into the skin. Vinayakan’s performance was a revelation. It is very unfortunate to realize that Ganga was his first full fledged role despite being in the industry for over two decades. Social media was flooded with appreciation for Vinayakan when he was awarded the best actor in the CPC Awards. Let’s hope the Kerala State Award committe do not turn a blind eye towards him. Nobody would even have a pinch of complaint if Vinayakan wins the top honor.

Tovino was outstanding as Thejas Varkey in Guppy. Though it was Master Chethan who had the bulk of the screen time, Tovino with his towering screen presence and histrionics grabbed the eyeballs. Thejas Varkey was caring and egoistic at the same time and Tovino did a great job in performing the role with elan.

Fahadh Faasil had only one release during this period Maheshinte Prathikaram. Fahadh played the title role of Mahesh Bhavana in the movie. He once again showcased his ability to get into the skin of the character and deliver a performance that is always a notch higher. With Maheshinte Prathikaram, it was again proved why Fahadh is a cut above all his contemporaries in terms of acting. He certainly deserves the award for his wonderful performance in MP.

So, we have five top contenders with each of them being deserving candidates. Let’s just hope that the jury makes a wise decision while choosing the winners.

Sruthi Hariharan roped in for Dulquer Salmaan’s Solo
Attack on actress; There was a conspiracy against me: Dileep
To Top