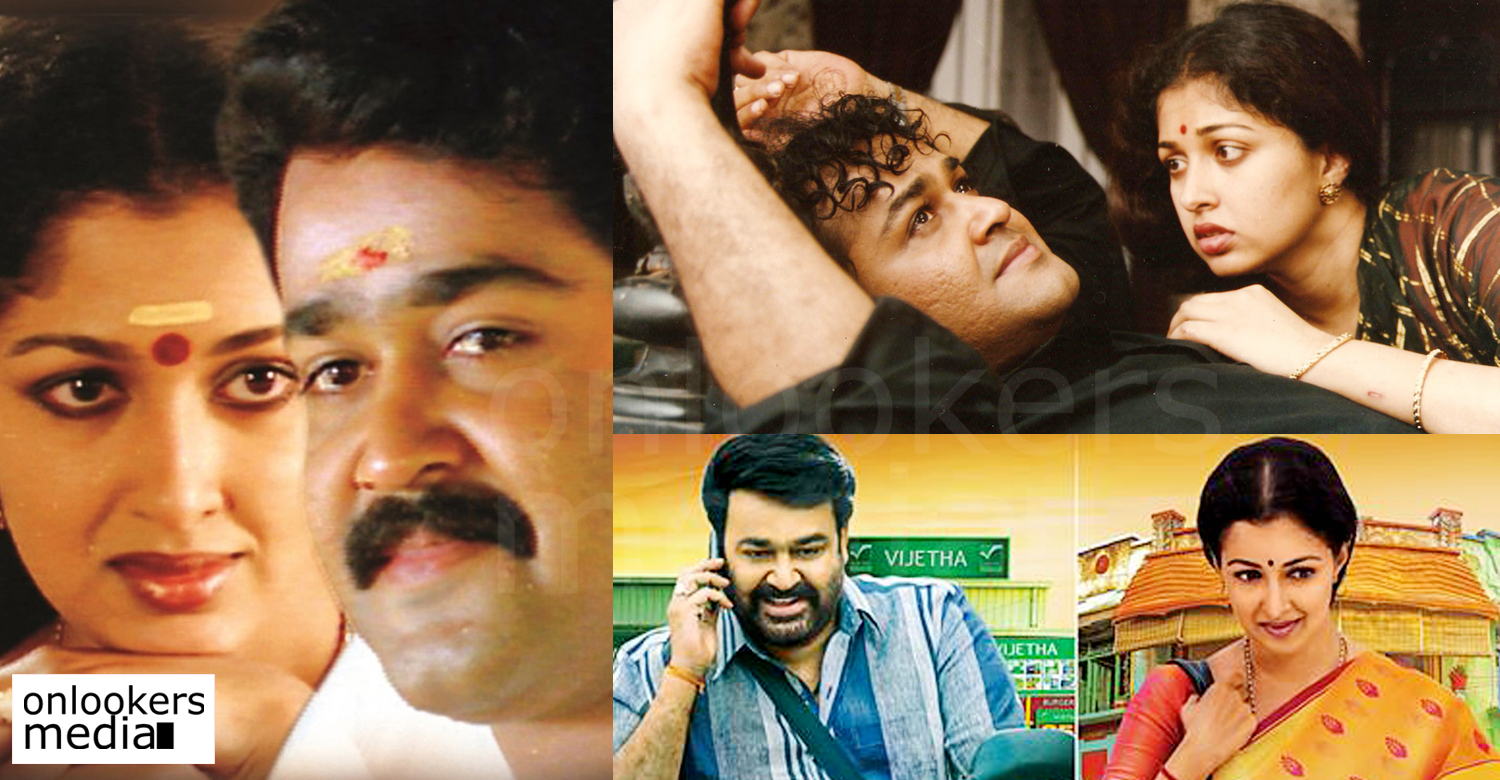 August 5, on this day Mohanlal will create a history in Mollywood as he again become the only star from here who gets multiple language release of his movie on the same day. Years back, his movie Kalapani directed by Priyadarshan had achieved that feat. No other stars from Kerala had got more than 2 language release of their movies on a single day till now. Mohanlal movie Vismayam is releasing in 3 languages on the same day.

It will release in Telugu as Manamantha and in Tamil as Namadhu along with the Malayalam version named Vismayam. Not only in India, but also in overseas market, all 3 versions of the movie will be released. But, people are waiting to see another history repeating again with this movie. It will be related to the onscreen re-union of Mohanlal and Gauthami.

Gauthami is playing the female lead in Vismayam and it is her 3rd film with Mohanlal in her entire career. At first she acted with him in Malayalam, in a movie named His Highness Abdulla in the early1990’s. That film was a super success in box office as well as a critically appreciated one. His Highness Abdulla is one of the all-time classics here in Mollywood. Later she shared screen space with Mohanlal in Iruvar directed by Mani Ratnam, which is considered as the best in the career of both Mohanlal and Mani Ratnam. It regarded as one of the evergreen classic films made in Indian Cinema.

Now, this pair had united again on screen for a Chandrashekhar Yeleti movie, who is a master director from Tollywood. There is all possibilities that this pair may repeat the history with their magical performance.

Mammootty starrer Kasaba to have a big release in GCC
Neha Saxena, heroine of Mammootty did not recognized Mohanlal !
To Top