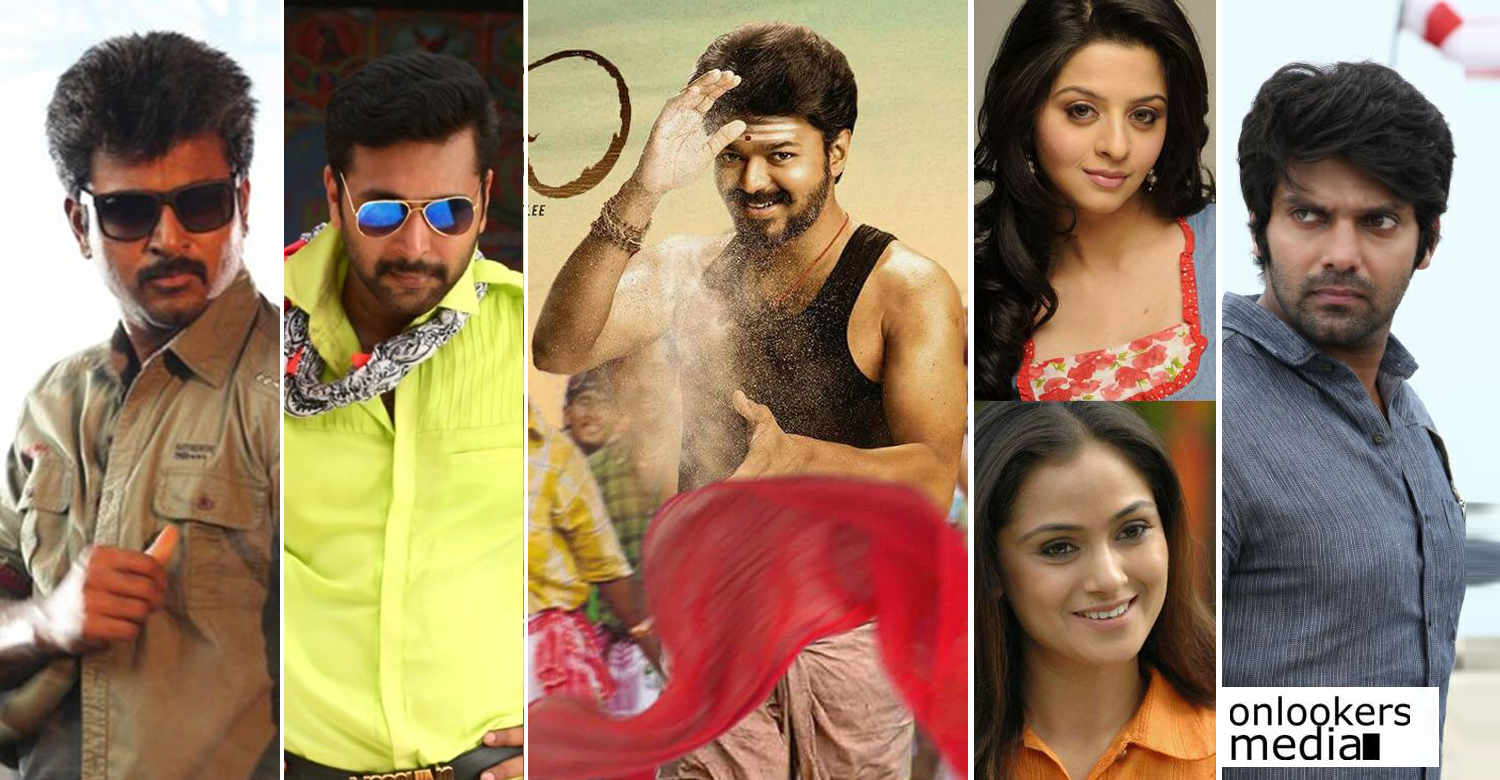 The official teaser of Vijay’s upcoming movie Mersal was released last day via YouTube. With a runtime of 1 minute and 15 seconds, the teaser is packed with mass moments to entice Vijay’s hardcore fans. From the teaser it is evident that the team has spent a huge budget to achieve such jaw dropping grandeur.

Mersal’s teaser has fetched millions of views in YouTube and has already become the most liked teaser in the world. Social media platforms like Facebook and Twitter are abuzz with Mersal. Celebrities also took to social medias to pour in their opinion on the sensational teaser. Jayam Ravi, Anirudh, Simran, Arya, Sivakarthikeyan, Laxmi Rai, Akshara Gauda, Vishnu Vishal, Vikranth, Suza Kumar, Sathish, Vedhika, director Siva, Sayyesha and many others have tweeted about Mersal’s teaser.

Vijay is playing a triple role in the movie and all the three characters appear in the teaser. He is seen as an 80s villager with a twirled moustache, as an extremely stylish magician and a doctor. Editor Ruben’s slick and racy cuts definitely raises the curiosity and forces one want to watch the movie.

Mersal, directed by Atlee promises to be a clean commercial mass entertainer that will appeal to audience of all age groups. The movie has an elaborate star cast which includes three female leads in Samantha, Kajal Agarwal and Nithya Menen. SJ Suryah, Sathyaraj, Vadivelu, Sathyan, Kovai Sarala and Yogi Babu are also part of the cast. Oscar award winner AR Rahman has composed the music.

Baahubali writer KV Vijayendra Prasad and Ramana Girivasan have helmed the movie’s screenwriting along with Atlee. Mersal is the 100th film of the famous production house Sri Thenandal Films. The movie is slated to hit screens worlwide for Diwali in October.