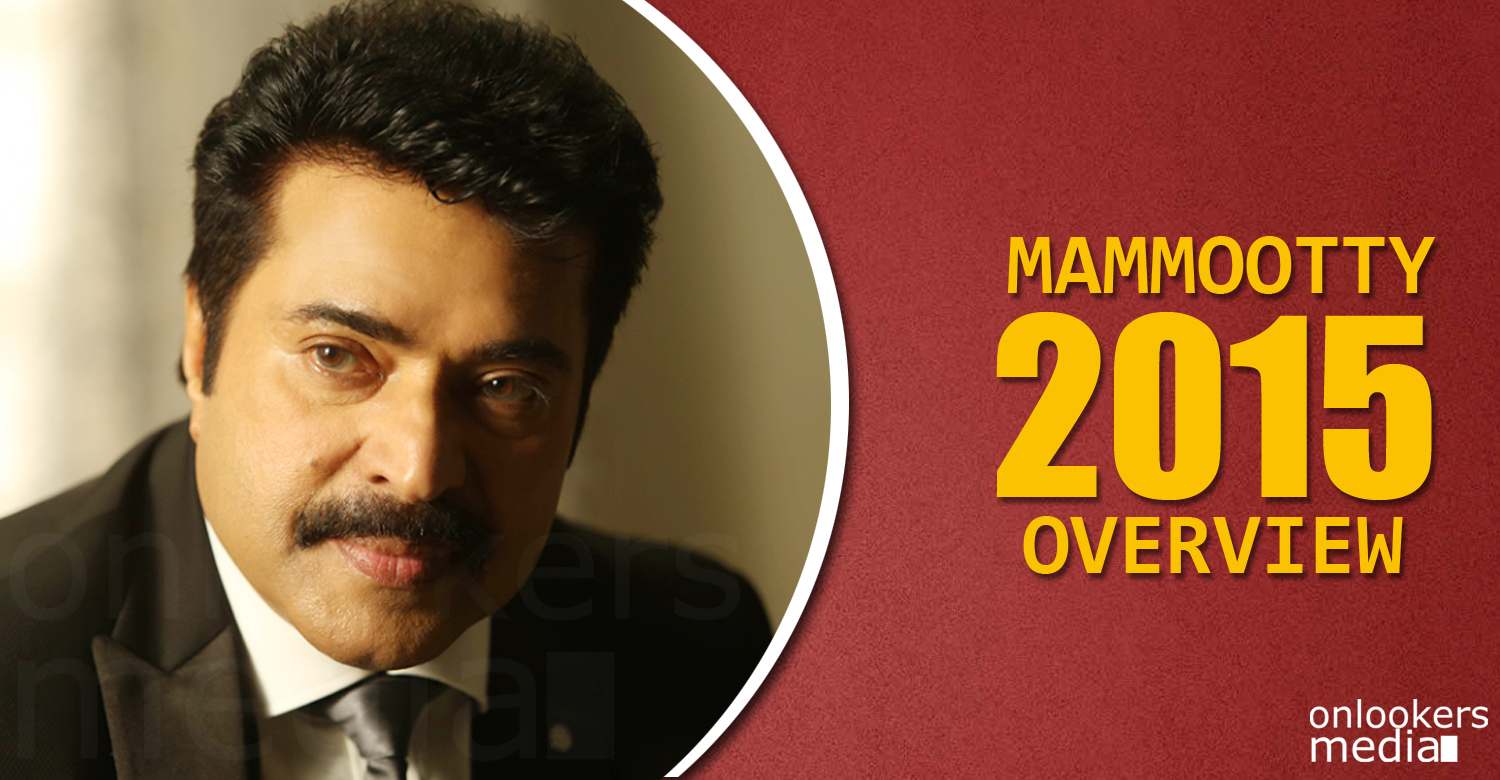 Mammootty 2015 Overview : A mass hit and a class hit saved the year for megastar !

2015 was a year in Mollywood in which we saw some young talents giving sterling show at box office as well as in giving quality films. We saw super stars like Mammootty, Mohanlal, Dileep etc giving only average show as well. Clearly the year belongs to Prithviraj, Nivin Pauly and to Jayasurya as well as he is the one who had given more number of quality performances. When Mohanlal disappointed this year even though showed might at box office, Mammootty’s year was saved by a mass success named Bhaskar the Rascal and a class success named Pathemari. Mammootty had acted in 5 films this year. Out of which he had 2 successes and 2 disasters. One is went about making an average business even though there are difference of opinion about its success.

This was Mammootty’s first release this year and was directed by Deepu Karunakaran. The film which told the life of a fire force officer bagged average reviews and performed moderately well at box office. There was a difference of opinion between the theater owners and producer of the film about is success. Theater owners said that the film is a loss for them but the financer says it had been a profitable venture for them. Anyway the final gross of the film is around 7 crore rupees as per trustable sources.

This Siddique directorial film had given Mammootty, a blockbuster after 5 years. The film released in summer vacation had become a mass hit by collecting around 17 crore rupees in total. The film had even though generated more negative reviews as it was not that good in its quality when compared to Siddique’s previous films.

It can be called one of the biggest disasters in Mammootty’s career. The film directed by Marthandan was a Ramzan release and failed miserably at box office. It does not even grossed 2 cr from box office as per reports. The second consecutive disaster of Mammootty this year. The film was an Onam release of him directed by Kamal. But the film failed to impress the audience and critics at the same time and ended up as another disaster in this year. It had a total gross around 3-4 crore as per reports.

This is the one that really saved the year for Mammootty, as it was accepted by the audience as well as the critics with both the hands. He got great appreciation for his performance in this film as well. The film is now considered as one of the best in Mollywood and in Mammootty’s career as well. As per the latest reports, the film had got around 13 crore from its worldwide gross even though the budget around 6-7 crore made it a hit in financial terms. But as a class film, it is a super hit as well.

2015 has been a good year of Mammootty just because of that mass success of Bhaskar the Rascal and the class success got by Pathemari. It is said to be a good year for him as he was really struggling to place his foot steady at box office for the last 4 years. He does not even got a genuine success after 2010 film named Best Actor. 2015 had gave him that through Bhaskar the Rascal and now Pathemari gave him the chance to prove that, in acting he is still a master.