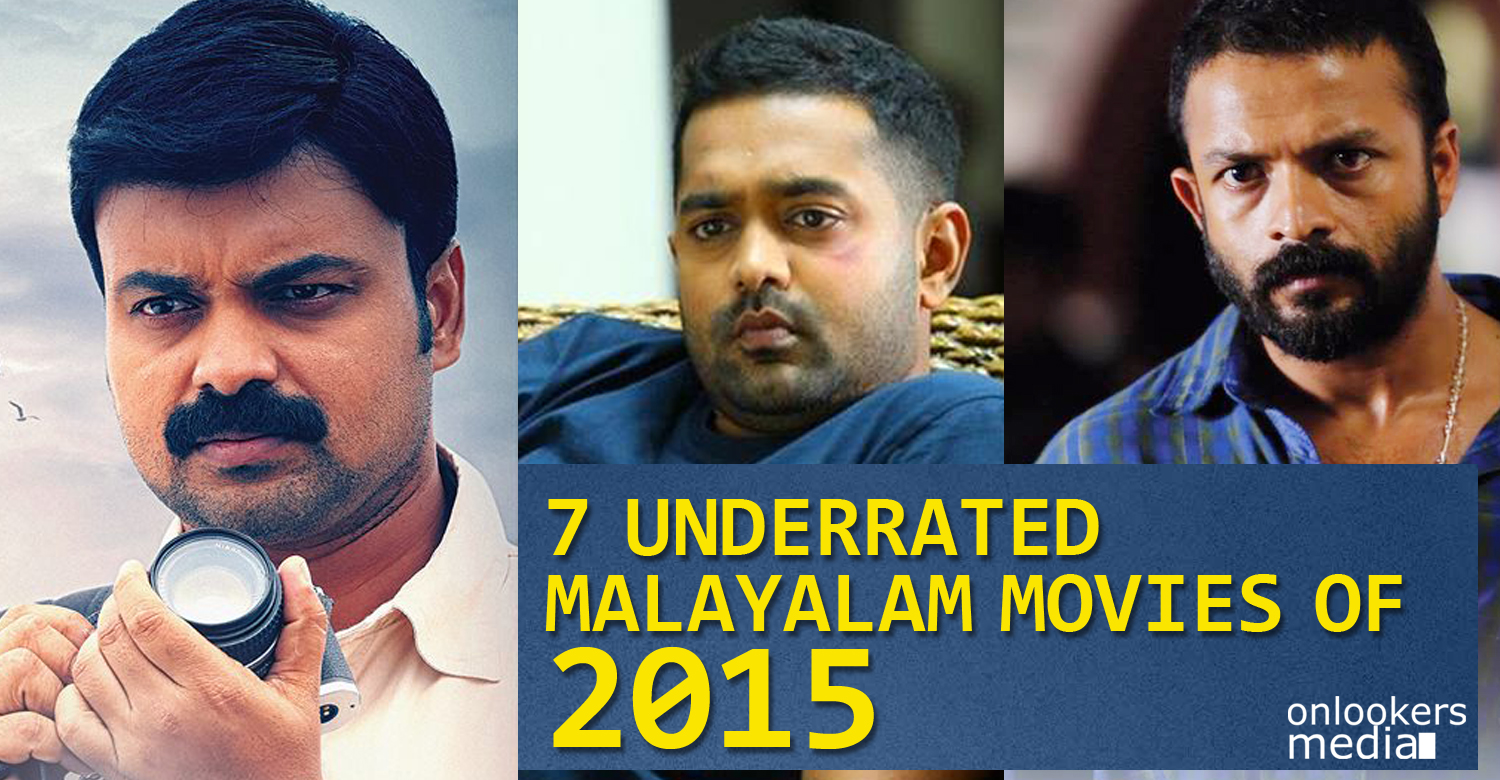 Usually when we analyze the balance sheet of every year in a film industry, everyone tends to look for only those film which made an impact in box office or become very popular among the mass. But there were movie which had made an impact in film festivals, or among critics but not got the deserved recognition from the common audience due to the lack of sufficient number of theaters or due to the absence of big stars in it who actually attracts the common viewers. Those may be low budget film too without much glitter and glamour in it. We are giving you the 7 underrated movies of Mollywood in 2015. This film directed by Dr. Biju had got great applause in film festivals and all that. But this Kunchacko Boban starrer had not made much impact among the common people as it had not reached to them due to the lack of enough number of screens and its low budget prone marketing. But it is considered as the best film which released this year. The film tells the situation of the Endosulfan victims in Kasargod district of Kerala. This one was directed by VK Prakash and scripted by Bobby-Sanjay team. The film had Asif Ali, Nedumudi Venu, Prem Prakash in lead roles. Even though it had a popular team behind it, it had not become very popular in theaters. It had got great critical appreciation. It discussed the social issue which is specially based on life of common people which jeopardized by the political structure. This film is directed by Dr. Biju and the central character in this film is played by none other than Suraj Venjarammoodu. He had got the national award for best actor through the character he played in this film but it was went unnoticed among the audience here as it had not big release and wide publicity due to its low budget. The film’s story revolves around two sweepers and the problems they have to face in their life. CR No: 89 (Crime Number 89) is another film which went unnoticed in 2015. It was directed and written by Sudevan and starring Ashok Kumar, Pradeep Kumar etc. It had got recognitions in film festivals and also in state film awards. The film tells the moral dilemma one had to face in his life course. Ottaal is directed by Jayaraj and scripted by Joshiey Mangalathu. Ashanth K Sha and Kumarakom Vasudevan played the lead roles in this film which is an adaptation of the story of Anton Chekhov titled as Vanka. The film had recognitions in National film awards but not got much attention in theaters. It is written and directed by Aneesh Anwar and produced by Niyas Ismail. The film had Jayasurya in the lead and told the story of a father who is fighting for the life his son who is going through a critical medical condition. Jayasurya’s performance was the highlight of this film. But it was not a box office success here. This film which had got recognition in National film awards, was directed and written by Sidharth Siva. The film had Musthafa and Rachana in lead roles. The story revolves around a lazy but vulnerable muslim young man in Malabar household who accidently witness a murder and later had to elope from his place to save himself from the consequences. It was also went unnoticed as it did not got big release here.