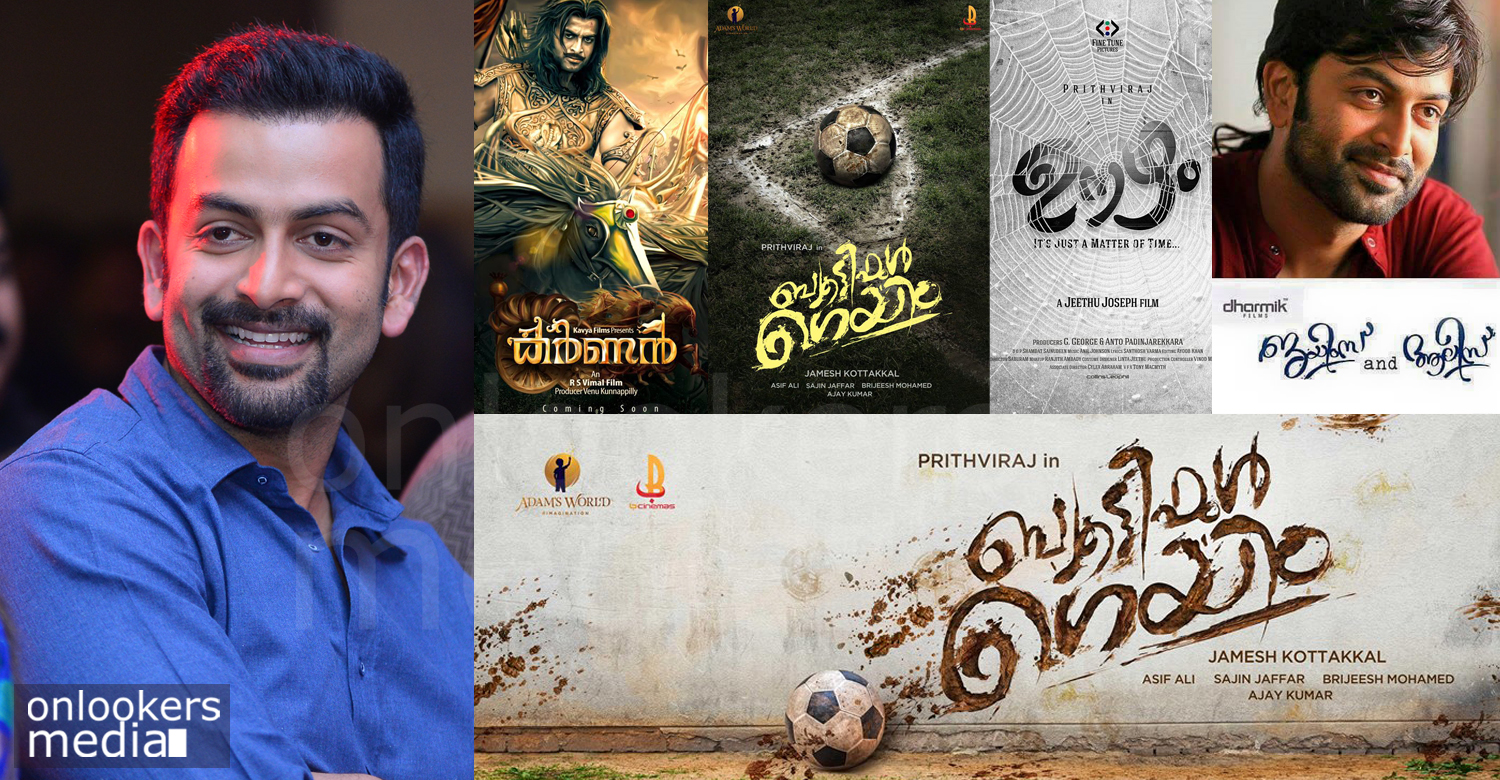 Big projects of Prithviraj is on its way

Young Super star Prithiraj hit a purple patch in his career with success coming one after other. He is now enjoying the 4th success in a row as his first release this year named Pavada also become success. Earlier he had 3 successes in a row last year as he ended the year with the box office victory of Ennu Ninte Moideen, Amar Akbar Anthony and Anarkali. This year also will witness some big projects of him and some of them are already on its way. His next release this year will Darwinte Parinamam, directed by Jijo Antony. The film is slated as a March release this year. The film is produced by Prithviraj’s own production house named August Cinemas. Chandni Sreedharan playing the female lead in this film.

His next release after Darwinte Parinamam will be James and Alice, which is the directorial debut of cameraman Sujith Vasudev. Vedhika is playing the female lead of this film. The film had already started filming. Another film he committed was The Beautiful Game which will be directed by debutant Jamesh Kottakkal. The film will be based on the Game of Football and it will be produced by actor Asif Ali under the banner of Adam’s world of Imagination.

Another film he committed to was Vimanam which will be produced by him and directed Pradeep M Nair. In which he will play the real life character of Saji, who builds an aircraft after being mute and deaf. It will be Prithviraj’s third real life character after JC Daniel and Moideen. The next one in the list of his upcoming movies is a big one and it will be directed RS Vimal, titled Karnan. It will be big budget project based on Mahabharatha and will be produced by Venu Kunnappilly.Then he will have Jeethu Joseph directorial project named Oozham and it is said to be an Onam release of him this year. After

Then he will have Jeethu Joseph directorial project named Oozham and it is said to be an Onam release of him this year. After that he will start the work of the film Aadu Jeevitham directed by Blessy based on the literary work of Benyamin. The next one will be Adam, which will be directed by Jinu Abraham. As per reports he will have a project with Hariharan titled Symanthakam and also another project named Kunchirakottu Kali which may be his own production venture. He also has another project named Ezra directed by debutant Jaya Krishnan as well this year.