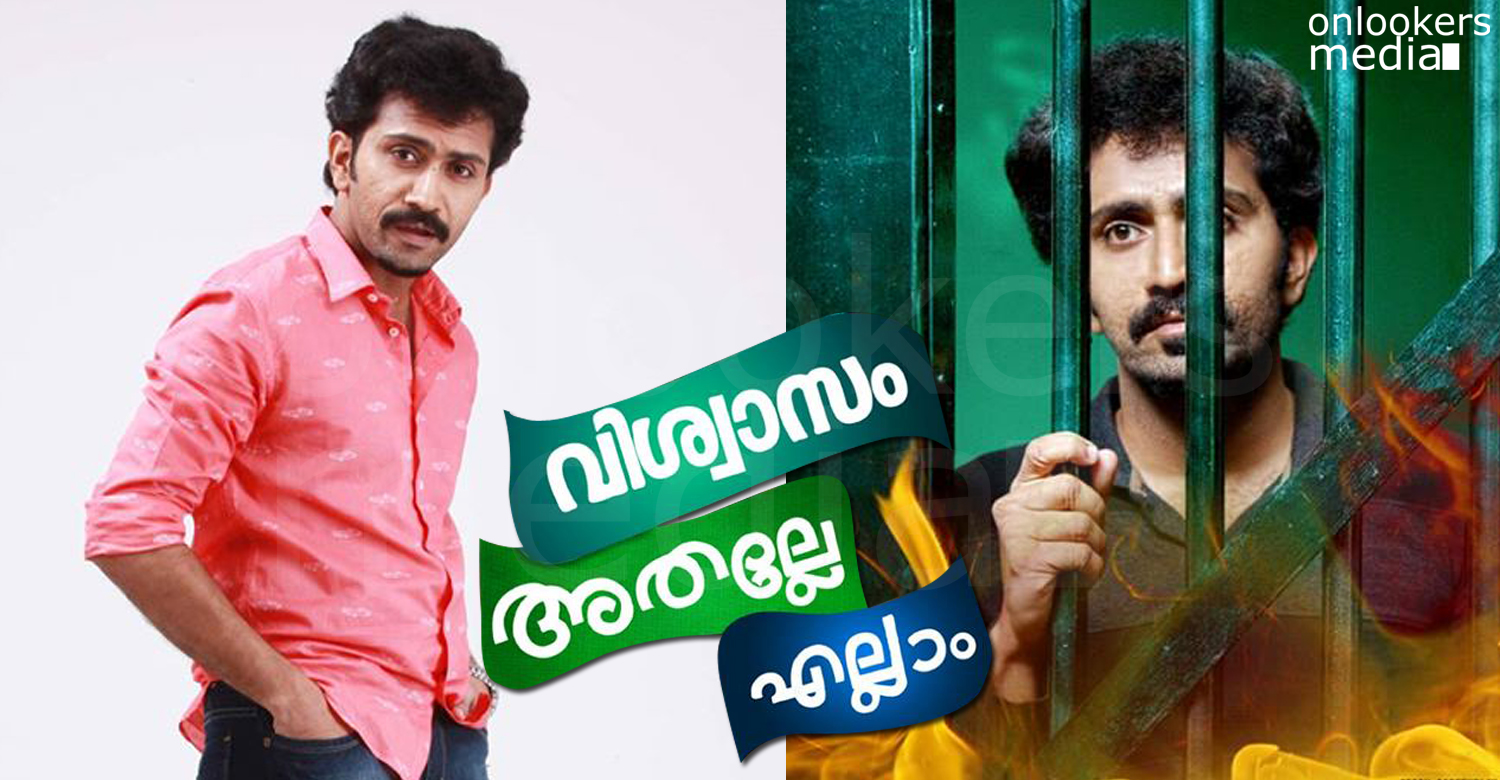 The flick named Viswasam Athalle Ellam directed by Jayaraj Vijayan starring Shine Tom Chacko in the lead role is all set to release all over Kerala in this coming Friday. And this one will be Shine Tom Chacko’s first release after his surprise hit Ithihasa and also the first one after the darkest period of his personal life during which he got arrested in the case of drug possession and had to spent almost 2 months in jail.

The trailer of the flick had got good attention and reception from the part of the audience and many people noticed that the dialogues of the lead character in the film played by Shine had some resemblance with the real life story of shine specially the recent events that happened in his life. But Shine in an interview to Onlookers Media said that there is nothing like that and the story of the film had nothing to do with his personal life.

Shine also said that he had great hopes on this film as he really loved the character and also enjoyed really well during its making. Shine told that he hopes that he had did full justice to the role offered to him by the team behind the film. Shine ensures that the film will not have anything which disturbs family audience and it is for families that this flick has been made. It has very good humour elements and it will make you all of you feel good with its fresh screenplay and honest narration.

Shine said that Viswasam Athalle Ellam is an important film for him as well because it is a sort of his comeback film after all those dark incidents that marred his life for sometime.