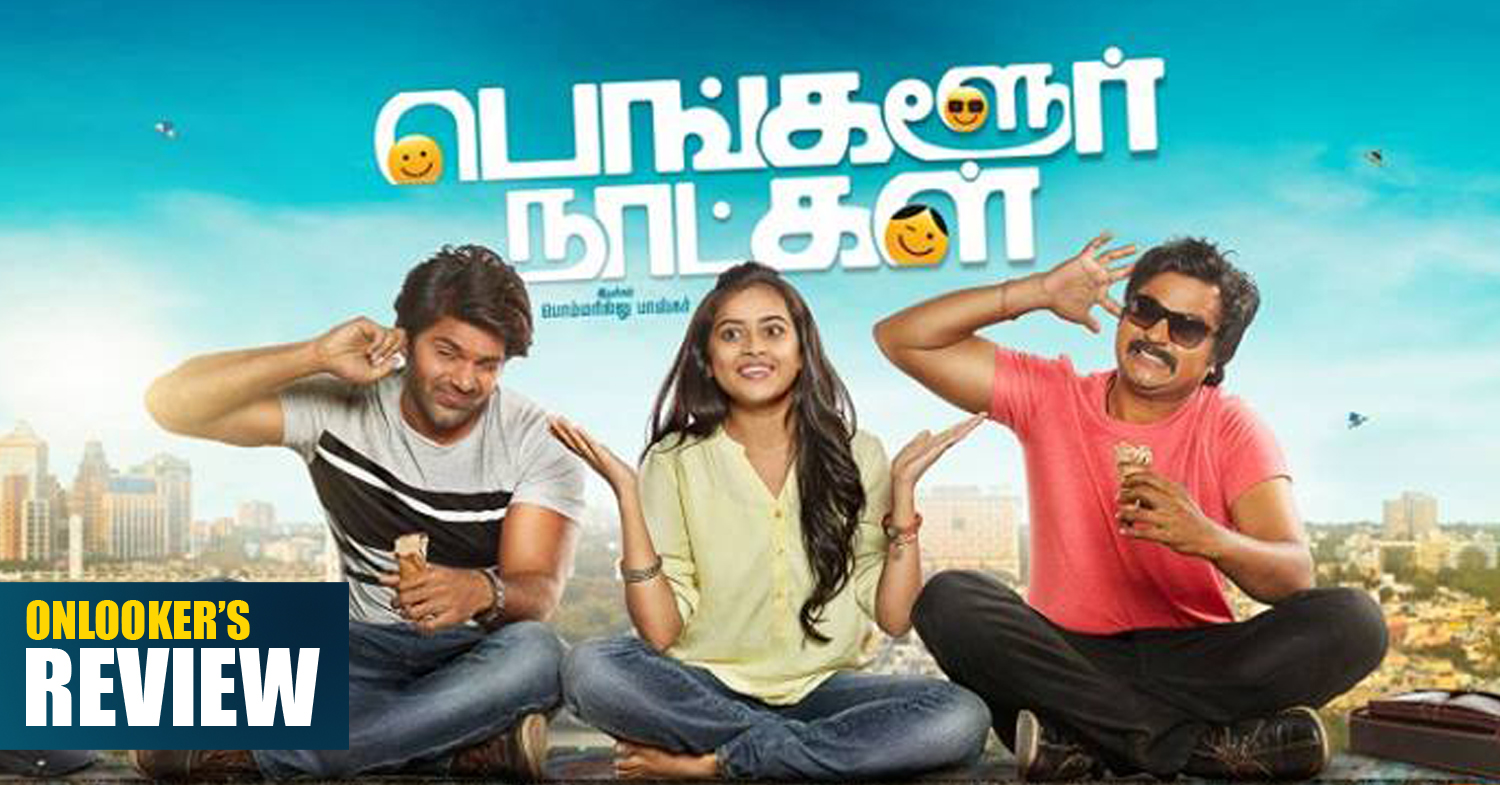 Bangalore Naatkal, the official Tamil remake of the Malayalam blockbuster film named Bangalore Days has hit the screens today. The original Malayalam version scripted and directed by Anjali Menon had become a great success in Kerala as well as in South India as a whole. The film is remade to Tamil with the stars like Arya, Bobby Simha, Sri Divya, Rana Daggubati, Lakshmi Rai, Parvathy etc and it was directed by Bhaskar. Gopi Sundar who had tuned the music for the Malayalam version also given music to the Tamil Version. The film was produced by Prasad V Potluri’s PVP cinemas.

The story of the film is already known to you. It is the story of three cousins played by Arya, Sri Divya and Bobby Sinha and also of those people comes to their life played by Rana Daggubati, Parvathy etc. It depicts their dreams, struggles and adaptation to new living atmosphere etc. It also shows the turning points in the lives while they were at Bangalore.

Have to say that Bhaskar is failed to create the magic created by Anjali Menon in the original version. The emotions were not carried out well by the actors as well as the screenplay when adapted to Tamil loses its depth and charm as well. Rana Daggubati was good at parts. But others such as Arya, Sri Divya, Bobby Simha etc were not up to the mark when we consider the performances of Nivin Pauly, Dulquer Salmaan and Nazriya in the Malayalam version. Rana Daggubati also no way near the performance of Fahad Fazil but managed stand up somehow specially in the flash back scenes with Samantha. Samantha and Prakash Raj does not created much impact as they have only cameos to play.

Parvathy had did a fantastic job again and Saranya Ponvannan also did a fabulous job and at her witty best as well. Casting and screenplay let the film down. Gopi Sundar’s BGM was very good and songs also lived up to the expectations. Guhan’s DOP was nice and he had given hisd all in it. But editing was not satisfying and it had created a jumpy effect all over the film.

In total, Bangalore Naatkal is only an average affair only for the storyline and also for the performances of artists like Rana Daggubati, Parvathy Menon and Saranya Ponvannan.