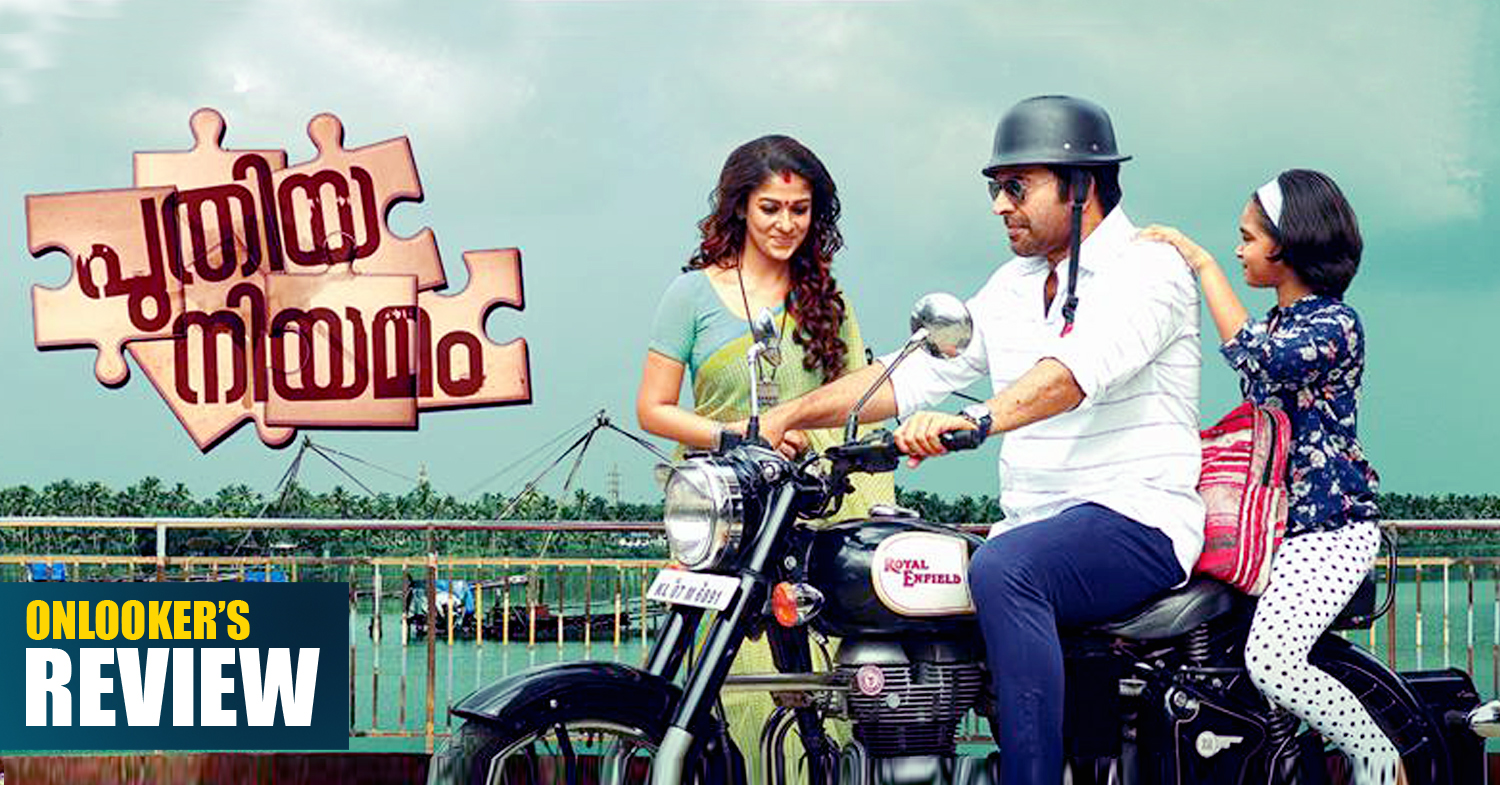 Puthiya Niyamam is the big release of Mollywood today, and it was one of the much anticipated one as well. You all know the reasons for that anticipation level. First of all it is Mammootty-Nayanthara starrer flick. This pair had given us one successful film last year as well. Then the fact that it is a thriller written by AK Sajan who had in fact written some great thrillers before in Mollywood. There were other reasons as well such as the reports like it will be a film which will stand above Dhruvam which was earlier written by AK Sajan and SN Swamy together for Mammootty-Joshiey team and there were even reports that this will be the one which at last going to break the collection records set by Mohanlal’s Drishyam etc.

The plot of this flick revolves mainly around the characters played by Mammootty and Nayanthara who are husband and wife. Mammootty playing the character named Advocate Lois Pothen and Nayanthara plays his wife named Vasuki Iyyer. The story begins with some indifferent behavior of Vasuki played by Nayanthara. Louis is unaware of what really the problem is with her. Then towards the end of first half we learns that there is a serious problem that had occurred to their family and then the film shows how they resolves it.

There were some anxiety among the mind of film lovers that how this film will come out from the hands of AK Sajan, whose earlier directorial ventures are Lanka and Asuravithu, which were in fact box office failures. But this time AK Sajan had responded well as the script written by him was air tight and he had made it well as well when compared to his previous films. The whole process was firmly under his control. Even though at some parts the grip of him as a writer seems to be weak, as the thrill faded away while the film went slow. Roby Varghese Raj’s cinematography was very good and Vivek Harshan’s editing had made the flick crisp. Gopi Sundar’s music was good at places and at some parts it become unbearable as well. The film follows a medium pace throughout and gets the speed only at the climax part.

Mammootty and Nayanthara was the central pillers of this film. Mammootty was stunningly handsome in this flick as well and he was just sizzled as Advocate Louis Pothen. His certain smiles, silences etc were enough to show the cunningness and sharpness of the character. But compared to Nayanthara he had less screen space till the climax part. Nayanthara again rocked with another great performance. Once again she proved that she is one among the actresses now who can stand head to head with Mammootty when it comes to acting. The pair was looking very much convincing out there. Other artists like Baby Ananya, Sheelu Abraham, Rachana Narayanan Kutty, Aju Varghese, Sadiq etc also done their part well.

On the whole Puthiya Niyamam is a onetime watchable thriller, which will not let you down if you go with less expectation.