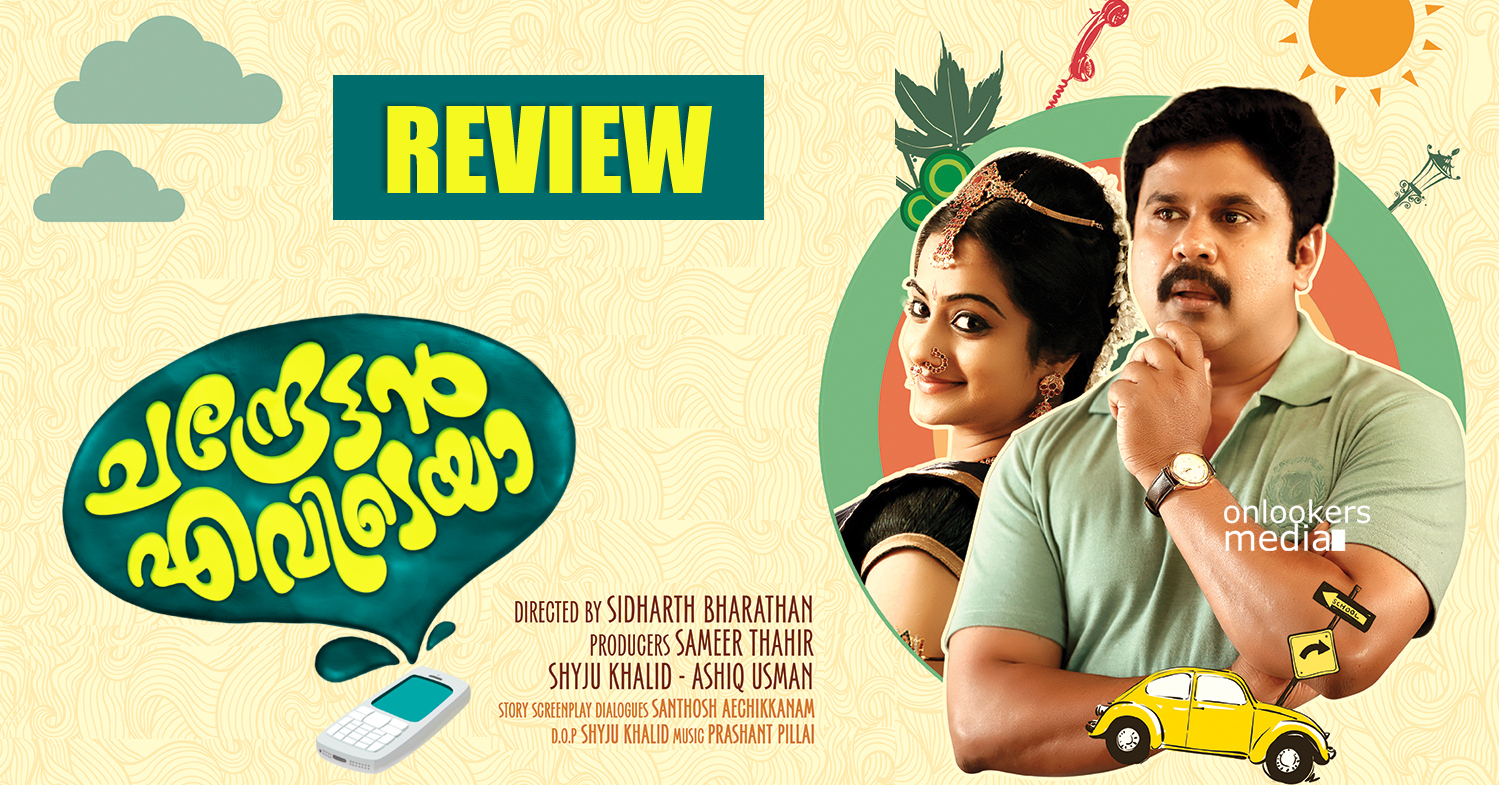 After some setbacks at box office recently, our popular actor Dileep was in a position of losing his grip at Kerala box office and what he needed was well appreciated commercial success. And the search of him for such a subject took him to Sidharth Bharathan and this team’s first association named Chandrettan Evideya released today on 2015 May 1. The fans and admirers of Dileep as well as the neutral film viewers pinned their hopes on this film because it is a Sidharth bharathan directorial and Santhosh Echikkanam penned film, the team which gave us the critically acclaimed new version of Bharathan’s Nidra and it was Sidharth Bharathan’s first film as well. Even though Chandrettan Evideya is Sidharth’s second venture, it can be considered as the first out and out Sidharth Bharathan film as the first film of his named Nidra was only a modern version of his father Bharathan’s film which we saw long years back and that was indeed a classic .

This film had tried to bring to us the life of our present generation and the way in which their thoughts are going in a very humorous way and the film had very much succeeded in that aspect. It is also a joy to watch Dileep at his best and in good form as the film had really brought back the actor in Dileep whom we saw in films like ‘Ishtam’ and people really seems to have loved that Dileep characters due to the natural innocence he posses while playing those ones. We can see that ‘real and lovable’ Dileep in Chandrettan Evideya.

Chandrettan’s plot revolves mainly around 3 characters played by Dileep as Chandra Mohan, Anusree as Sushma and Namitha Pramod as Geethanjali. Anusree plays the wife character of Chandra Mohan who is a kind of possessive about her husband. And in one of their family tour to Thanchavoor they happened to see an astrologer who tells them about the previous birth of Chandrettan and tells them that the love of his previous birth named Vasantha Mallika will come to him this birth also. Then the story takes a very interesting turn as Chandramohan thinks about it constantly and Namitha Pramod’s character named Geethanjali come across his life who is a dancer just as Vasantha Mallika was 1000 years ago.

The choice of artists for the film is turned out to be one of its highlights as everyone including Dileep, Mukesh, Anusree, KPSC Lalitha, Namitha Pramod, Chemban Vinod Jose, Vinayakan and all others really lives as those characters given them to play. Namitha pramod had given a very matured performance compared to her earlier films and looks gorgeous as well in this flick. Anusree is just fantastic as Sushama and she gave a lively and intensive show of her talent on the screen. The flick goes forward in a very fun filled yet classy way and Dileep is the real boost of this film with his Sterling screen presence and performance. The pace of the film is a medium one which may feel a bit lagging for some people.

Prashant pillai’s music was just raised the level of the film and Shyju Khalid’s DOP is superb as always. Shyju Khalid along with his pals Sameer Thahir and Ashiq Usman really deserve an appreciation for financing the flick. This film is for every kind of audience who love to watch classy entertainers and this is indeed one that came to that list. Sidharth Bharathan had done this time a great job as the director and Aanthosh Echikkanam’s script was really a good one to compliment the skill of the director.