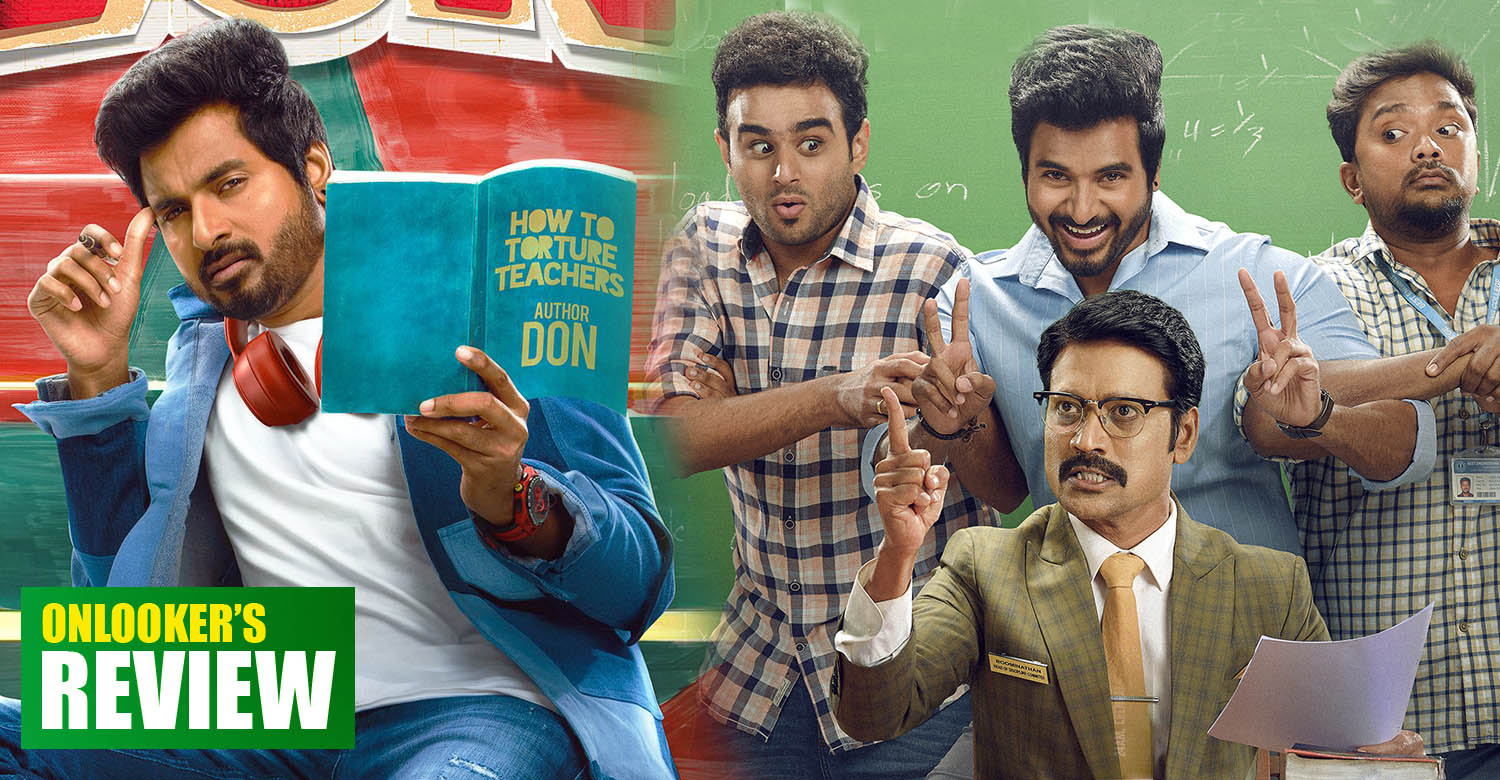 Don: Sivakarthikeyan lights up this cracker of an entertainer

From the promos, Sivakarthikeyan’s ‘Don’ promised a colourful campus based entertainer. The star is playing a college student’s role for the first time in his career and a campus film always excites youngsters. Let’s see if it delivers what it promised.

‘Don’ begins with Sivakarthikeyan’s character Chakravarthi risking a tough road journey from Idukki to his college in Tamil Nadu. The film is narrated from his perspective during this drive. From his childhood, Chakravarthi is in search of where his real talent lies. He wants to prove a point to his controlling father that one can succeed in life even without being academically brilliant. Even after his father forces him to join engineering, Chakravarthi is still in pursuit of his real life. Whether he manages to find one and succeed in life is what ‘Don’ says in an out and out entertainer format.

Sivakarthikeyan is best suited for roles like these where he can play to his strengths — comedy, dance, and romance. In this film, the actor is good with emotions as well. The final act, which is emotionally stirring is done effectively by Siva.

The initial college portions are high on comedy. SJ Suryah plays Bhoominathan, a strict college professor in the film and his encounters with Chakravarthi make way for a lot of fun moments. Sivakarthikeyan’s ‘Doctor’ co-star Priyanka Arul Mohan is the female lead in this film as well. Like in the previous outing, their chemistry works superbly.

‘Don’ also star Sivaangi, Bala Saravanan, Radha Ravi, Soori, Munishkanth, Kaali Venkat and RJ Vijay in supporting roles. Sivakarthikeyan’s frequent collaborator Anirudh is the composer for the film and it goes without saying that music is one of the biggest highlights of ‘Don’. The already chartbuster songs ‘Jalabula Jangu’ and ‘Bae’ are enjoyable in the film.

In a nutshell, ‘Don’ is a paisa vasool entertainer with Sivakarthikeyan in great form.