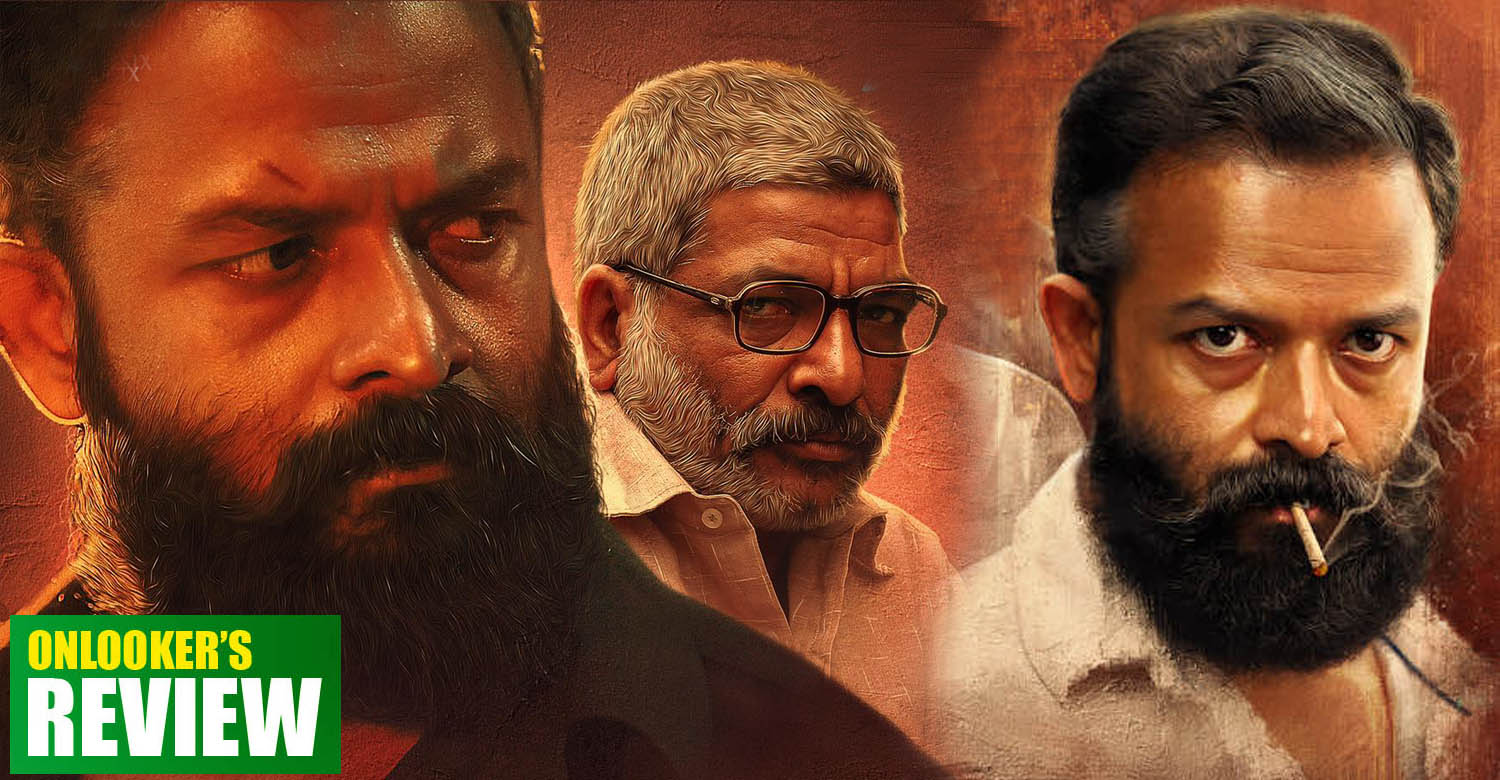 Eesho Review: Bland and predictable from the word go

After the blockbuster success of ‘Amar Akbar Anthony’, Jayasurya and Nadirshah team up for ‘Eesho’. Unlike their maiden collaboration, which was a comedy entertainer, ‘Eesho’ is intended as a thriller. The problem with the film is, only the intentions are right. The execution falters big time.

‘Eesho’ revolves around Ramachandran Pillai, an ATM security and his chance encounter with a shady guy on a rainy night. Pillai is the target of a high profile businessman because he has witnessed a sexual assault and is about to testify it in the court. On the night before, a contract killer is hired to murder Pillai and make it look like an accident. With two primary characters and an impeding danger, all set over the course of a misty night, ‘Eesho’ could have been a gripping thriller. But it’s anything but that.

Jayasurya and Jaffer Idukki try their best to salvage the film despite poor writing. Both the actors come up with realistic performances and engage the viewer whenever they both appear together on screen. Supporting actors like Suresh Krishna, Namitha Pramod and Johnny Antony have nothing much to do in the film.

Jayasurya’s character is supposed to bring in a lot of mystery, but the opening track involving a tragic mother-daughter story gives away his role in the film. If only the makers had kept the cards closer and not expose anything so early, there would have been some suspense element in the film. One of the very few good things about the film is the runtime.

In a nutshell, ‘Eesho’ is another revenge-seeking thriller pulled down by mediocre writing and inefficient craft. For the talent that he is, Jayasurya should definitely revamp his script selection process.