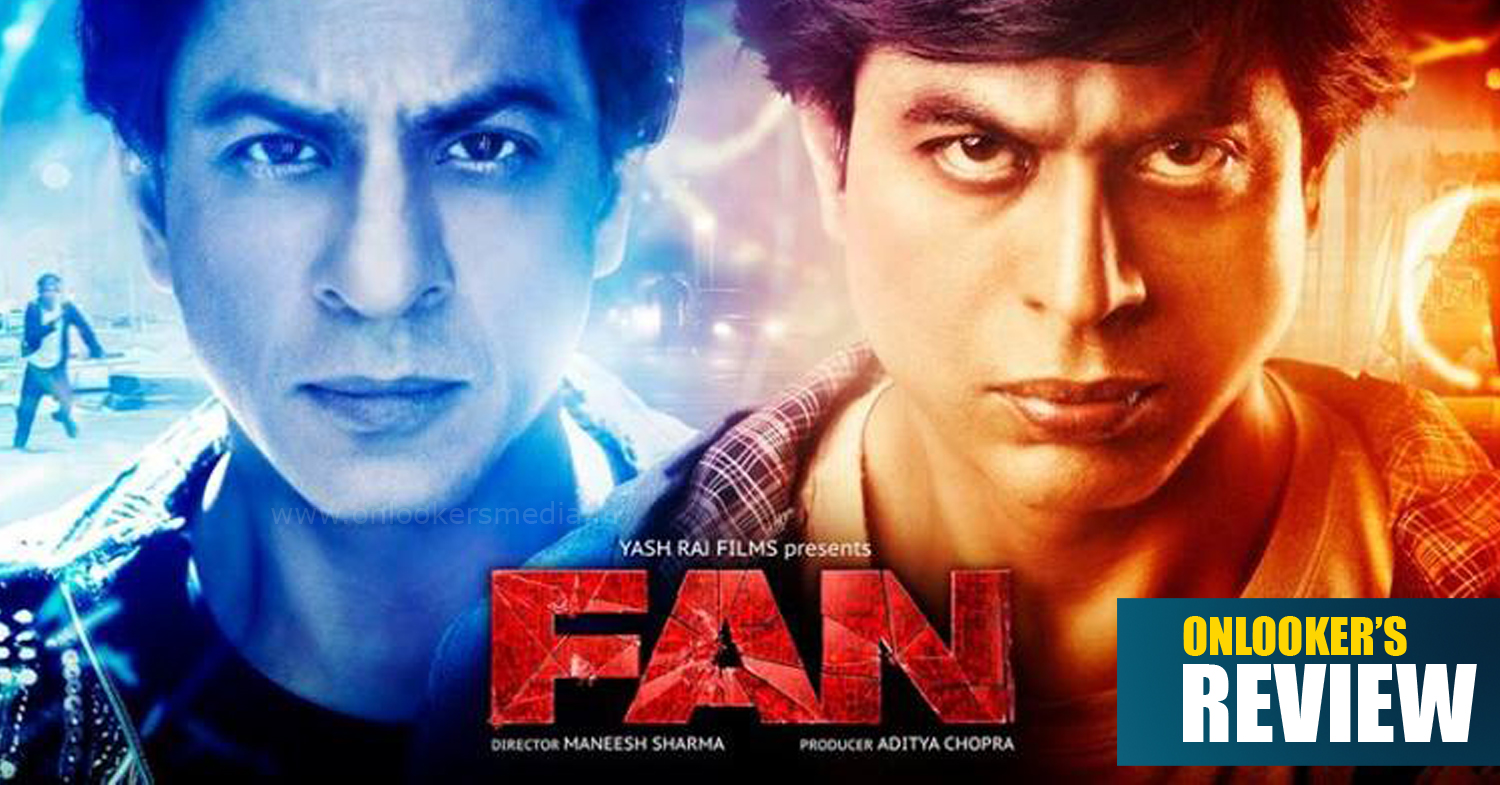 The much awaited Bollywood flick Fan, directed by Maneesh Sharma and starred by Shahrukh Khan is released today. The film arrived among a lot of expectations as Shahrukh Khan’s last two films Dilwale and Happy New Year were not raised to the level of expectations. Happy New Year had become a box office success nevertheless, but Dilwale was a disaster at box office as well. So this Maneesh Sharma directorial thriller in which Shahrukh Khan played dual role created lot of hype as fans believed that this one will make the grand return of the King Khan to the success track.

The plot of the flick reveals around Gaurav Chandna who is a big fan of super star Aryan Khanna. His dream is to meet Aryan Khanna personally and spent 5 minutes with him taking some photographs and just give a hug to him. He is known by the name of Junior Aryan Khanna in his colony as he walks, talks and does everything in the style of Aryan Khanna. Even his face has great resemblance to Aryan Khanna. One day Gaurav went to Mumbai to meet Aryan on his birthday and there some unexpected incidents happens. He even though met Aryan there, it was not a friendly meet at all. Some events happened there made Gaurav the biggest enemy of Aryan and then the film follows the path of a thriller which shows Gaurav’s revenge on Aryan and film also shows how Aryan trying to resolve this situation.

Maneesh Sharma did a decent job by making an emotional thriller. But we have to say that it is no way near his debut movie Band Baaja Baaraat, When it comes to the way he controlled the film. The narration lagged at many parts and the makeup of Gaurav was looking really weird at times. The dialogues were good but the film had lost its flow many times. The film does not have a great number of songs and mostly riding on background music. But we have to say that the background scoring was not too good as well. Andrea Guerra is the one who tuned the background score.

When it comes to performance, Shahrukh Khan had really gave his best as Gaurav and also as Aryan. It was he who shouldered the burden all alone and it was only for him that people sit throughout the movie. There film can be a good one if they went for a more realistic way of narrating the story. They tried to give heroism to Gaurav in the second half and when Gaurav does heroic things, Aryan naturally became like a super hero kind of character, specially, in the scenes when he chased down Gaurav at London. That felt a little awkward as they are showing the real life of a super star, but he does things as he is doing it in reel life. Manu Anand’s DOP was good and really created the atmosphere that needed to tell this story.