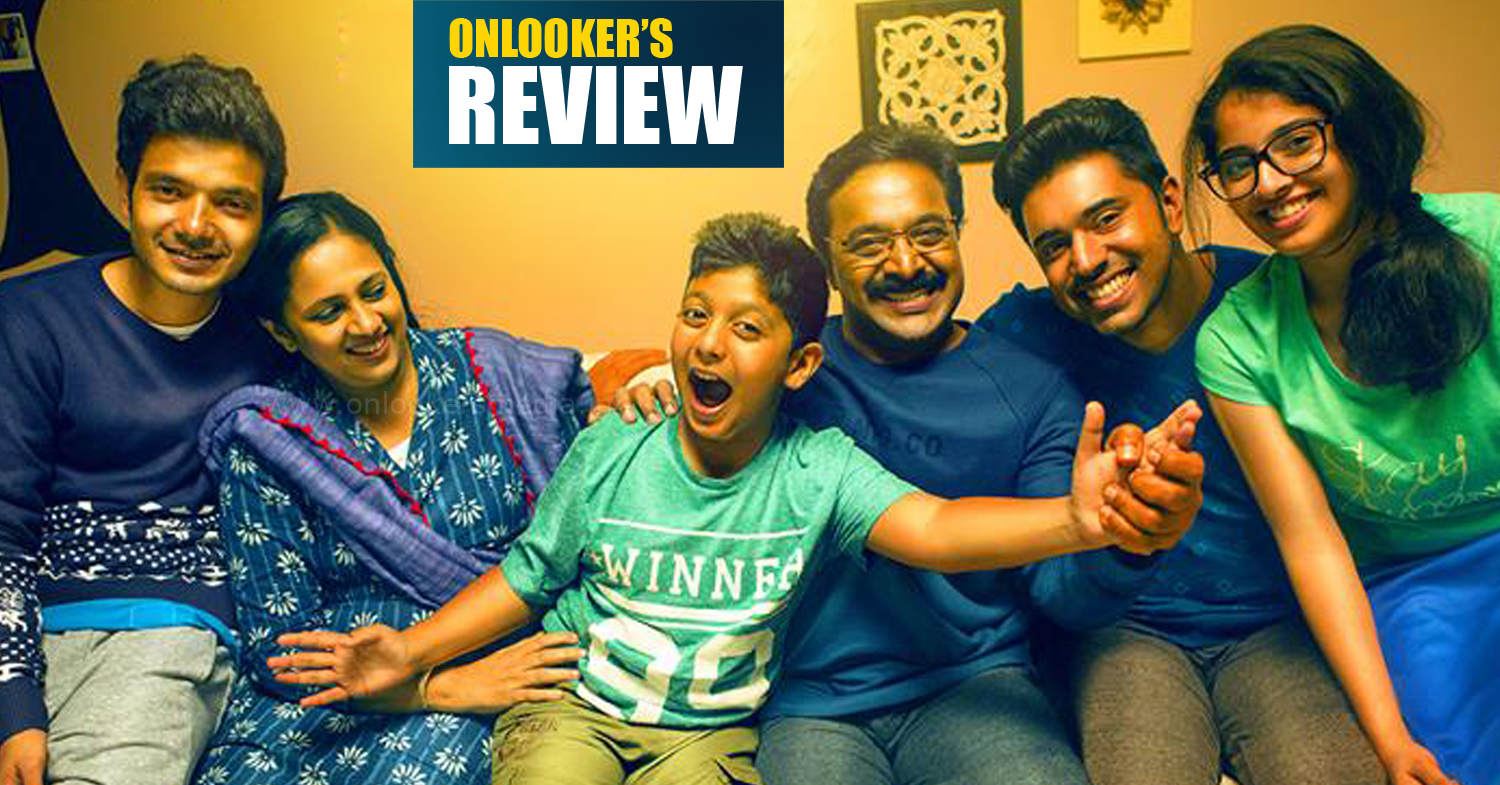 The big release in Mollywood today is Jacobinte Swargarajyam, which is written and directed by none other than one of the most trustable film makers of our young generation, Vineeth Sreenivasan. Young star Nivin Pauly, who also emerging as one of the most dependable young star here in Mollywood plays the male lead in this movie. This will be the third time, Nivin Pauly is playing the lead in a Vineeth Sreenivasan directorial film. Earlier they had done Malarvadi Arts club, (which was the debut film of Nivin Pauly as an actor and Vineeth Sreenivasan as a director) and Thattathin Marayathu and both films became successes.

So the anticipation level for this third union of them is so high. The Nivin Pauly-G Prajith film Oru Vadakkan Selfie (2015) which was scripted by Vineeth Sreenivasan also became a success which made this pair a 100% successful film maker-actor pair in Mollywood now. So when we are stepping in to the theaters for Jacobinte Swargarajyam, the level of expectation is damn too high.

The film revolves around the family of Jacob played by Renji Panicker. He had 4 children named Jerry, Ammu, Chris and Abin played by Nivin Pauly, Aima Sebastian, Stacen and Sreenath Bhasi. He is an iron businessman in Dubai and leading a happy life with his family. Jerry assist him in his business as well. But the global economical recession had hit his business and later he was cheated by one of his friend named Ajmal. That affects their life big time and they land in great financial crisis. Then Jacob had to go to Liberia for a business meeting to sort out things. The movie really picks up from there where Jerry starts to fight for his family.

Vineeth Sreenivasan had done it again as he had created just another gem of a movie which will make you happy and satisfied. The screenplay by him is fabulous and the way in which he narrated the story as a director speaks volumes about this man’s caliber. He made the movie special for family audience and youth alike. The perfect mixing of elements that satisfies both is the positive of the plot as well as the making style. The music of Shan Rahman had contributed big time to make this happen as well. The songs were beautiful and the background scoring also really made the audience to get in to the atmosphere that is created in the plot.

Jomon T John, we all what a magician he is with his camera and he had done the magic again with some beautiful frames. Even if the film is shot in Dubai, his frames gives the feel that we are in a familier atmosphere of our home and even the unknown places looks familier to us. Ranjan Abraham’s editing also enhanced the viewing experience of the film as it really created the pace which the flick needs to make the audience glued to their seats.

Nivin Pauly once again done a great job when it comes to the performance level. He is maturing as an actor with each films he does and he is becoming more natural too as an actor. The character named Jerry has all the mannerism you expect from him and you will love it as well. At the same time he had did a great job in the emotional scenes too. He was well supported by fabulous performance by Renji Panicker who had played the title character of Jacob. This may be the best character Renji Panicker done so far in his career.

Other notable performance were came from artists such as Sreenath Bhasi, Lakshmi Ramakrishnan, TG Ravi, Sai Kumar, Ashwin Kumar etc. Vineeth Sreenivasan’s character and his dialogues were superb too. The new faces Aima Sebastian and Reeba Monicka John who played Ammu and Chippy respectively had done a graceful job as well along with the above mentioned experience artists.

On the whole Jacobinte Swarga Rajyam is the best film released in this summer so far in Mollywood. It is a perfect mix of youthful energy and family sentiments. This one can be considered as the best from Nivin Pauly- Vineeth Sreenivasan combination and will remain in your heart for long.