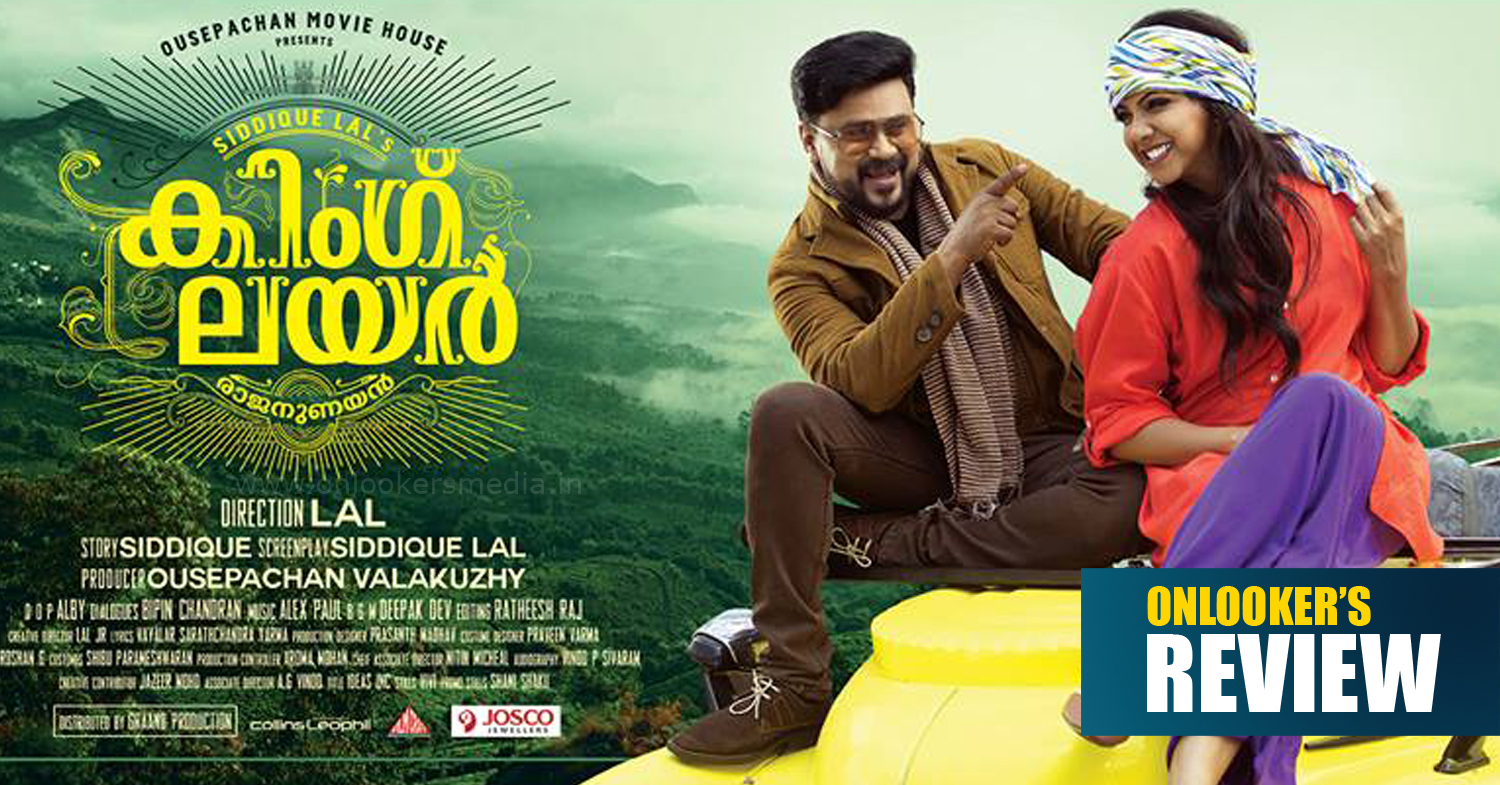 The first big release of this April in Mollywood had come today all over and it is indeed a big one. We are talking about King Liar, starring popular actor Dileep and Premam movie fame heroine Madonna Sebastian. But the factor that made this film a highly anticipated one is the reunion of Siddique and Lal after 22 years for a movie. When popular actor Dileep joins them, it had made the reunion quite a big one. Siddique had scripted this film and Lal had directed it. Dialogues for this film is written by Bipin Chandran. Ouseppachan Valakkuzhy who produced the first film of Siddique-Lal team produced this one also and was quite an important one who had made this reunion of this duo possible.

The flick mainly revolves around the characters played by Dileep and Madonna Sebastian. Dileep plays Sathya Narayanan and Madonna plays Anjali. The flick begins with an issue that happens in the Anand Varma family, who were big business magnets in Dubai. Lal plays Anand Varma and Asha Sharath plays Anitha Varma, his wife. Then the story shifts to the life of Sathya Narayan who makes his living by telling lies and doing fraud activities like fake certificate making with his assistant Antappan, played by Balu Varghese. Sathya Narayan falls in love with a girl named Anjali. But he tells a fake name Naran to her and pretends that he is a big businessman to win her heart. Later when finds out he is telling lie, she tries to stay away from him and the film follows his efforts to win her back with the help of Anand Varma who accidently comes to his life and makes a deal with him.

We have to say first about the direction of Lal. Definitely he is succeeded in making this film as a complete entertainer for family audience as well as for the youth. But at the same time the flick is not raised to a level which we expect from Siddique-Lal team. The screenplay by Siddique and Lal is a decent one with good comedies and emotional elements. In the first half of the film, they had really shown what they are. It was really hilarious. But in the second half it gives us a feel that something is missing somewhere and it did not give us a complete satisfaction that we usually get from Siddique-Lal movies. Bipin Chandran’s dialogues were good but lacked the punch at many places and looked very artificial too towards the end.

The main positive of the film lies in the performance side. Dileep once again sizzled on screen as he had just give all his energy to make Sathya Narayanan dynamic. His looks, expressions and dialogue delivery was superb as usual and his ability to make a mediocre joke look like a good one through sheer performance level is visible in this flick too. It was he who carried the film forward almost single handedly till the end. Balu Varghese was the real show stealer as his killer support for Dileep was another highlight of the film.

Supporting actors like Asha Sharath, Kanaran Harish, Lal, Natasha Suri, Joy Mathew etc done a decent job. Madonna Sebastian as the female lead had done a good job but the only negative we felt was the heavy makeup that she used in this film. It was made her character and sometimes her performance unconvincing at many parts. The natural cuteness was missing from her which we saw in Premam. But she did not disappointed as an actress. Alby’s cinematography was good as he really captured the beauty of Dubai in the film. Alex Paul’s songs and Deepak Dev’s re-recording was good as well even though not extraordinary.

In total, King Liar is a fun film which has all elements you want to see in a Dileep film. The popular actor had done his best to entertain you and you will not be disappointed as well. Siddique and Lal duo had done a better job when we consider the last films which they made independently. This one is far better than those films. So you can watch this film and enjoy this vacation time with your families.