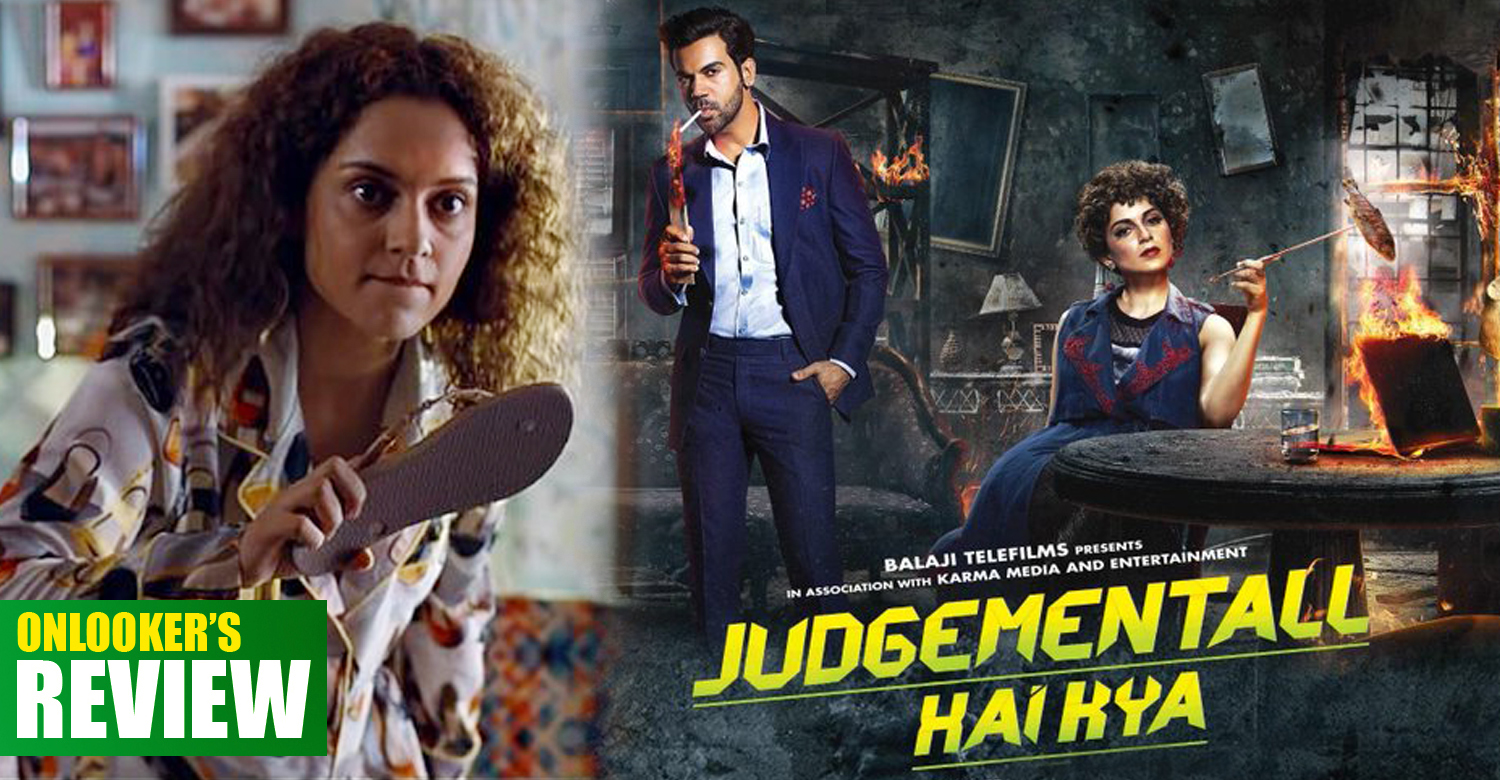 ‘Judgementall Hai Kya’ starring Kangana Ranaut and Rajkummar Rao has hit screens today. The movie directed by Prakash Kovelamudi is a quirky psychological black comedy. It comes with the tagline ‘One Mystery. Two Suspects’. So there’s a murder mystery angle as well.

Kangana plays Bobby Grewal Batliwala, who is a slightly eccentric young woman. She is burdened with unresolved childhood trauman and has constantly been labeled as suffering from acute psychosis. She has certain traits that might look odd but the reasons for the same is well defined. At one point, she develops an obsession with Keshav (Rajkummar Rao), who stays with his wife Reema (Amyra Dastur) in a part of Bobby’s house. Bobby finds Keshav lying to his wife about his smoking and food habits. Suddenly a gory death occurs and Bobby tries hard to prove that it is not an accident and Keshav is a murderer. It is actually a thrilling cat and mouse game in which the two lead characters try to outsmart each other. As always, Kangana has aced her character. As Bobby, she fits the bill perfectly by bringing to fore a totally different style, be it her attitude, looks, or the way she emotes. Kangana has once again proved who she is among the most talented female actors in the country. Rajkummar Rao is a perfect fool, as his is a diametrically opposite character. He is a man of few words and doesn’t let anything out easily. He keeps his cards closely and operates smartly. It is this contrastive nature of the two lead actors’ performances that works as the biggest plus of the movie. Jimmy Sheirgill, Amyra Dastur, Brijendra Kala, Sudev Nair, Satish Kaushik, Mimoh Chakraborty, Rajesh Jais, Hrishitaa Bhatt and Hussain Dalal are also part of the supporting cast.

Shobha Kapoor, Ekta Kapoor and Shaailesh R Singh have jointly produced the movie for Balaji Motion Pictures, Karma Media and Entertainment and ALT Entertainment. It has been distributed in Kerala by Movie Factory.