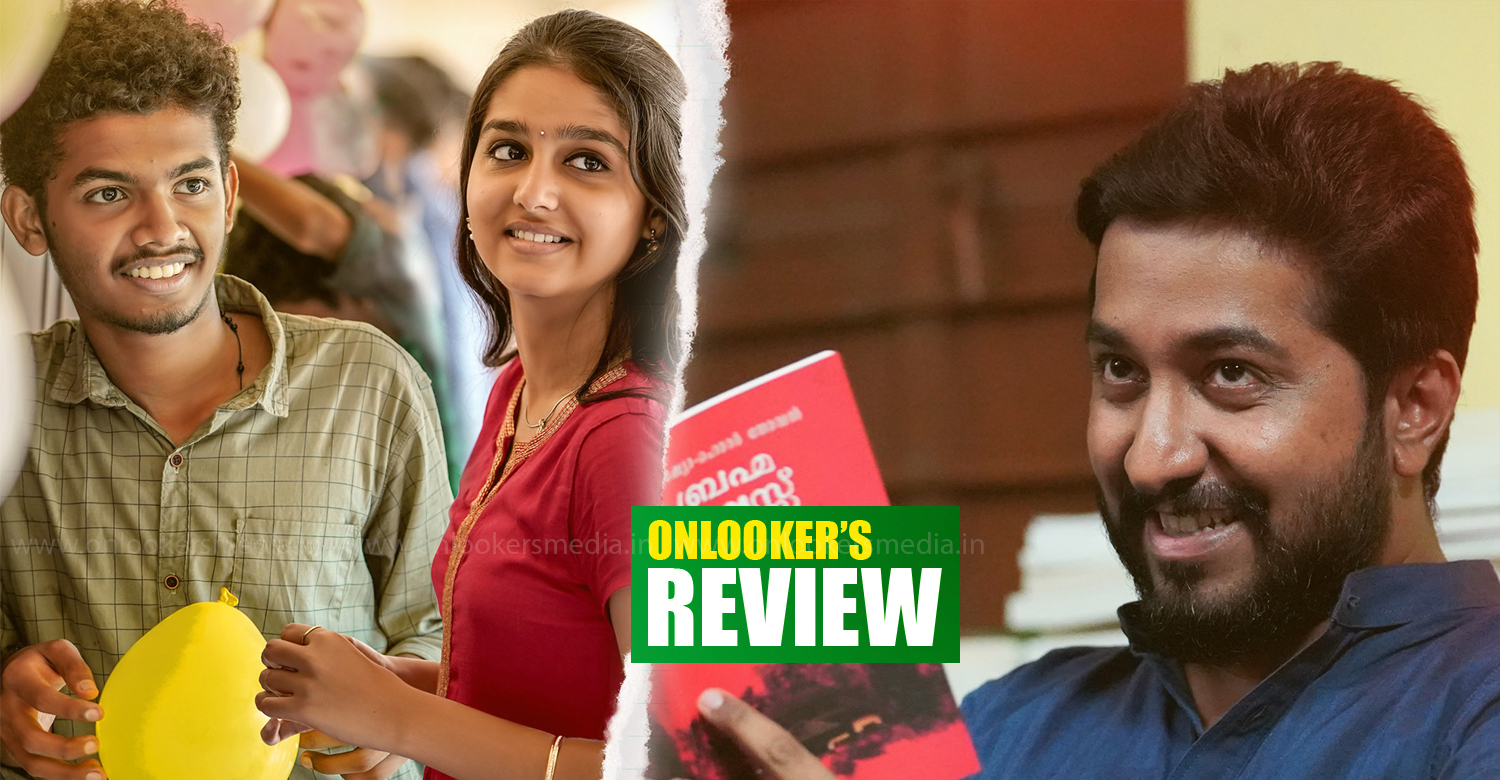 School life and teenage romance is an area that has successfully been explored multiple times. But of late, Malayalam films that come out of this genre grossly missed its innate innocence and simplicity, instead what we were offered is a truckload of adult jokes, forced efforts to evoke nostalgia and a totally uncalled for ‘social message’. Luckily Girish AD’s ‘Thanneer Mathan Dhinangal’ doesn’t belong to this category. As promised, it is a rollicking fun entertainer that hits all the right notes, right from the word go.

Jaison (Mathew Thomas) is our protagonist and the story is basically about the last two years of his school life. He enrolls in a new school for his higher secondary education, meets new friends, has issues with a particular faculty member and one of his juniors, and has an eventful love relationship with a classmate. The teacher-student feud and puppy love are the two major conflicts in the film. By the end of a two hour-long thoroughly entertaining ride, the film offers convincing resolutions to both the conflicts. And we as an audience can leave the cinema hall with a beaming smile while still thinking about the truckload of fun moments that come one after another.

Anything that’s relatable is sure to keep the viewer engaged, and the biggest plus here is that whatever that’s shown in Jaison’s life is instantly relatable to an average Malayali youth. Along with Jaison, a few other characters also have good space and have their own particular traits. Vineeth Sreenivasan’s Ravi Padmanabhan is a well written character with some interesting shades. He sweeps off everyone in the school with his charm and lively nature, but not Jaison. Through the eyes of Jasion, we see the slightly negative and sadistic side of Ravi sir. Vineeth has performed the role very effectively and is easily his among his best performances till date. Mathew’s Frankie of ‘Kumbalangi Nights’ is totally different from Jaison. While the former is more subdued and carries a lot of pain within himself, Jaison is carefree and cheerful. In his own words, take out the three ‘dhukhangal’, he leads a ‘poli’ life. Mathew Thomas breathes life to the character with a charming performance. Though his expressions while letting out the frustration in the sequences with Ravi sir is repetitive, he scores big time as the desperate lover boy. The range of histrionics he shows when love blossoms during the ‘Jathikka Thottam’ song is absolutely priceless. Mathew is ably supported by Anashwara, who looked gorgeous in the film. Amidst all the madness in the climax, the young girl holds things steady with a praiseworthy performance.

Except for a handful of actors, all other characters in the film are played by newcomers and that lends a certain freshness. Even if they don’t have much screen-time, most of them manage to make an impression. For example, there is a humanities student (played by debutant Naslen) who mouths the best of witty one-liners without an iota of expression on his face. It is his dead face look that amplifies the humour. Joyson, played by Dinoy Paulose, who is also the film’s co-writer, is another very interesting character. The amount of mockery a jobless youngster is subjected to is shown very subtly yet is hilarious. Director Girish AD is a popular name in the Malayalam short film circuit. His short films ‘Vishuddha Ambrossey’ and ‘Mookuthi’ were well received. With his debut film, Girish has proven that he has the potential to helm a feature film as well. ‘Thaneer Mathan Dhinangal’ is more like an extension to ‘Vishuddha Ambrossey’, which was also had a school life story. The experience gained from that short film must have helped a great deal in handling child actors. Towards the end, when it seemed like things are going off the rail, Girish’s able direction ensures a safe landing.

Justin Varghese’s music is another highlight of the film. All the songs sync perfectly with the situation and the tunes further enhance the fun mood. Just under 135 minutes, the film is neatly edited and hardly has a dull moment to offer.

Overall, ‘Thanneer Mathan Dhinangal’ is a guaranteed fun flick that’s worth every single penny you pay at the theatres. Grab a popcorn, sit back and enjoy this hilarious ride that might take you back to your uniform days.