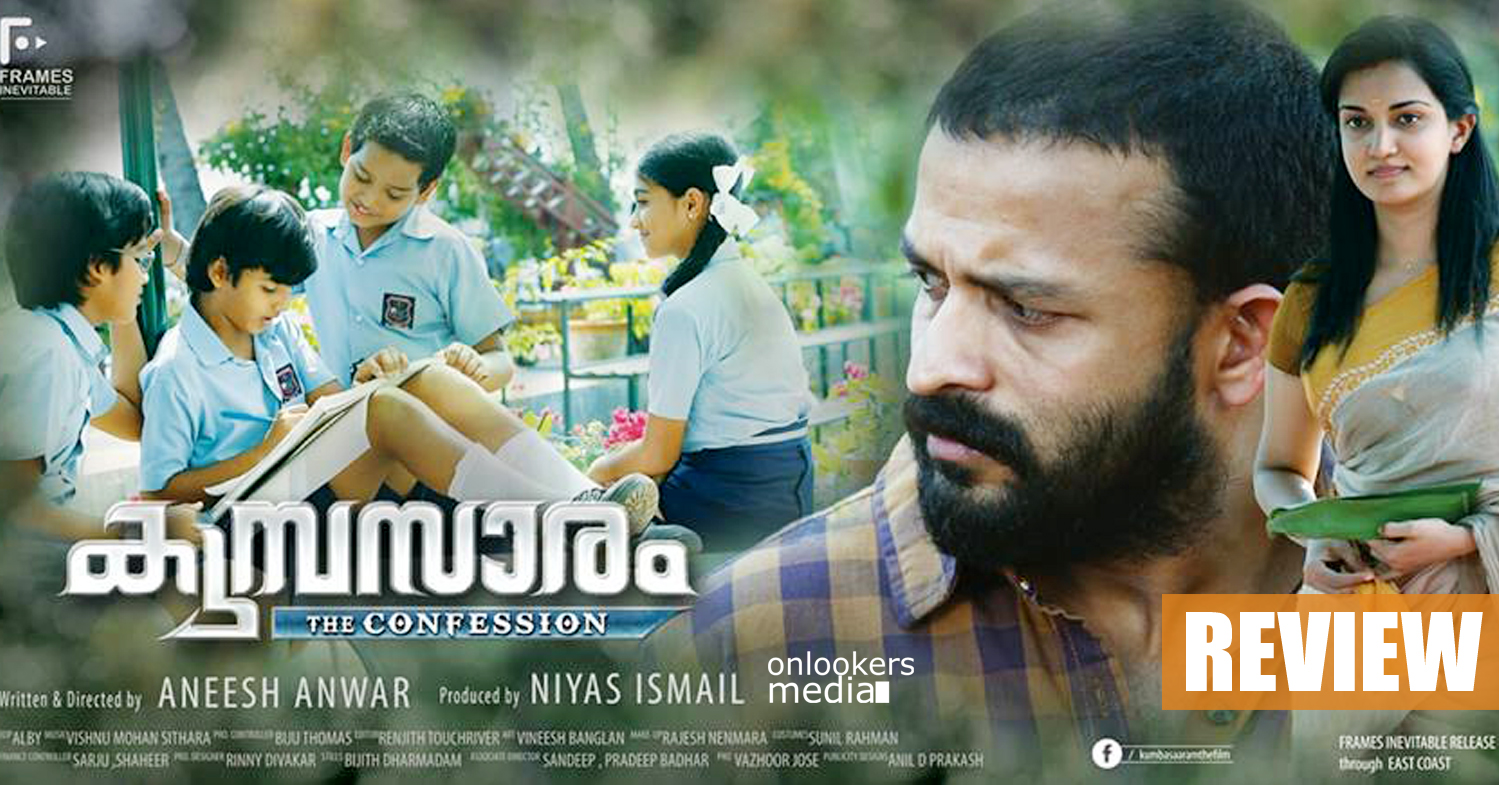 Kumbasaram was not a much awaited one as it did not created any hype before its release. But the trailer of the film gave us a promise of something very different and hope for a class film. We were quite sure that it will not be a disappointing affair because of the director who is Aneesh Anwar who gave us a class film like Zakkariyayude Garbhinikal which had won many recognitions. And the presence of Jayasurya as the male lead assures a good performance also from the lead actor.

The film got released in the screens all over Kerala today without much noise and we have to say it will sure to do something very good in box office and among the spectators. This is a classy emotional family thriller type film which is by far one of the best films graced the screens of Mollywood this year. The flick was financed by Niyas Ismail under his banner named Frames Inevitable and he can be proud of himself for producing such a good film.

The plot of the flick stays around Alby played by Jayasurya who is an auto rickshaw driver and he was leading a very happy life with his wife Meera played Honey Rose and son Jerry played by master Aakash. The movie starts with a confession of Alby which is very crucial and forms the crux of the plot of the flick. Alby and Meera had great hopes in their son and dreams about his future. But fate was against them as their child become terribly ill and that turns their life upside down.

After Iyyobinte Pusthakam Jayasurya had given a sterling performance and he is clearly on the way to become a great actor in mollywood and the performance of him in the emotional scenes were just exceptional to say the very least. Honey rose was brilliant as meera as well and this may be probably the best role she ever did in her career. Master Aakash as jerry also done a very good job with his matured show of skills and other artists such as Priyanka, Vineeth, Shanavas, Tini Tom, and another child artist named master Gaurav Menon also done his part to perfection.

The screenplay by Aneesh Anwar is just superb and he really well combined the emotional and thriller elements to perfection and never lose control over the narration of the story. The only negative we can found is that the pace is not that much after the interval which may feel for some people as annoying. But it never let down the spectators as the film has a tight script. The DOP by Alby was just perfect and he created the ambiance perfectly with his amazing frames. And the songs by Vishnu the son of Mohan Sithara was quite good and his bgm was exceptional.

And on the whole Kumbasaram is great experience for the audience and a really classy film with the elements of suspense permeated the whole story with a very good climax.