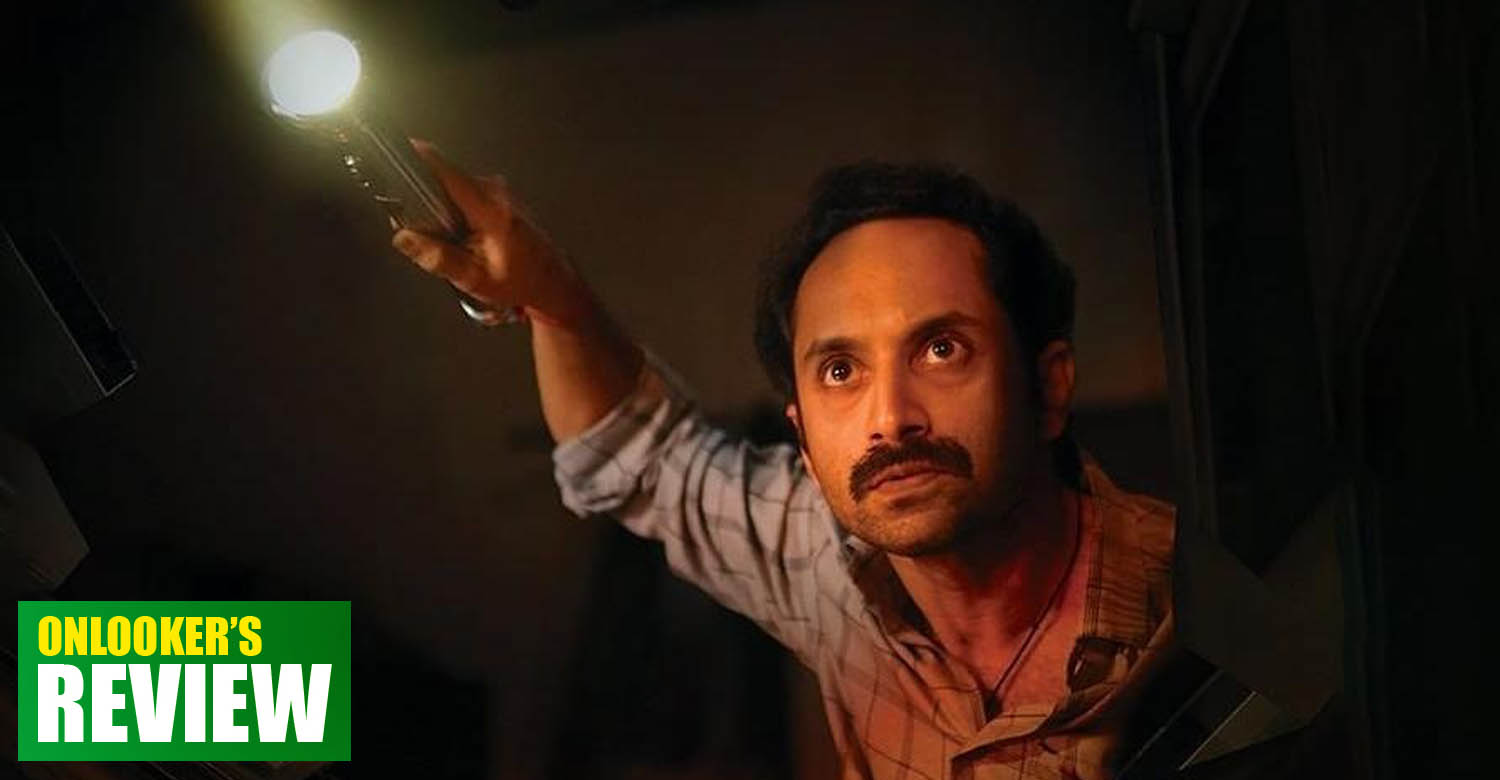 From the time if its announcement, ‘Malayankunju’ was publicised as a survival thriller. The makers had even warned those who have claustrophobia to not watch the film. But as it turns out, ‘Malayankunju’ is not exactly a nail-biting survival story. It is more of a character study and a coming-of-age tale of a common man during a natural calamity.

Fahadh Faasil’s Anikuttan is an electronic appliances mechanic. Along with his mother, he lives in a hilly area surrounded by acres of rubber plantation. Anikuttan is introduced as a hot-headed and openly casteist guy. There’s a reason for it and the narrative employs it quite effectively. The first half is devoted entirely on Anikuttan and his daily life. He does his repair works early in the morning when the world around him is silently asleep. It is because he doesn’t like disturbances while working and even the slightest of sounds puts him off. With the arrival of a newborn baby next doors, Anikuttan loses his cool. The baby’s constant wailing infuriates him. It is this same baby’s cries that guides and inspires him to survive when he gets trapped in a landslide.

Like mentioned above, ‘Malayankunju’ is not about Anikuttan’a survival or how he manages to make it. The survival portions are well-shot and you feel claustrophobic, but it’s not gripping enough. Perhaps, the makers didn’t intend it to be that way. The focus is more on Anikuttan’s transformation when he hits rock bottom, quite literally.

Fahadh Faasil is phenomenal in the film and Anikuttan is another glorious addition to the list of his best performances. It is a treat to watch him essay such grey-shaded roles. While he single-handedly shoulders the first half, AR Rahman takes over the baton in the latter half. In his comeback to Malayalam after 3 long decades, the maestro employs his score to elevate several sequences. He is at his best with the usage of the reprise version of ‘Mannum Niranje’ sung by KS Chithra. It is sure to tug your heartstrings.

Mahesh Narayanan, who doubles up as both the scenarist and cinematographer, once again displays his potential and proves himself as one of the best talents in Malayalam cinema today. It is not an easy film to debut with, but director Sajimon shows his mettle by putting together things neatly. Another aspect of film that needs to be mentioned is Jyotish Shankar’s production design — excellent.

In a nutshell, ‘Malayankunju’ is an immersive experience that definitely warrants a theatre watch.