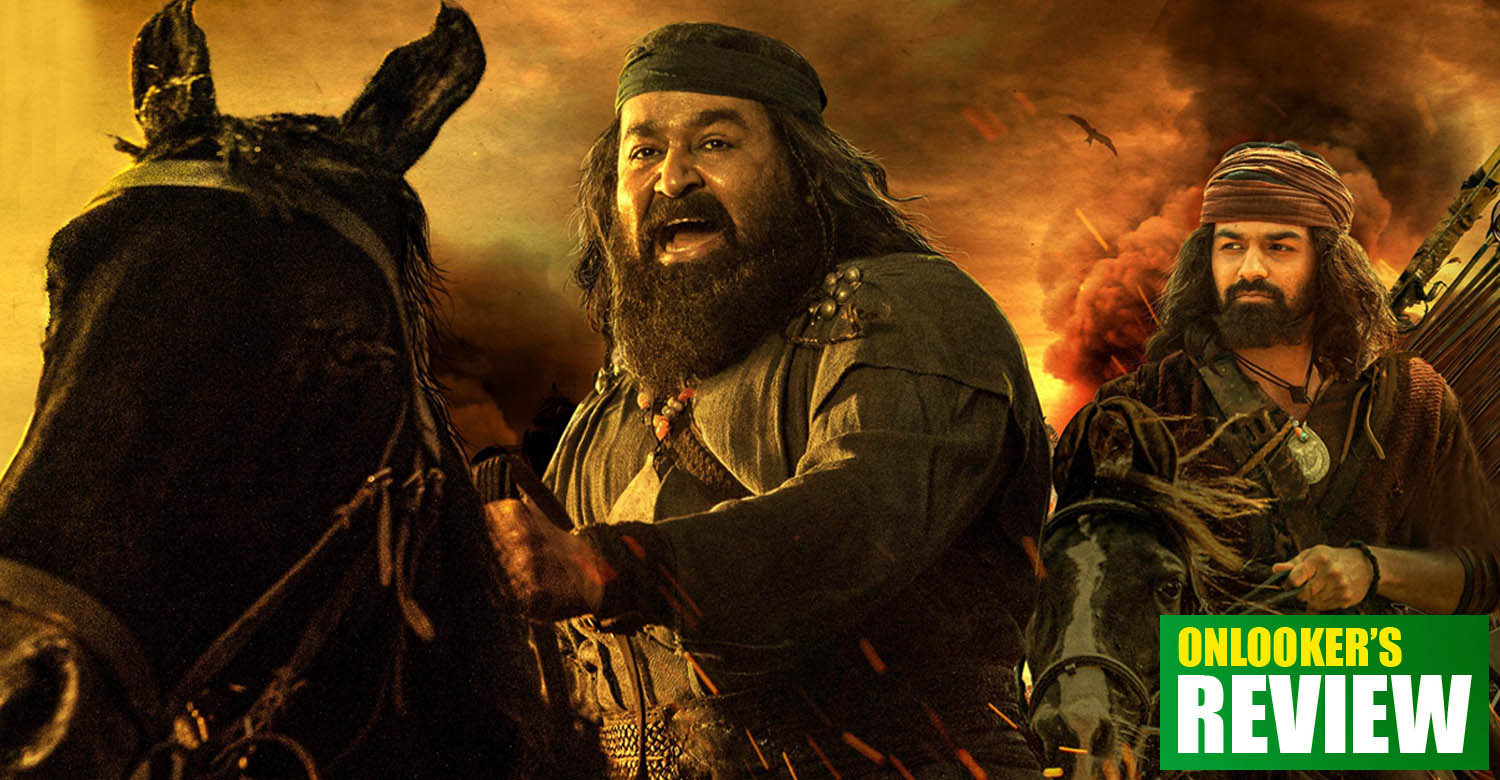 ‘Marakkar: Arabikadalinte Simham’ is based on the life of Marakkar IV. Marakkars were the Naval commander of the Zamorin of Kozhikode. Kunjali Marakkar IV, on whose life the film is based on, fought and defeated Portuguese imperialists, but was betrayed by forces in the kingdom who allied with the Europeans.

Priyadarshan’s version of Marakkar is a mix of facts and fiction. The director along with Ani IV Sasi have penned the script, which follows Kunjali’s life from childhood. While Mohanlal plays the historic figure, his son Pranav essays the character’s younger portions. Pranav’s agility in stunts makes the initial portions interesting. Then comes Mohanlal introduction and the film moves at a steady pace till a stunningly shot battle between the Kunjali Marakkar-lead forces and the Portuguese army. The VFX works in this sequence are extraordinary, probably the best one can see in Indian film. However, the film fails to maintain the same momentum in the latter half as it gets into the drama zone. The fact that there isn’t enough scenes to celebrate or elevate the titular character backfires. But it is kind of made up with another battle stretch towards the end, this time in the shore.

The film has a star-studded, which features actors from various language and also Priyadarshan’s regulars like Mukesh, Innocent, Mammukoya etc. Mohanlal as Kunjali Marakkar fits in the role neatly but one can’t help but wish that the script offered him a bit more space to perform. Along with him, actors Arjun, Keerthy Suresh, Jay J Jakritt, Harish Peradi and Prabhu make a mark.

Priyadarshan had promised that ‘Marakkar’ will be the most technically brilliant film in Indian cinema. In that sense, the director has delivered what he promised. It is a technically superior film which could’ve worked tremendously if it had a better script. It is still a film that should be experienced from theatres. As a Malayalam cinema fan, it is not always that we see a film of such scale and technical quality.

Churuli Review: Bizzare yet compelling
Minnal Murali Review: This local superhero is a winner!
To Top