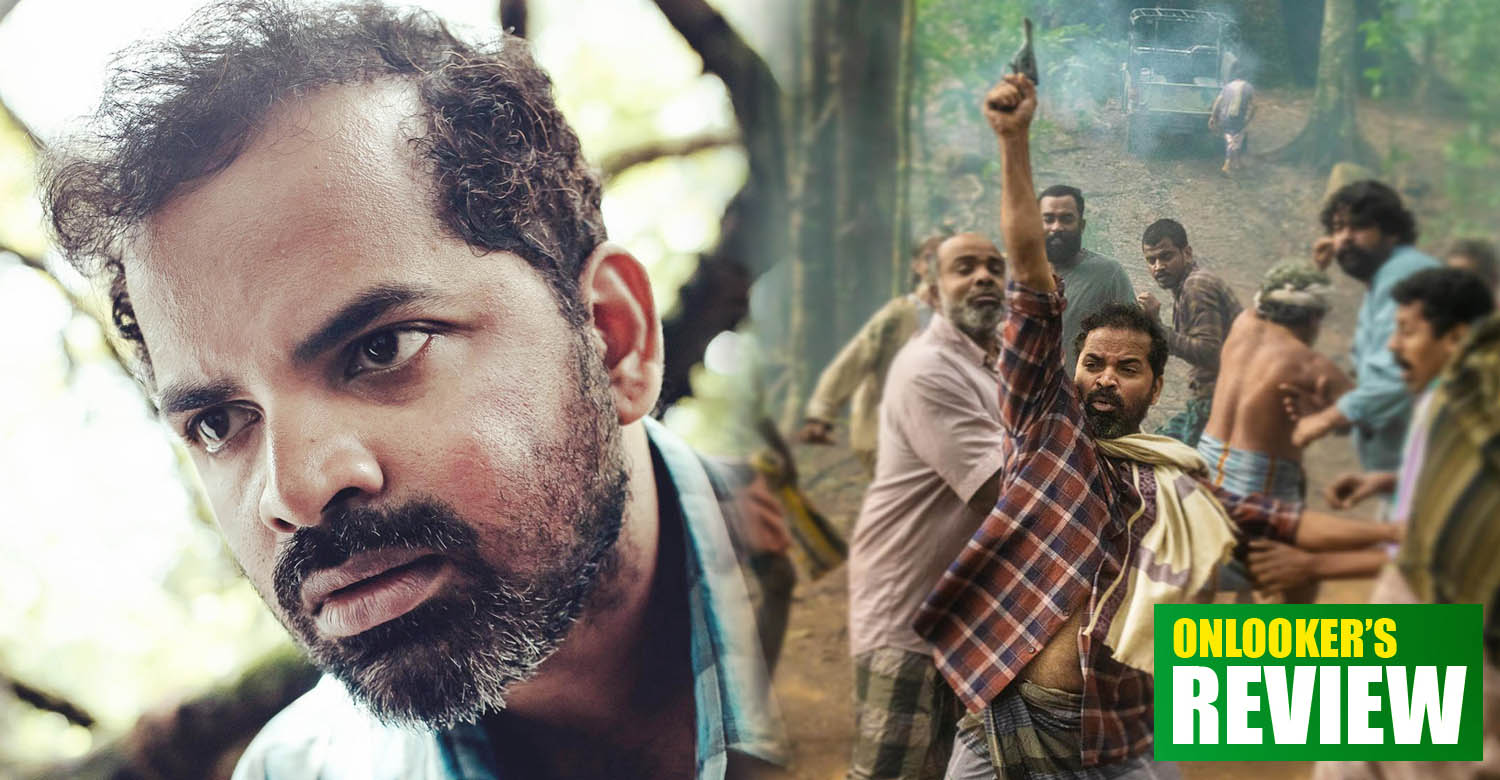 Lijo Jose Pellissery’s last two films ‘Ee Maa Yau’ and ‘Jallikattu’ had toxic masculinity as a common theme. Both of these were stories about people on a particular locality. The director’s latest film ‘Churuli’ is also on similar lines. So it is safe to call this Lijo’s trilogy that explores man’s beastly side.

‘Churuli’ begins with the narration about a Brahmin who was fooled by a Perumadan, disguised as an anteater, in a forest. The story foreshadows what is to come. Shajeevan and Antony are two undercover cops who are on the trail to catch a criminal named Mayiladuparambil Joy. The two cops pose themselves as local plantation workers and reach the village named Churuli. Their initial interactions with the locals are friendly and heartwarming but once they cross a dilapidated wooden bridge, things change. People in the territory speak in a horrendously foul language and live a lawless life. In Antony’s words, the place is a heaven; the stuff of dreams where one can live the way he wants to.

Churuli, the village, is an abode for criminals and it’s not long before Antony and Shajeevan also become one among them. There is a lot of mystery behind the place and its inhabitants. Lijo, like his previous films, does not care to spoon-feed and leaves it ambiguous. The dots are there the viewer to connect and if one manages to, then hurray!

Leaving aside the whole bizarreness in the story, the ambiguity and expletive-laden dialogues, ‘Churuli’ is still a compelling watch. Lijo along with his writer Hareesh and cinematographer Madhu Neelakantan create a mysterious world, which draws the audience more into it as the narrative progresses.

In short, ‘Churuli’ should be a great exercise for those who fancy puzzling and ambiguous narratives. For others, it is an engaging film with a incomprehensible ending.