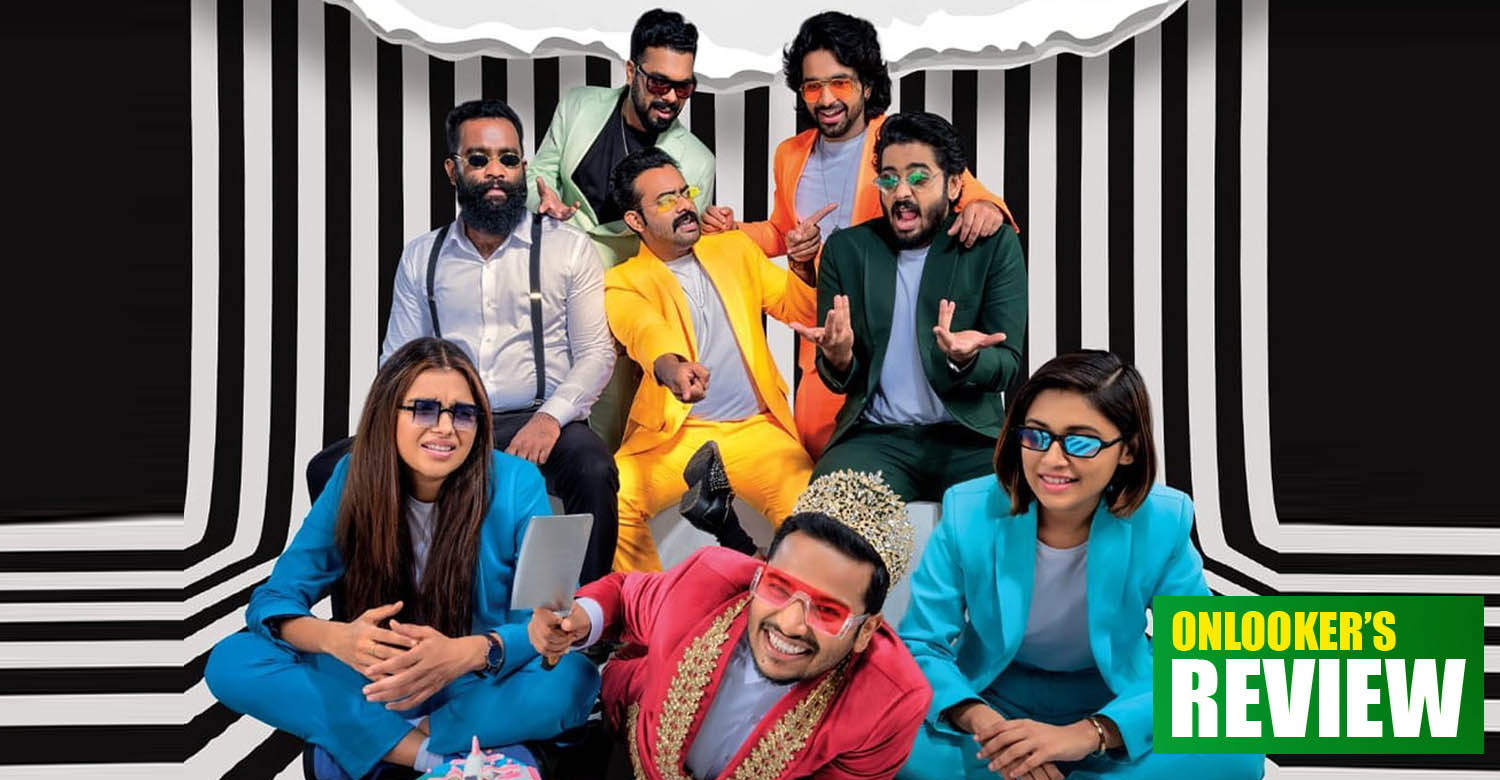 Director Chidambaram’s debut film ‘Jan-E-Man’ has a tricky storyline that can go haywire if not made with precision. The story begins with Joymon, who lives a lonely life in a remote area in Canada. The loneliness leads him to depression as he craves for human interaction. His emotional state is beautifully established in the first few minutes with the lovely track ‘Mizhiyoram’ playing in the background.

With his birthday coming in a week, Joymon decides to visit Kerala and throw a party. The party is hosted at his former classmate Sampath’s place. However, it is only later revealed that it is not just a casual birthday bash. Joymon has bigger plans. At the same time, there is a literally parallel story happening next door. An old man passes away suddenly. While his family is grieving, Joymon and his friends celebrate. With the two families already at loggerheads, things escalate with the introduction of some new characters. Eventually, after loads of hilarious twists, drama and some poignant moments, the film ends on a heartwarming note.

‘Jan-E-Man’ is one of those films where every character who appears on screen gets to shine. While Basil Joseph stands out as Joymon, performances by Ganapathi, Lal, Chembil Ashokan, Siddharth Menon, Abhiram Pothuval and several other lesser-known actors are noteworthy. Balu Varghese, who makes an entry only at the halfway point, has the best written role and the actor performs it excellently. It is a true delight to watch these young actors perform without any inhibitions.

To his credit, Chidambaram has written an engaging screenplay that balances humour and intense emotions in equal proportions. Comedy pops our of the most unpredictable/unusual situations but still is sensitively done. At times, it might feel like some scenes are stretched too long but the director packs it all so coherently that there is never a moment of dull.

In short, ‘Jan-E-Man’ is a wonderful entertainer that’s worth every penny. Grab your tickets and watch it with families.