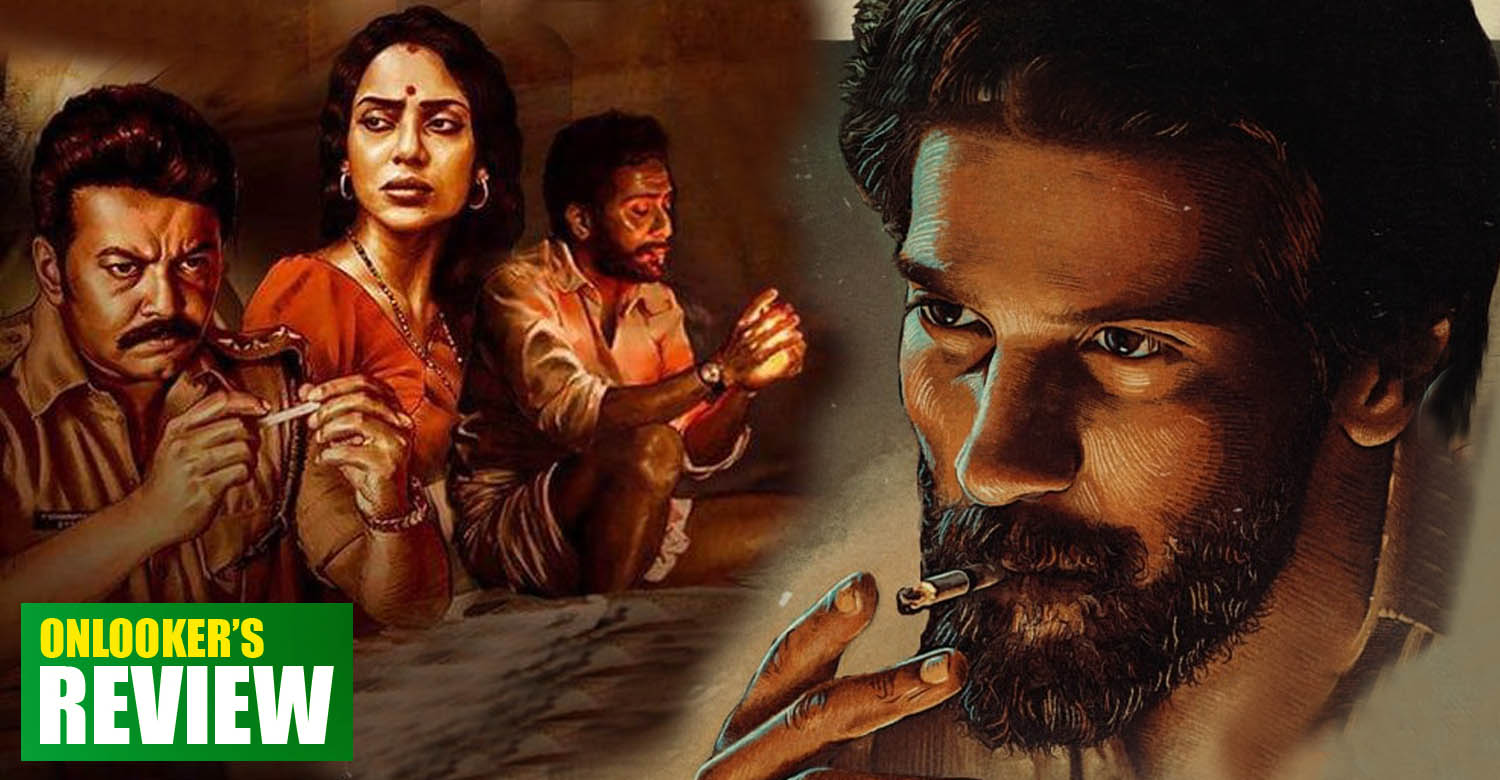 The extraordinary story of Sukumara Kurup who has been absconding for over 35 years after committing a grave crime is familiar to almost every single Malayali. So expectations where sky-high right from 2017 when it was first announced that Dulquer Salmaan would be starring in a film based on Kurup. Helmed by Srinath Rajendran, with whom Dulquer has previously worked in ‘Second Show’, ‘Kurup’ has finally hit theatres after being in the making for a very long time.

The film’s narrative is split in two halves — one from the perspective of the investigating officer Krishnadas and the other from Kurup’s PoV. Initially, we are shown who Kurup is, his family background, his days in the Indian Air Force and later in the Gulf. It is only after the ‘crime’ part begins that the film speeds up. Until then, the film just moves randomly from one major incident of Kurup’s life to the other. The film could’ve done well without the extended Peter-Kurup bonding, which includes that party song.

The film gets to its most interesting part after Kurup returns back from the Gulf and plans the ‘crime’ with his accomplices. Major credits for this goes to Shine Tom Chacko, who is brilliant performing the ruthless Bhasi Pillai. He brings out the character’s rashness and imprudence with so much perfection. His intoxicated eyes present a picture of frustration, greed and cruelty. It is a well-sketched character performed with sheer conviction.

However, the same cannot be said by any other character in the film. Kurup, to an extent, is a properly rounded character but still one wishes the film gets more into his psyche and emotional complexities. Indrajith’s Krishnadas is another superficially written character and strangely, the actor has also performed it as though he hardly has any interest in it. There was no sense of urgency or eagerness from his side. The officer is hardly disturbed by the fact that there’s a criminal out there who has been elusive for so long. He always has this ‘I-know-it-all’ attitude despite being fooled by a mastermind conman. It his intuitions that leads him to believe that it is not Kurup who has been killed. While that happens in certain investigations, the writing doesn’t sell it properly.

Dulquer as Kurup has put on one his finest performances. His innate flamboyance, the multiple dashing getups and the retro costumes all add up to the style quotient. Kurup never appears as someone despicable, which is also problematic on some level. It could’ve been negated with a bit more effort to help understand his psyche. The one person who could’ve helped with this is his wife’s character Sharadaa, but she is mostly restricted to the sidelines and it is unfair that an actor of Sobhita’s caliber doesn’t get enough space to perform. To their credit, the makers have portrayed the victim and his family respectably. The fact that two popular mainstream actors have been cast in these roles are also praiseworthy.

The most attractive thing about Kurup is its rich production values. Nimish Ravi’s excellent cinematography and National-award winner Banglan’s meticulous done production design make sure that a forgotten era is recreated marvellously. It is a sight not so common in Malayalam cinema. Sushin Shyam’s background score also plays well to the gallery.

In short, ‘Kurup’ is a well-made film that has its share of flaws. Even with all the fictitious elements, it has details that not many are aware about Kurup and that’s enough to raise one’s curiosity.