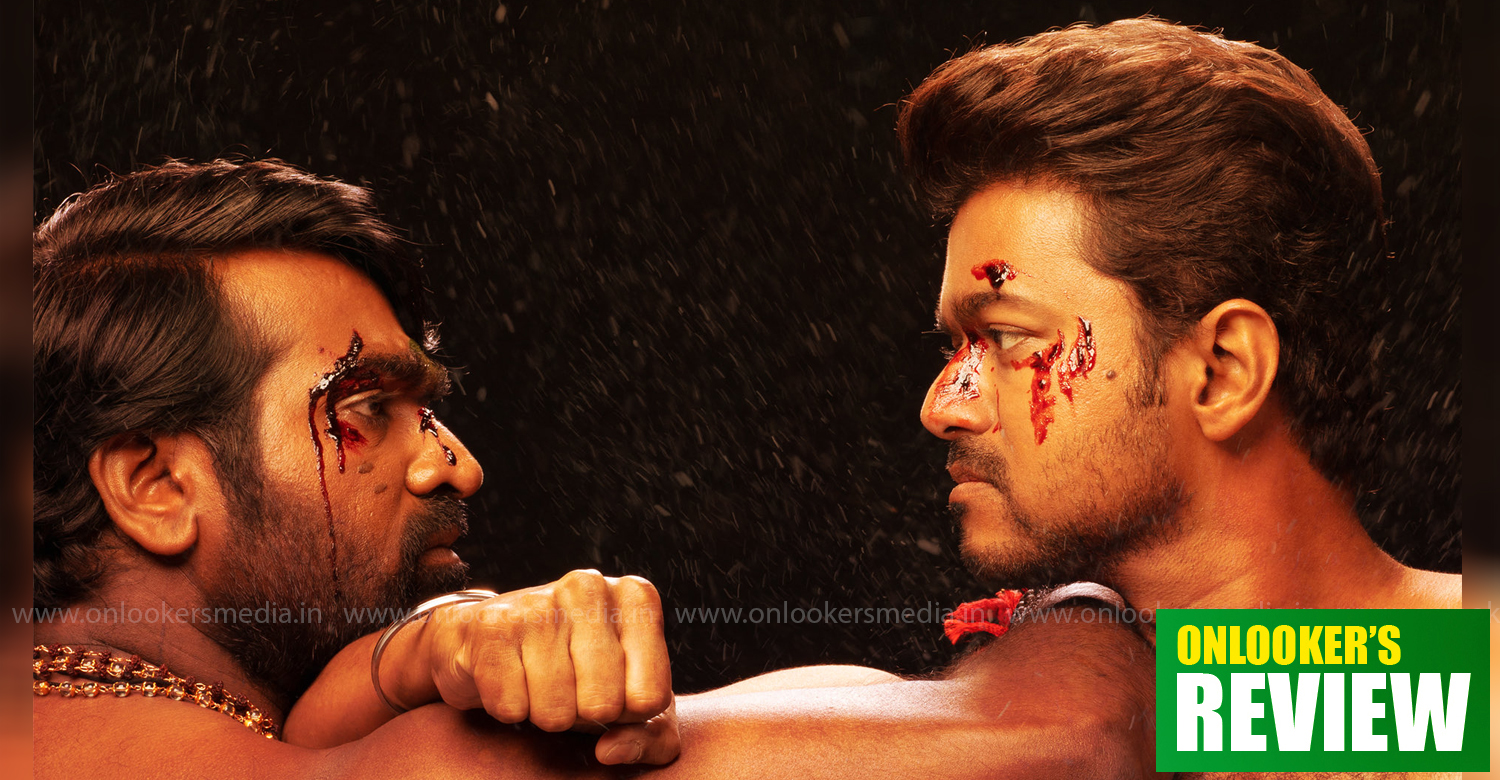 After what seemed like a never-ending wait, we are back to theatres and what better way to kick-off than with a mass-superstar film. With ‘Master’, we have not one but two big stars facing off and how exciting can it get. Check out the review in detail.

‘Master’ begins with the sob story of a young boy, Bhavani, who grows into a menacing rowdy. Minutes into the film, we already know we have a solid villain character ready. We then cut straight to an arts college where we get introduced to JD, a professor who is a students’ favorite. He is a drunkard who stands for what’s right but not in the usual manner. He lives life on his own terms and doesn’t give heed to the authorities. A particular incident in the college forces him to take a break and he lands in a juvenile home. There the young inmates are into drugs and take up all sorts of criminal activities for their leader, Bhavani. How JD manages to free them from the clutches of Bhavani and put an end to his empire forms the rest of the plot. As credited rightly by the makers, ‘Master’ takes its basic thread from Kamal Haasan’s yesteryear hit film ‘Nammavar’. Director Lokesh has dished out a proper entertainer with all the commercial elements, but not always in the right mix. Contrary to his claims before release, ‘Master’ is not an unusual Vijay film. It has all the usual elements one would normally expect from his film. But where this one stands out is the presence of a powerful antagonist. This is not a good vs. bad film. This is about grey vs. evil.

Usually in big star films, the villain role is where most filmmakers falter by making him loud and caricaturish. However, Lokesh and his writers, Rathna Kumar and Pon Parthiben, have not fallen into that trap. Vijay Sethupathi’s Bhavani is a skilfully sketched character with equal significance as Vijay’s JD. Their two stories run parallel before they lock horns at the interval block. It is only in the final few minutes that they actually come face to face. It would have been even better if the screenplay was more tighter towards the second half with some thrilling cat and mouse games between the two leads. The film seemed to end abruptly with a typical-but-well-choreographed fight sequence and a tail end that gives some sort a high. Coming to the actors, like earlier mentioned, there is nothing unusual about Vijay’s performance. He easily pulls off the care-free attitude before turning more intense towards the second half. His trademark jolly-mannerisms, exceptional dancing and fiery dialogue delivery are all on show. The star also appeared really handsome in both the looks. For someone like Malavika Mohanan to drool over him and sing the lines, ‘Antha Kanna Paathaka Love-u Thaana Thonadha’, he had to be that good-looking.

Vijay Sethupathi is brilliant as he delivers a cracker of a performance like only he can. Though his quirkiness did remind of Vedha at some point, the actor adds more nuances that makes Bhavani a real cold-blooded gangster. His effortlessness in dialogue delivery, like always, is a treat to watch. Bhavani is easily one of the best villain characters in recent times and lion’s share of credits goes to the amazing actor. Though the film has an elaborate supporting cast, not many manage to make a mark. Malavika Mohanan is elegant and adequate while one expected more from a performer like Andrea. She does have a whistle-worthy moment but it was a let down considering that the makers had kept her character details under the wraps right through the promotions. Arjun Das is once again the bad, brooding guy and he needs to get of it pretty soon before being stereotyped. Mahendran as the young Bhavani made a lasting impact in the first few minutes itself. Also worth a mention is the performance of the kids, who played the jail inmates.

Anirudh’s music works wonders for the film. The songs are already chartbusters and they work well within the film as well. The usage of ‘Ghilli Kabaddi’ score and ‘Beat of Master’ for the climax sequence were his best moments.

To put it simply, ‘Master’ does not have anything unusual about it. It is a proper mass, masala flick with two superstars at the helm and they make way for all the whistle-worthy moments.