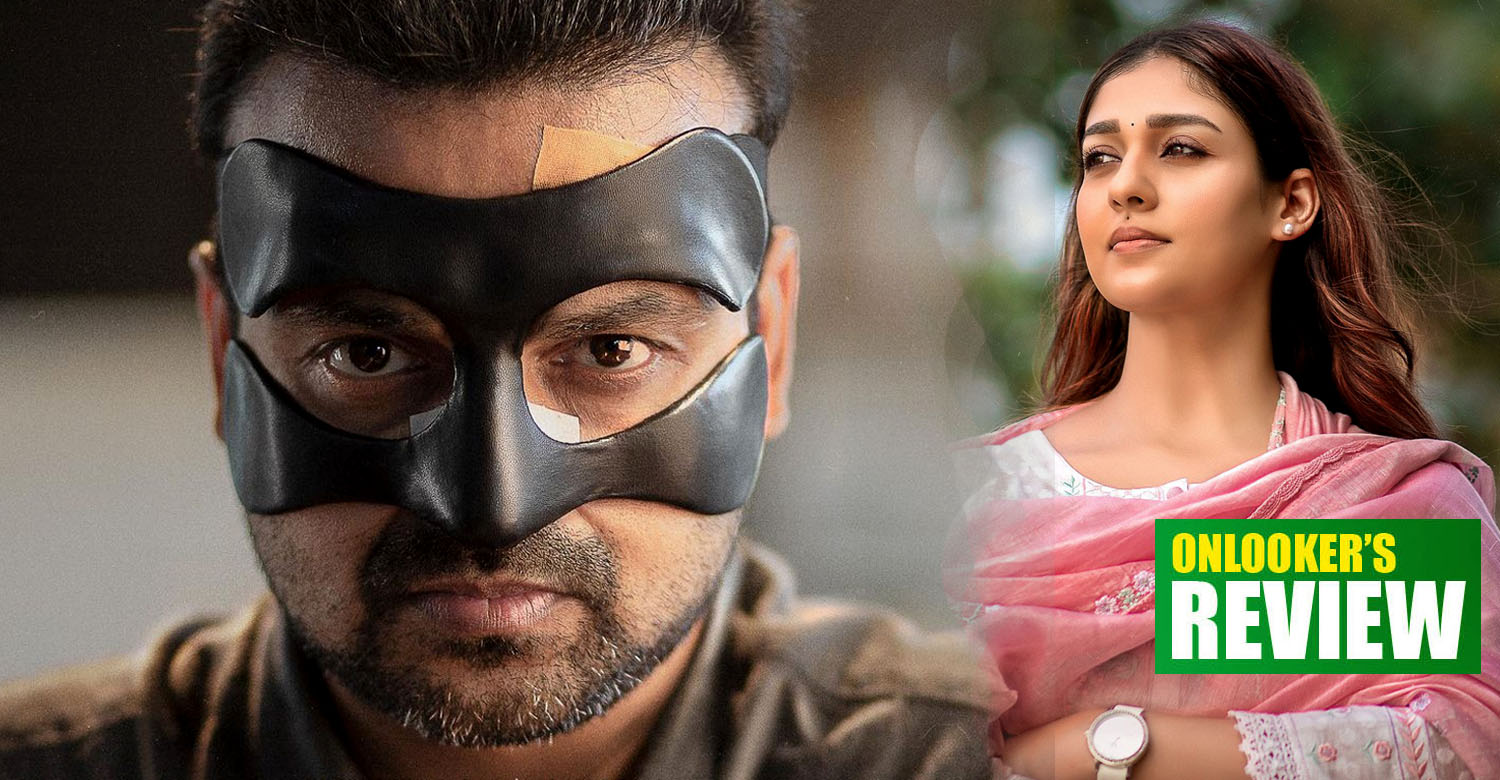 ‘Nizhal’ has three central characters — first class judicial magistrate John Baby, a single mother and her school-going son Nithin. The film begins with John Baby suffering an accident, which forces him to wear a strange-looking mask to fix his nose injury. During a casual conversation with one of his friends, a clinical psychologist, John Baby comes to know about a boy who narrates strange crime stories at school. He gets intrigued by it and tries to befriend the mother and son to learn more about them. John Baby does his own investigation about the boy’s stories and ends up opening a box of pandora.

S Sanjeev has written a clever screenplay that keeps us captivated till the very end. Debutant director Appu Bhattathiri has also done a good job in not letting lose the grip at any point. The twist and the ending revelation are all convincing and gives an overall satisfactory feel.

Coming to the actors, Kunchacko Boban as John Baby does his part well and once again proves how far he has grown as a performer. After watching his performances in films like ‘Anjaam Paathira, ‘Nayattu’ and ‘Nizhal’, he now seems to be more comfortable with serious roles. Nayanthara is equally good in a role tailor-made for her. Another notable performer is Master Izin Hash, who played the mysterious boy’s role. Divyaprabha, Rony David and Saiju Kurup also appear in supporting roles.

‘Nizhal’ is also a technically sound film with quality visuals and crisp editing. The music also adds to the film’s mystery mood. Cinematography is done by Deepak D Menon and music is by Sooraj S Kurup. The film’s director Appu Bhattathiri has also edited it along with Arunlal SP.

So, ‘Nizhal’ is a neatly made mystery thriller that doesn’t really question the sensibilities of the common audience. It is definitely worth watching from theatres.

Chathur Mukham: A well-made horror thriller that’s worth your time and money
Karnan Review: A powerful film about resistance against oppression
To Top