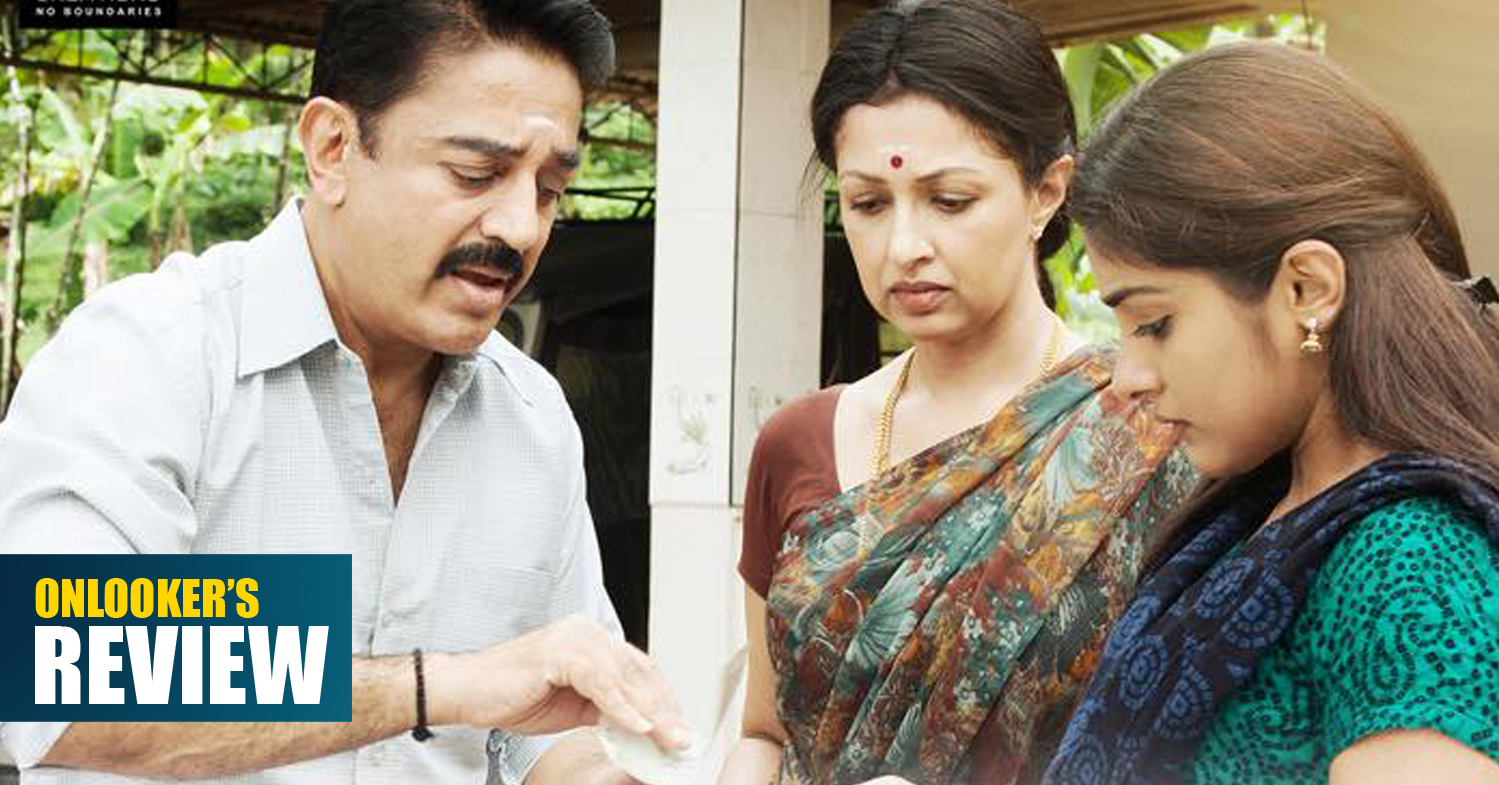 Papanasam, the much awaited Tamil remake of the Malayalam blockbuster Drishyam has released all over today. Drishyam hold a special place in the heart of each and every Malayalees and it has got an all-time best classic position in Mollywood. In its financial success as well it has created history by breaking all existing box office records here and comfortably placed at the top of the table by collecting above 75 crores of revenue.

The film had already remade to Teluigu, Tamil, Kannada and Hindi and the Hindi version starring Ajay Devgun will reach theaters this month itself. But the tamil version is the much awaited one among its remakes as it was directed by Jeethu Joseph himself and starred by none other than Ulaga Nayakan Kamal Haasan. Mohanlal and Kamal Haasan is always considered as the best ever actors India has ever seen and when these two plays the same character in different languages it will surely have something to watch out for as far as performance is concerned.

The story of the film revolves around Swayambhulingam and his family which has his wife and two daughters. He is living a peaceful and happy life and he always cares for his family and finding solace in the little world in which he and his family belongs. But oneday a guy named Varun comes to unsettle his family with a threat and he got killed by an accident but from the hands of Swayambhulingam’s daughter. The guy who was killed was the son of an IG of police and from there the story kicks starts. It shows us how Swayambhulingam saves his family from the clutches of law and how he resolves all the issues cleverly.

As a director Jeethu Joseph has done a great job as he did in Drishyam and there is not much challenge in front of him in this Tamil version. But the real difference we saw in this film is its performance level. In Drishyam Mohanlal amazed us with his mesmerizing, subtle and natural performance and in Papanasam Kamal Haasan gave an extra emotional flavor to the lead character. But the natural feel Mohanlal gave in Drishyam was missing in this film and in the portrayal of Kamal Haasan. It can be acceptable as the film had made for Tamil audience and it had to be done to satisfy their taste of perception.

Other actors such Kalabhavan Mani, Gauthami, Asha Sharath, Baby Esther, Niveda Thomas, Anand Mahadevan etc were very good in their respective roles. Gauthami made her return to cinema memorable with a very good portrayal of the female lead character. Kalabhavan Mani also done justice to his character named Perumal who is the cruel police constable. Sujith Vasudev once again done the magic with his camera work and Gibran’s music was also very good.

Papanasam was really a good remake of the original one and far better than the Kannada and Telugu version of Drishyam. It will not be a waste of time even for malayalees who watched drishyam many times and they can watch it for the performance of Kamal Hasan and craft of Jeethu Joseph.