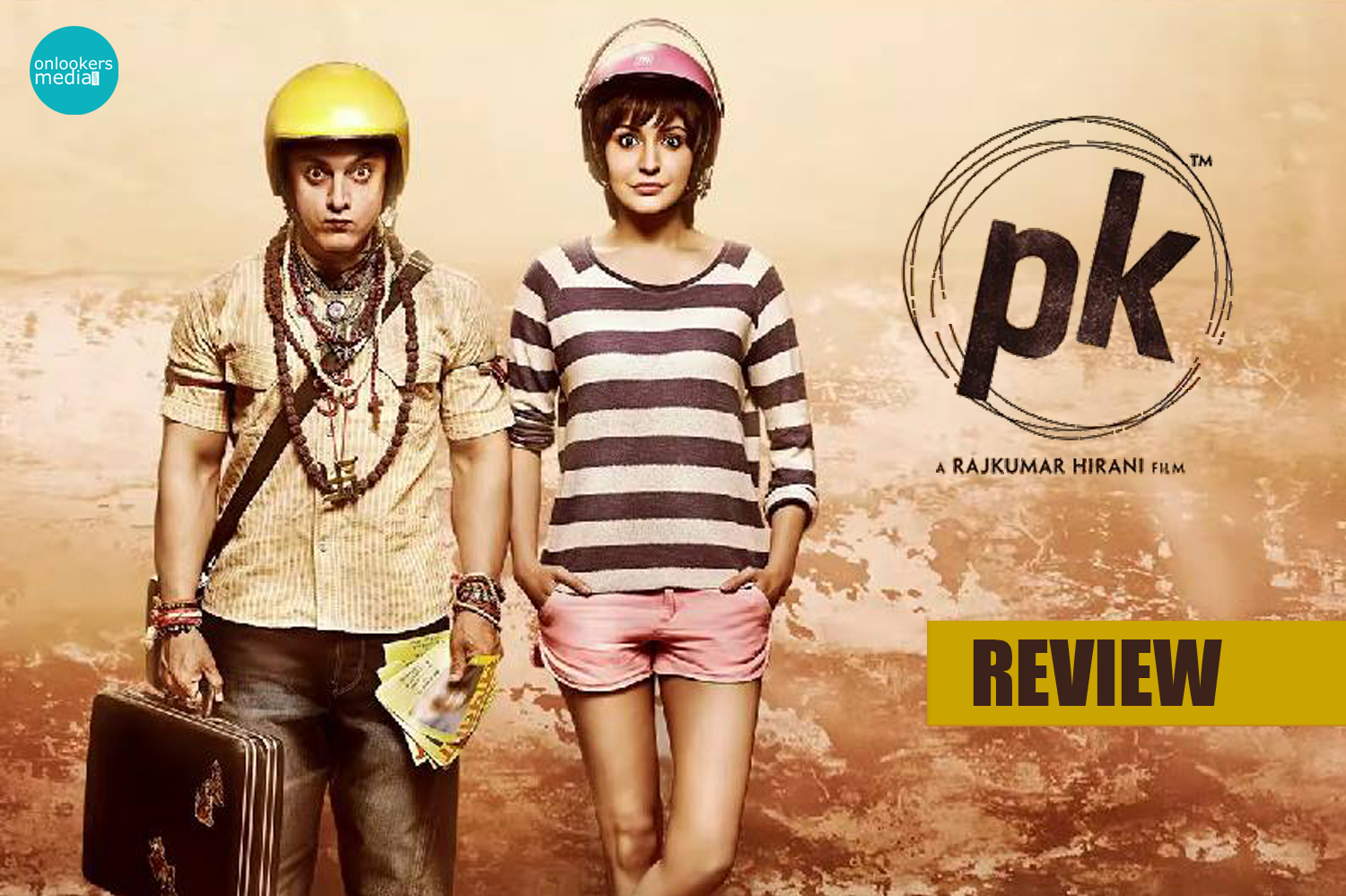 PK, another Magic from the magician Raj Kumar Hirani and the Perfectionist of Indian cinema Aamir Khan. Pk, is definitely one of the best film ever made in Bollywood and Aamir gave his best performance till date In PK and as PK. Raj Kumar Hirani amazed us with his previous films such as Munnabhai MBBS, Lagey raho Munnabhai and the epic ‘3 IDIOTS’. After a while he came back with yet another masterpiece named Pk.

Aamir in this film plays an Alien who reaches earth and lost contact with his space ship as a human being stole his locket size remote control.  He tries his best to get it back but luck was not in his favour. During the process he understand the human being, their behavior, beliefs and tries to adapt with it. While he tries it he came to meet  Bhairon Singh, character played by none other than Sanjay  Dutt and after a chain of events Bhairon Singh sends him to Delhi for searching his locket. Bhairon Singh was still unaware of the fact that Aamir’s character was an alien.

PK goes to Delhi and try to search his locket. But everywhere people told him that they are of no help and only God has the power to help as he is the creator of this world. So decided to find out God in order to get his locket back from the thief. But his search for God leads to a chain of events and confusions. People thinks that he is doing these kind of weird activities because he is drunk and calls him PK. There he meets a News channel anchor named Jaggu, played by Anushka Sharma and with the help of her PK start his mission to find out his remote and on the way teaches the people about what is God and what is religion, what is right and what is wrong etc.

PK is really a great film as it  raises one of the most important question on our modern society, that is about God and Godmen, About religion and false belief, about blind following and sensibility of people. Aamir just lived as Pk. He once again proved that he was indeed the perfectionist of not just Bollywood, but the Indian cinema as a whole. He is the most trusted actor in India now whom people can trust to give them great films every time they step into the cinema hall.

Raj Kumar Hirani is the real hero of this film, for his master craftmanship, fantastic editing, brilliant and tight Screenplay in association with Abhijat Joshi.  Hirani is now arguably the best director in India with his latest Offering PK. He always come up with something exciting, fresh and amazing elements through his films. He not only just entertains us but also enlightens with utmost simplicity and clarity of thoughts.C K Muraleedharan’s  DOP was just superb as it really made the spectator to enter into the world of PK. Music by Ajay Atul , Shantanu Moitra, Ankit Tiwari was perfect for the mood of the film and it also helped the film to move along quite smoothly. Vidhu Vinod Chopra, Sidharth Roy Kapoor also deserves mention as they can be proud of themselves for producing such a fantabulous film along with Raj Kumar Hirani. We recommend You all to watch pk, infact it was a must watch film. We can surely say that if you miss this film, you will miss one of the best ever experience a cinema can give you in your life time.