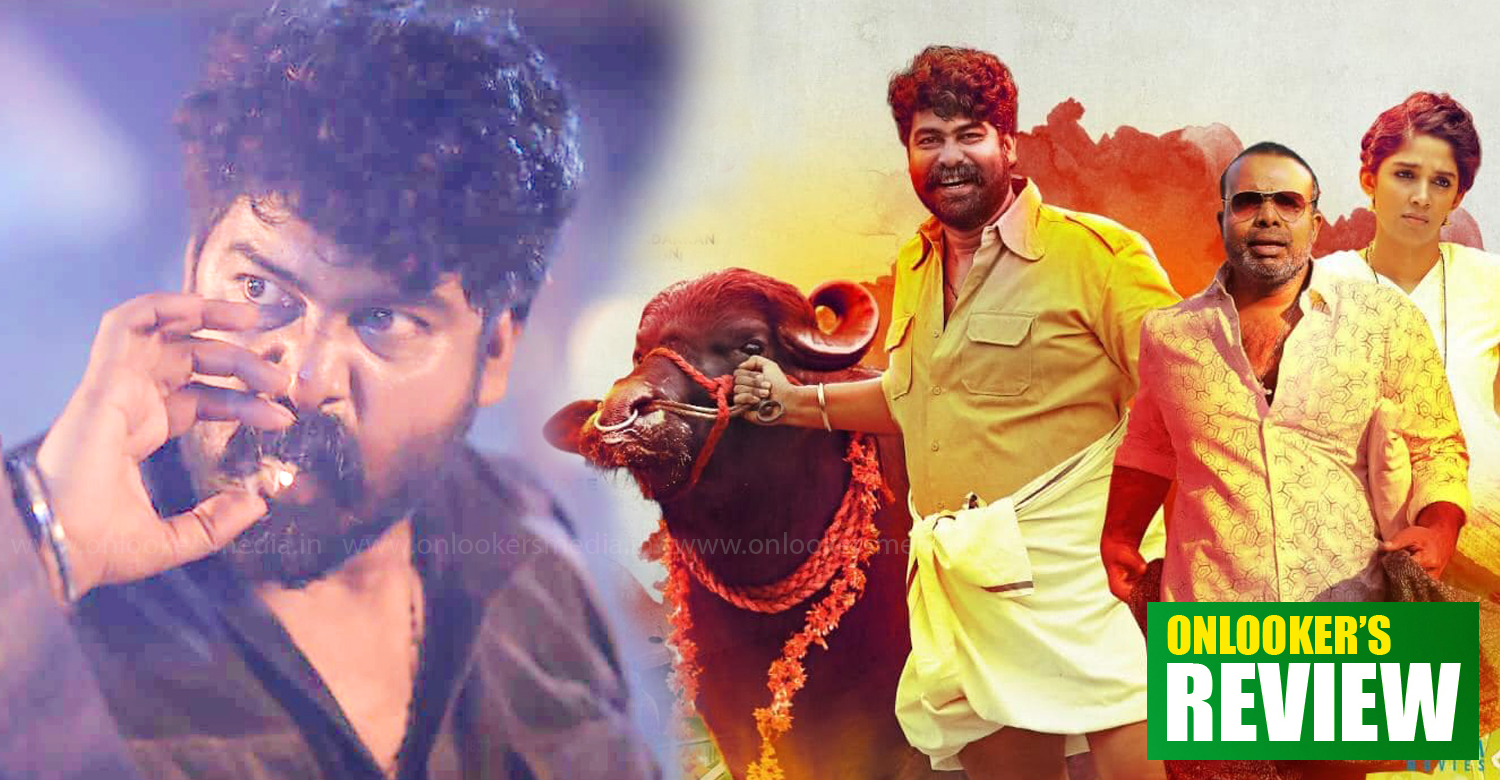 ‘Porinju Mariam Jose’ directed by veteran Joshiy has hit screens today. Joju George, Nyla Usha and Chemban Vinod Jose play the titular roles in the film. Abilash N Chandran has scripted it and is produced by Rejimon under the banner of Keerthy Movies.

Set in Thrissur of the 80s, this is a story about three individuals – Porinju, Mariam and Jose, who were once schoolmates. Porinju aka Kattalan Porinju is the thug-with-a-good-heart whose loyalties lie with Ipe, a rich businessman in the locality. The three people Porinju values most in his life are Mariam, Jose and Ipe. Mariam and Porinju were supposed to get married but certain unforeseen circumstances stop from them being together. They continue to live separately even while having feelings for each other. After the initial build up, the core conflict arrives when a small altercation during a festival procession leads to an unexpected turn of events. Rest of the plot is about how things culminate while inflicting a major impact on the lives of all three lead characters.

Abilash N Chandran’s screenplay is formulaic with a predictable nature to it throughout. Despite that, the scenes turn out to be quite interesting with the director’s skillful touch and some lively performances. Like in the yesteryear mass flicks, the characters are introduced from an outsider’s perspective and the build up works quite well.

Director Joshiy’s mass treatment is effective especially for the portions involving Joju George. Ajay David Kachappily’s cinematography is noteworthy and particularly impressive was his lighting. It gives an overall grand feel to the proceedings. Likewise, Jakes Bejoy has enhanced certain scenes with his energetic background score. Coming to the performances, Joju George was outstanding, to say the least. With his oversized physique and rugged looks, he is every bit like a ‘kattalan’. The intensity in his eyes during the fight sequences is amazing and scores big time. Unlike in ‘Joseph’, the film that took him to new heights, here his performance is more spirited and packs quite a heavy punch.

Chemban Vinod fitted the bill perfectly as the disco-loving Jose, who is the typical ‘otta budhi, that we get to see around us commonly. The actor’s dancing and his quirky mannerisms are incredibly funny as he does it with so much conviction. Nyla Usha as Alapatt Mariam looked gorgeous on screen and performance wise, she was pretty decent. Like in the yesteryear Joshiy films, this one also has a huge set of supporting actors. Among them, Sudhi Koppa was easily the best with a superb emotional act towards the end.

Simply put, ‘Porinju Mariam Jose’ is your typical revenge flick that’s packaged neatly with good performances and impressive making. Safe to say that director Joshiy has made his comeback in style.

Ambili Review: A truly heartwarming feel-good film
Moothon – The Elder One
To Top