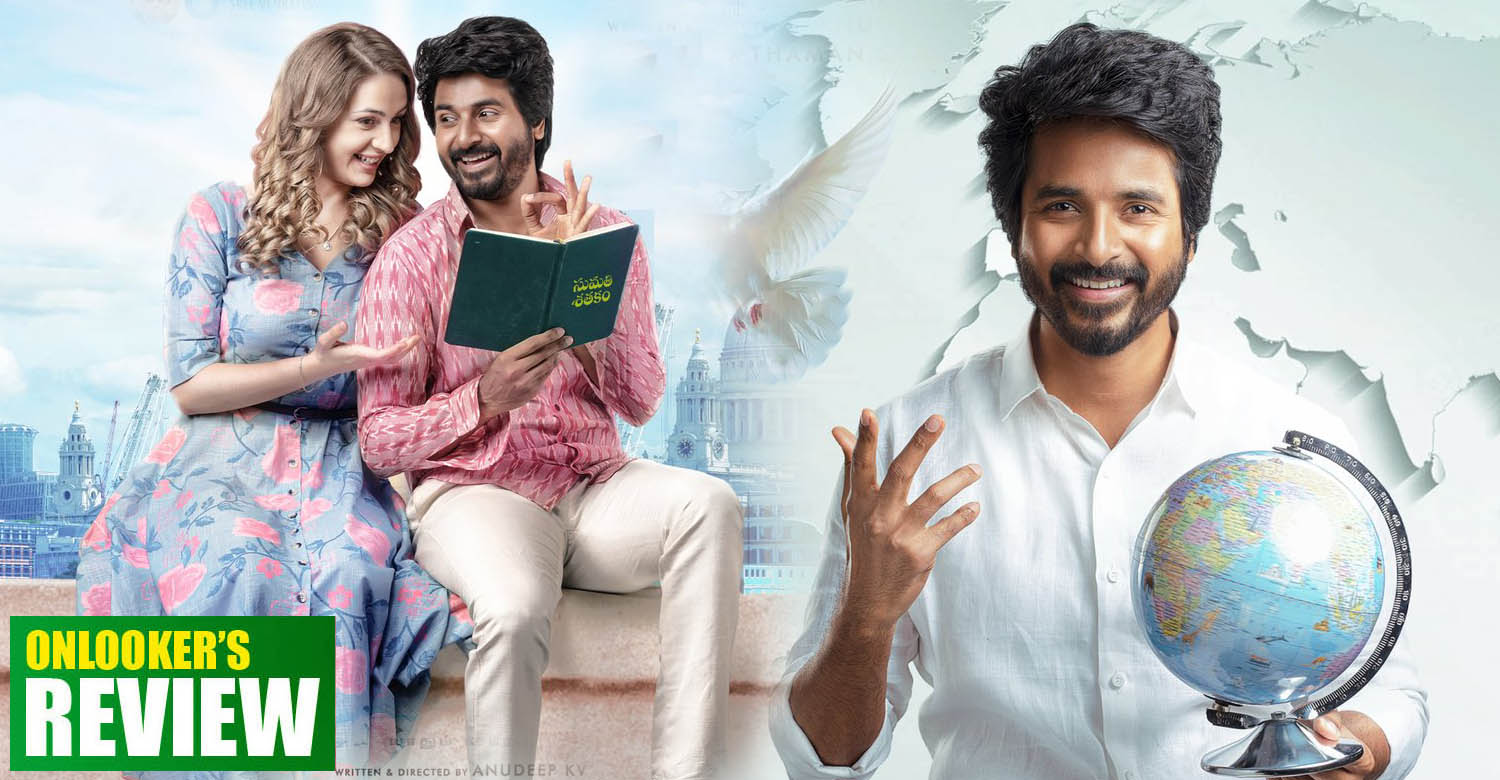 Prince Review: Jokes are overdone and not always funny in this Sivakarthikeyan film

Sivakarthikeyan is someone who has an excellent track record in comedy films. His humour timing and energy is matchless, and the actor has proved it time and again. His new film ‘Prince’ promised to be a rollicking entertainer, particularly with Sivakarthikeyan teaming up with director Anudeep, whose previous film ‘Jathi Ratnalu’ was a much celebrated fun film.

In ‘Prince’, Anudeep creates an idiosyncratic world where his characters are all dimwits. Their dialogues don’t always make sense but they say it with proper conviction. Sivakarthikeyan plays Anbu, a secondary school teacher in Pondicherry. His father, Ulaganathan (Sathyaraj) is so progressive that he disowned his daughter for marrying someone from their own caste. He takes promise from Anbu to marry someone out their religion and caste. The dad feels proud when Anbu falls in love with a colleague, Jessica (Maria Ryaboshapka) who is a foreigner. Ulaganathan thinks she is a French native and accepts their proposal. Little did the patriotic freedom fighter’s son know that Jessica is actually British. This creates ripples in not just the family, but in the entire town. How Anbu overcomes all these obstacles and eventually unites with his lady love is what ‘Prince’ is about.

Anudeep’s screenplay is abundant with comedy moments, but the problems is most of these jokes land properly. It is probably because the Telugu filmmaker’s lack of knowledge of the local culture or a case of ‘lost in translation’. The Indo-British cultural differences and opposition from people in this functional town lead to a comedy of errors and misfortunes, but if only these moments elicited laughs throughout. To credit where it’s due, Sivakarthikeyan tries hard. He is the only actor in the film, not even the veteran Sathyaraj, is able to properly fit in Anudeep’s world. With his innocence and charm, the actor sells his role effortlessly and make the romantic moments with Maria work.

‘Prince’ missed good supporting actors who could match up to Sivakarthikeyan and keep the fun game rolling. Premgi, in a grey-shaded role, fails to bring the intended quirkiness. Sathish Krishnan, Prankster Rahul and Finally Bharath, who play Sivakarthikeyan’s sidekicks, hardly have anything to do in the film. It the veteran Anandaraj, who despite making a brief appearance, who earns the claps and laughs.

‘Prince’, like ‘Doctor’, is an experiment to attempt a new brand of humour. While the Nelson Dilipkumar film had a host of incredibly talented actors who could light up the screen with their fun numbers, ‘Prince’ relied entirely on Sivakarthikeyan and it was too heavy for the young actor.