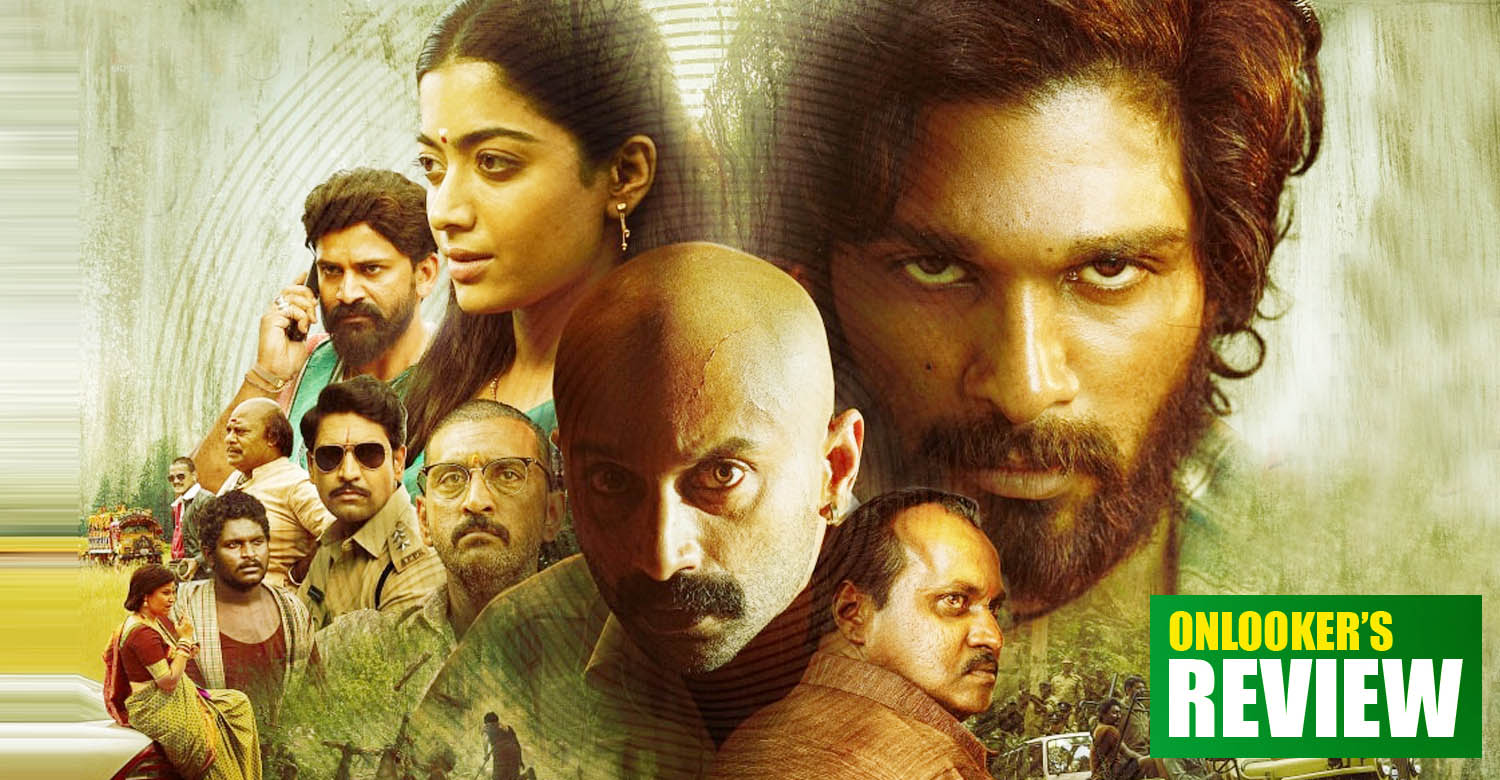 Allu Arjun is an actor known his portrayal of charming, urbane roles. But come ‘Pushpa’, he is this rugged, daredevil smuggler who hardly gives a hoot to anyone. Planned as a duology, the story is centered around the smuggling of red sanders in Seshachalam Hills of the Rayalaseema region of Andhra Pradesh. The first part, ‘Pushpa: The Rise’, is mostly the rags-to-riches journey of the titular character, Pushparaj.

Director Sukumar has crafted an out-and-out mass entertainer. The action sequences are terrifically staged and DSP’s music amps up the mass-mood. Pitted opposite the larger-than-life hero are villains in all shapes and sizes. Then there’s his love interest, played by Rashmika Mandanna, the songs that come with her and a ‘special dance number’ featuring a ravishing Samantha.

The film is engaging for most part of its run time as it tracks the journey of Pushpa’s rise from a daily wages labourer to a kingpin of the smuggling world. His audacity defines him and Allu Arjun carries the character with such swagger that it’s easily one of his career best performances.

One of the major blips in the film is its love portions. For the lack of a better word, most of the so called romance portions are cringe-inducing. Rashmika Mandanna serves just as an object of drooling adding hardly any value to the film.

Fahadh Faasil, whose villain role had a lot of pre-release hype, makes an appearance towards the end of the film. His cop character is very similar to his eccentric Shammy from ‘Kumbalangi Nights’. The film ends promising a tough battle between the fiery Pushpa and the explosive Bhanwar Singh Shekhawat.

In a nusthell, ‘Pushpa: The Rise’ is a worthy build up to what promises to be a equally good sequel. Fingers crossed for ‘Pushpa: The Rule’.

Madhuram Review: As sweet as it can get
Hridayam Review: A delightful entertainer that will warm your hearts with love and nostalgia!
To Top