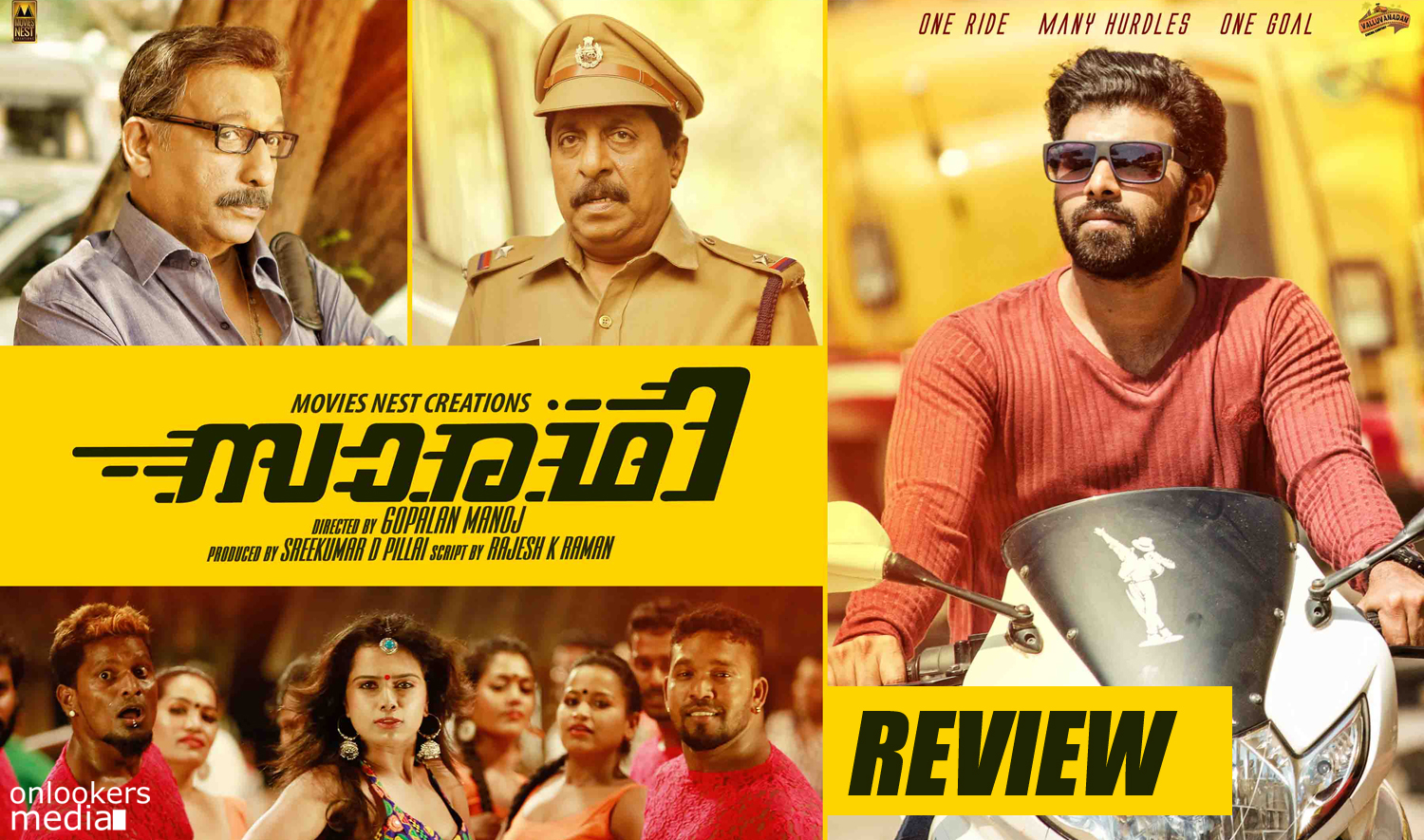 Saaradhi is the latest Malayalam film that hit the screens today. As it is a rather low profile movie we have to say that it has not raised much expectation among the audience. There is no big stars, big director or a big banner to boast of. That was the main reason why it came as a low profile movie. But people have hope on this film as its trailer is well received by the online viewers.

Saaradhi is the directorial debut of Gopalan Manoj and it is written by Rajesh K Raman. Gopi Sundar has given the music and background scoring for the film. The film is produced by Sreekumar K D under the banner of Movie Nest Creations. The film have a promising cast list including Sunny Wayne, Nedumudi Venu, Sreenivasan, Vinutha Lal, Madhupal,Sunil Sugatha, Baiju etc.

The film is a road thriller which tells the story of an ambulance driver named Christy who had to go for a long journey to deliver a dead body and on the way he had to face something very unusual. The he had to save himself and also keep that dead body safe from some people who has been plotting a criminal political agenda in a rather cruel manner. The film is going forward as a thriller and the director Gopalan Manoj as a first time director had done a good job to take the audience forward with the story. The script was a bit loose at some parts but they managed to hold together till the end and tried well to give a good end to the conflict. Gopi sundar’s background scoring was good and it helped to maintain the momentum as well as the atmosphere of the story.

Sunny Wayne has done a very commendable job as Christy and Sreenivasan was as usual delivered a solid performance. Nedumudi Venu has also given a memorable performance even though he did not had many scenes in it. The item song in the beginning of the story was a bit of unwanted one and it was really looked ugly as we consider the film as a whole. Anyway it is a decent entertainer which will not disappoint you. You can watch it with family and it is a good one for the lovers of thriller films.