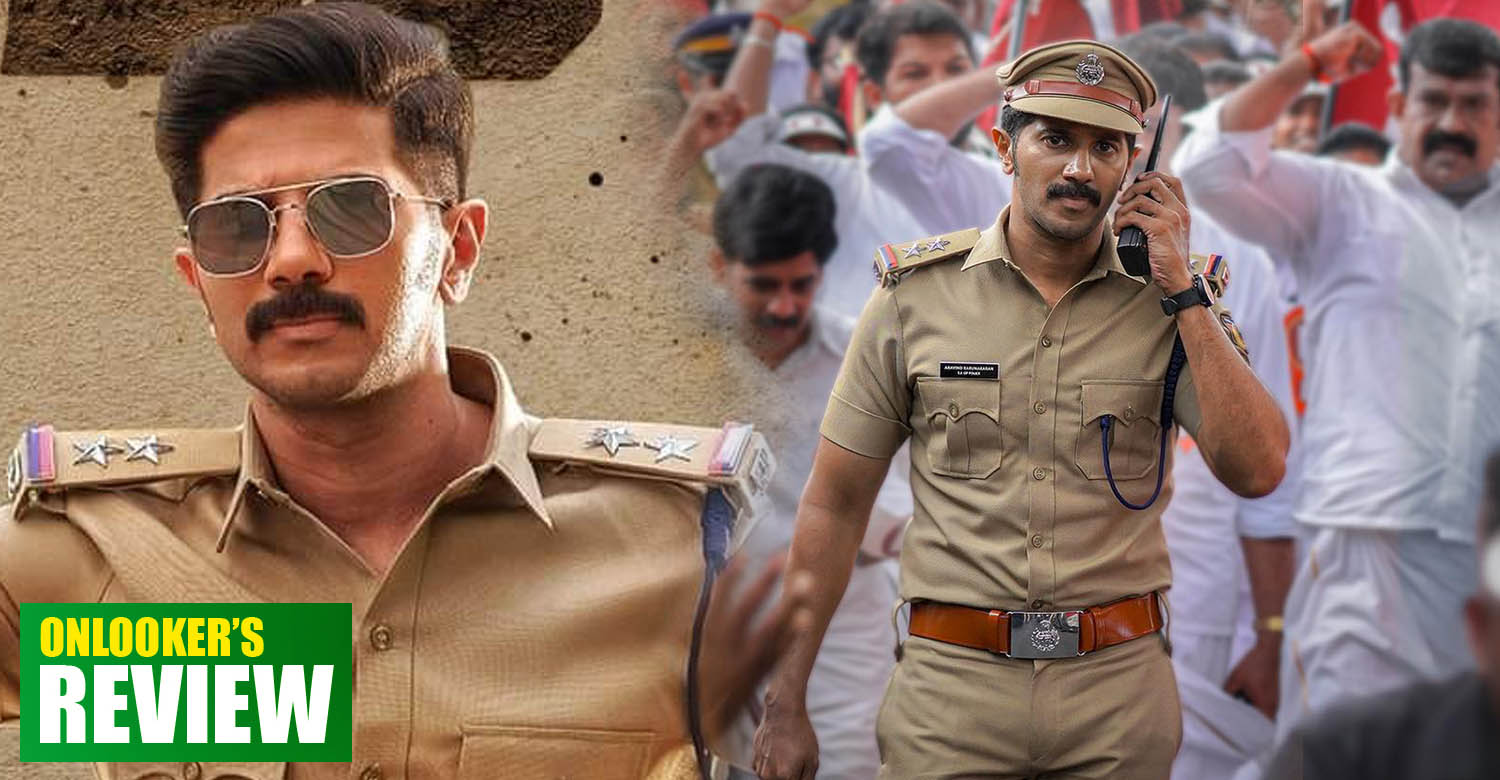 ‘Salute’, which premieres on SonyLiv, has released amidst a lot of expectations. Dulquer Salmaan is playing a full-fledged cop role for the first time in his career. Rosshan Andrrews is directing the film and it’s scripted by Bobby-Sanjay. The writer-director duo’s last cop film, ‘Mumbai Police’ is considered one of the finest police investigation thrillers in Malayalam cinema. Naturally, fans and cinephiles had pinned high hopes on the film. Let’s see how the film has eventually turned out to be.

When the film begins, Dulquer’s Aravind Karunakaran is a Sub-inspector on leave for 5 years. He arrives at the police station where he served during his tenure to gather some crucial information. The narrative then goes back to his days as a SI there when he along with his colleagues are forced to frame Murali, an innocent man, in a double-murder case due to severe political pressure. The investigation is headed by Aravind’s brother DySP Ajith Karunakaran (Manoj K Jayan). Based on circumstantial evidences, the cops nab Murali and manipulate the crime scene to arrest him. Days after he gets jailed and the officers are honoured for their efficiency, they learn about the real killer. However, they decide to not pursue it any further. Though Aravind tries to resist, his words remain unheard. This is when he takes a long leave and enrolls himself in a law academy in Hyderabad. Couple of years later when he returns back, he learns that Murali is serving life imprisonment and his family is in dismay. Engulfed by guilt, Aravind tries to reopen the case and along with that a can of worms. Whether he manages to find the real accused and free Murali and himself from guilt is what the rest of the film is about.

Rosshan Andrrews has made Salute as an engaging police procedural that stays away from the usual, commercial format. Unlike the usual establishing and world building, here the film plunges straight into the conflict. It does have its drawbacks as the proceedings seem rushed and lack clarity.

Except for a couple of action sequences, there’s nothing flashy about the film. The scenarists Bobby-Sanjay have come up with a grounded, focussed narrative that steers clear of chip thrills and twists. The film gets to its best when Aravind reopens the case and finds new evidences. However, it is also helped with a lot of ‘coincidences’. Another major blip is that the film doesn’t have an emotional connect with any of its characters

Though it was heartening to see Manoj K Jayan in a prominent role after long, his character needed more depth and a better arc. The sibling bonding between him and Dulquer’s character is never really felt. Dulquer, on the other hand, gets a better role. The actor sells the character’s dilemmas and guilt convincingly. Though the supporting cast has many other familiar names like Lakshmi Gopalaswamy, Bollywood actor Diana Penty, Saniya Iyappan, none of them make an impact.

Technically, the film is sound with Aslam K Purayil’s cinematography and Jakes Bejoy’s music right in tune with the depressing mood of the film.

In a nutshell, ‘Salute’ is an intriguing film that offers an unique experience of watching a detailed police procedural.