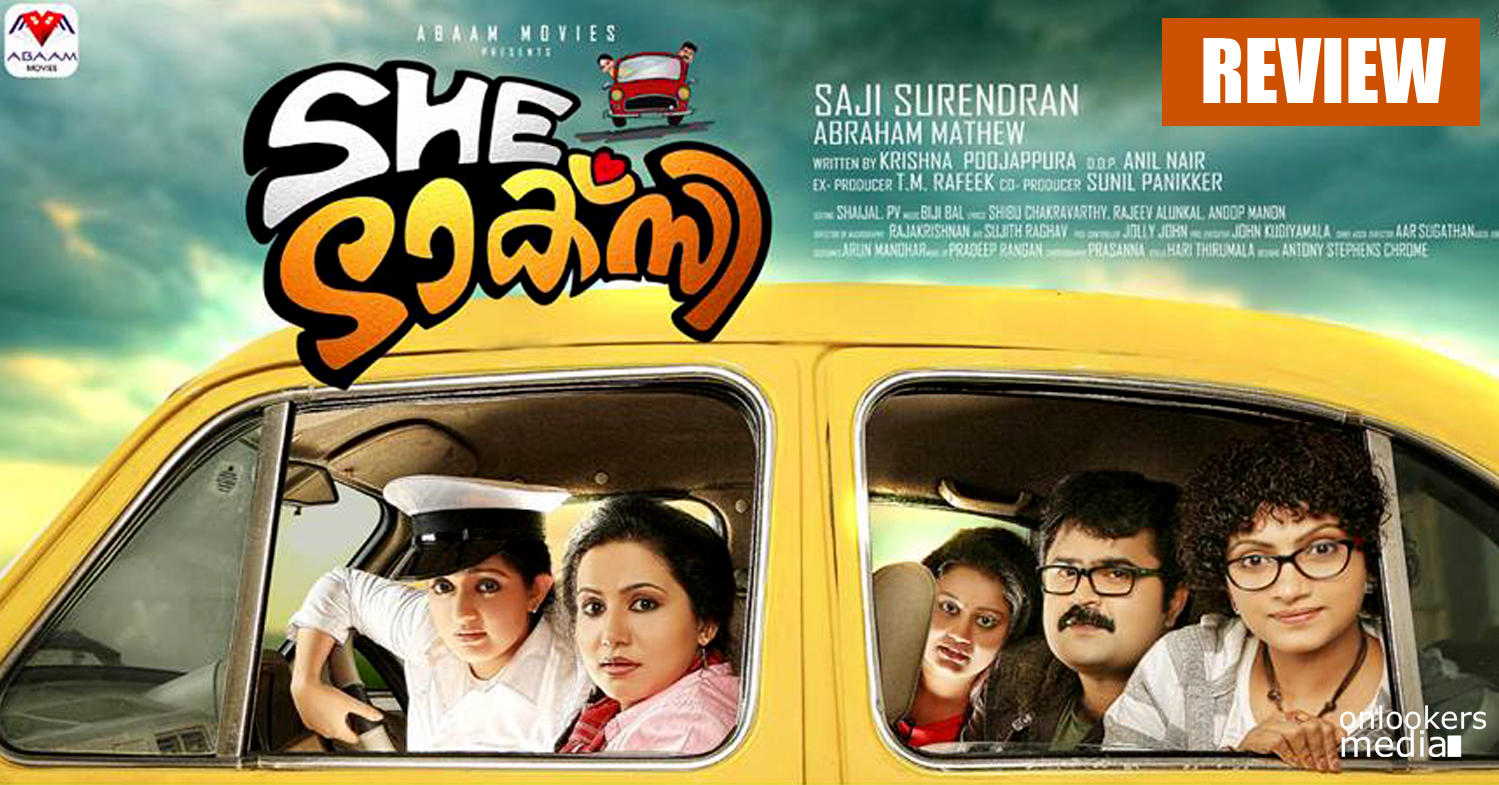 She Taxi is one of the film which hit the screens today which is in the limelight for the comeback of Kavya Madhavan after a short gap in her acting career. The film is conceived by Saji Surendran and penned down by Krishnan Poojappura who is usually the writer of all Saji Surendran film and this team had a great record as well in box office. Family audience have a trust on them as all of their works is a minimum guarantee one of the family audience with lots of fun and energy.

She taxi is a film which is a woman centric one and it tells the story of a woman taxi driver in Kerala, the role which is played by Kavya Madhavan. She is driving the taxi which she got from her father after his death and she rides it to support her family. And One day her taxi is hired by 3 ladies who wanted to go to Shimla for the work of a documentary which was about a monastery. Ansiba Hassan, Krishna Prabha and Sheelu Abraham plays the role of that 3 ladies.

On the other side 3 men played by Anoop Menon, Nobi, and Suraj who gets into some kind of financial problem happened to fled from their place with another character who is played by Tini Tom. All of the above mentioned ladies and men happened to meet at a forest region and there we understood that the ladies are on a mission to find a painting called five Tibetans and the mystery began to unfold around that painting as another comes in the search of the same painting and them arises the confusion and thrill of the She Taxi ride.

Kavya Madhavan had done a great performance as the taxi driver and it is a great comeback indeed for the talented actress. Anoop Menon was in his usual best when comes to comedy and all the supporting actors were done a great job playing there characters. Special mention have to be given to Sheelu and Ganesh Kumar who played the funny cop. Saji Surendran,the director had really made the audience to sit through the film with no lagging and the script was good enough to compliment the effort from the part of the director. This is a real fun ride in the She Taxi where you can sit and have a relaxing ride.