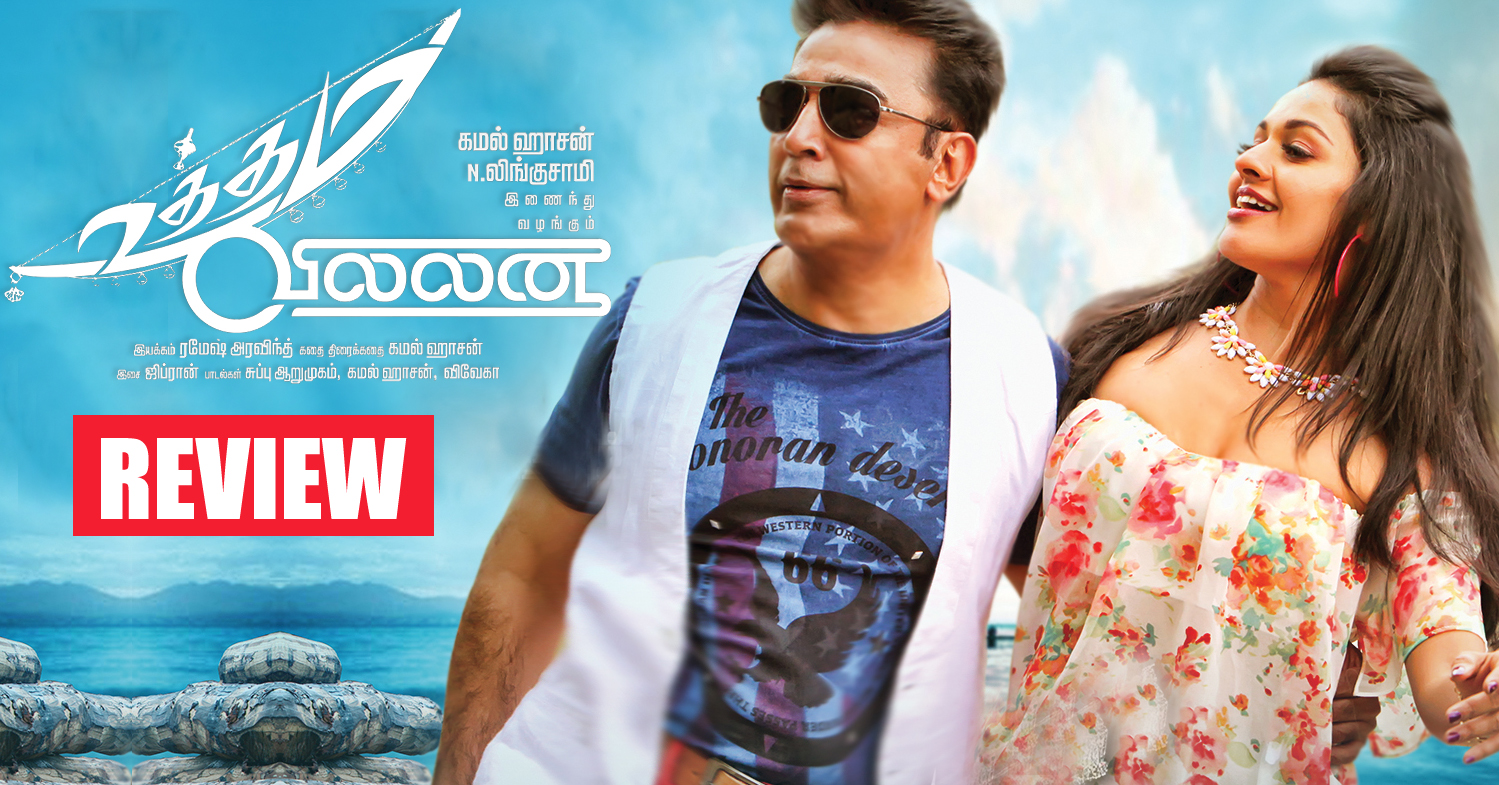 Uttama Villain at last hit the screens today after all sorts of controversies and confusions regarding the release of the film in last 2-3 months. From the time of the release of its first teaser people had waited for it and as always they expected a magic from the universal hero of Indian cinema Mr. Kamal Hassan. He had multiple films which was ready for release such Vishwaroopam 2 and Papanasham (trailer of the film is released the other day) along with Uttama Villain from last month. People are in the confusion that which will come first and among all these Uttama Villain seems to have more expectation as Kamal Hassan as an actor and writer is worked behind this one. The one who directed this film is Ramesh Aravind.

The story of the flick revolves around the life of an actor and the plot shows his life on screen and off the screen. His name is Manoranjan and the film shows his struggle in the private life which is the cost of his journey to stardom. Later when he come to know that he has brain tumor he wants to do a film with his mentor for the last time and from there the film travels in a way that there is a picture within a picture. The film in this film is about a person named Uthaman and the story takes place in 8th Century. Then again a twist comes as a person named Jacob Zakkariah reveals that Manoranjan had a daughter named Manonmani in his past lover named Yamini. The plot takes many twists as it ends with an unexpected climax which deserves a standing ovation.

The scenes which combines the grace of Theyyam and Villppattu is just amazing and Kamal Hassan’s unbelievably amazing performance and screen presence is the best part of this film. The part in which it shows the 8th century episode is the one which pulls down the film as it is lagging a lot and seems as a mismatch in the whole body of the flick. This was Kamal Hassan’s mentor K balachandar’s last film as well as an actor he in this film plays the mentor role of Manoranjan played by Kamal.

Jayaram plays Jacob Zakkariah and Parvathy Menon plays Mamnonmani. Andrea plays the role of doctor Aparnna and Nasser plays the character of king Mutharasan who was part of the the 8th century episode of the film.The running time of the film is 172 minutes and that is the main negative which made it a lagging affair at some parts. But apart from all the short comings it is an experience to the viewer as Kamal Hassan excels again.