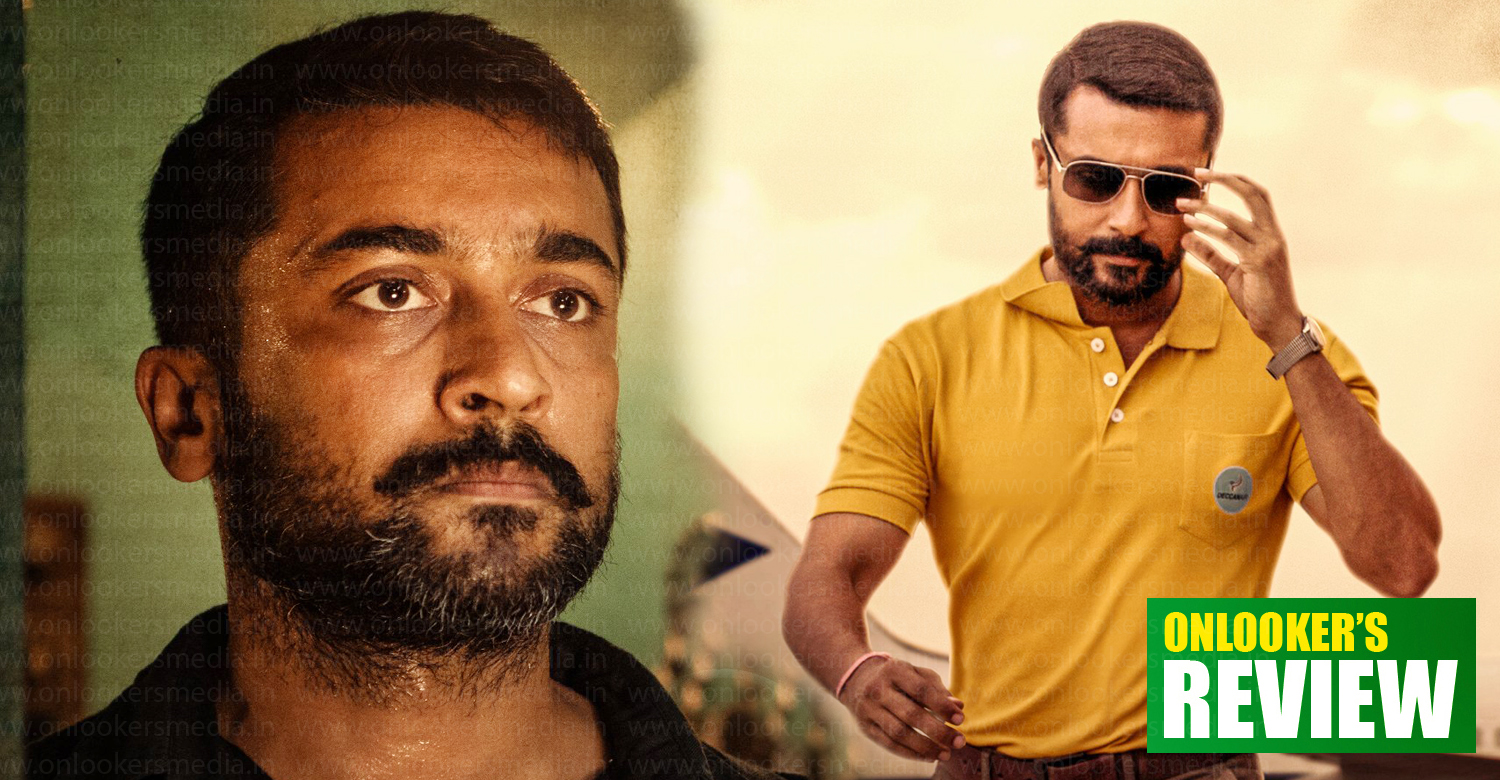 Soorarai Pottru: Suriya flies high in this inspiring film about a visionary!

After months of waiting, the much anticipated Suriya starrer ‘Soorarai Pottru’ got dropped in on Amazon Prime last night. Directed by Sudha Kongara, the film is based on the book ‘Simply Fly’ penned by Air Deccan founder Capt GR Gopinath. Sudha has co-scripted the film along with Usha Shalini Nair. As evident from the promos, it is the story of a common man’s dream to launch his own aircraft business with the aim of serving the underprivileged.

Suriya’s Nedumaaran Rajangam aka Maara is a commoner hailing from a rural area in Madurai. After a troubled relationship with his high-principled father, he joins the Indian Air Force and serves as a pilot. A tragic incident makes him leave the force and start working towards his dream of starting his own aircraft business. Maaran’s noble intention is to make flying accessible to all sections of the society. However, his idea of low cost aviation creates ripples within the industry. Whether he manages to succeed against his rivals and triumph in his endeavor forms the remaining plot. Suriya as Maara is the backbone of ‘Soorarai Pottru’. It is after several years that the actor is back in such fine form. It is a treat to watch him perform — be it the glitter in his eyes when he sees a ray of hope or the despair and frustration upon each set back. An interesting thing to note about this performance is that Maara is equally ferocious like say a Durai Singam but the actor makes sure that he doesn’t go over over-the-top at any point. He still effectively portrays the frustration and vulnerability of a commoner trying to chase his dreams. Since the film traverses different timelines, Suriya also appears in multiple looks very convincingly.

Suriya is ably supported by some equally good performances from the supporting cast. The female lead, Aparna Balamurali is a revelation as Maara’s better half Bommi. Like the protagonist Madhi in Sudha’s previous film ‘Irudhi Suttru’, Bommi is also a very interesting character with ample scope for performance. Unlike the one-note heroines we usually get to see in commercial films, Aparna’s Bommi is very integral to the storyline. Her unique relationship dynamics with Maara works brilliantly thanks to the lovely chemistry between the two actors. Aparna not just slays it with the Madurai slang, but also her body language of a high-spirited, ambitious woman.

Veteran Urvashi once again proves why she is rated so highly. Though the actress has mostly been doing comedy-oriented roles for the last few years, Pechi in ‘Soorarai Pottru’ puts her in a different space and she still delivers it efficiently. A particular emotional monologue involving her and Suriya is easily among the best scenes in Tamil cinema in the last few years. It was as if Suriya and Urvashi were competing with each other to prove who is a better performer, and the end result is an absolute tear-jerker of a sequence. Kaali Venkat, Karunas, Krishnakumar and Vivek Prasanna have also made a mark with their performance.

Though Sudha has tried to bring in some nuances to the antagonist character essayed by Paresh Rawal, it is a largely one-dimensional role, which is slightly disappointing. It is hard not to feel that an actor of his stature could have been given a little bit more to chew on. However, Mohan Babu’s heroic cameo role works superbly. If not for the pandemic, whistles would have been flying for his scenes in theatres.

It is not an easy task to helm a film of this scale and canvas, but Sudha Kongara has risen up to the challenge and succeeded. As a director, her biggest plus remains in extracting the best out of her actors. To narrate the journey of a common man’s rise, she has taken a leaf or two out of her mentor Mani Ratnam’s ‘Guru’. The ‘Alaipayuthe’ poster was also hard to miss. Another impressive thing about Sudha’s style of making is the scene-staging. Take for example, the marriage proposal scene between a bike-reading Maara and a mic-holding Bommi riding in an auto. It is a lengthy sequence that is superbly staged, shot and performed.

In its 2.30-hour long run-time, ‘Soorarai Pottru’ has some scenes that might be hard to swallow but the fact that this is a real-life inspired story helps. It somewhat manages to convince the audience. Technically, this is an outstanding film with top production quality and exquisite visuals. In terms of music, it is one of the best works of composer GV Prakash. As promised, the youngster has followed a new sound style that works wonders. Each song stands out but it is the pulsating Maara theme that towers above everything else.

Overall, ‘Soorarai Pottru’ is a great addition to Amazon Prime after a series of duds. Suriya also makes a solid comeback and Sudha Kongara’s reputation as an competent filmmaker keeps growing. Maara’s journey is worth your time and money.

C U Soon Review: Mahesh Narayanan and team come up with a path-breaking film!
Paava Kadhaigal Review: Sudha Kongara and Vetrimaaran shine in this middling anthology
To Top