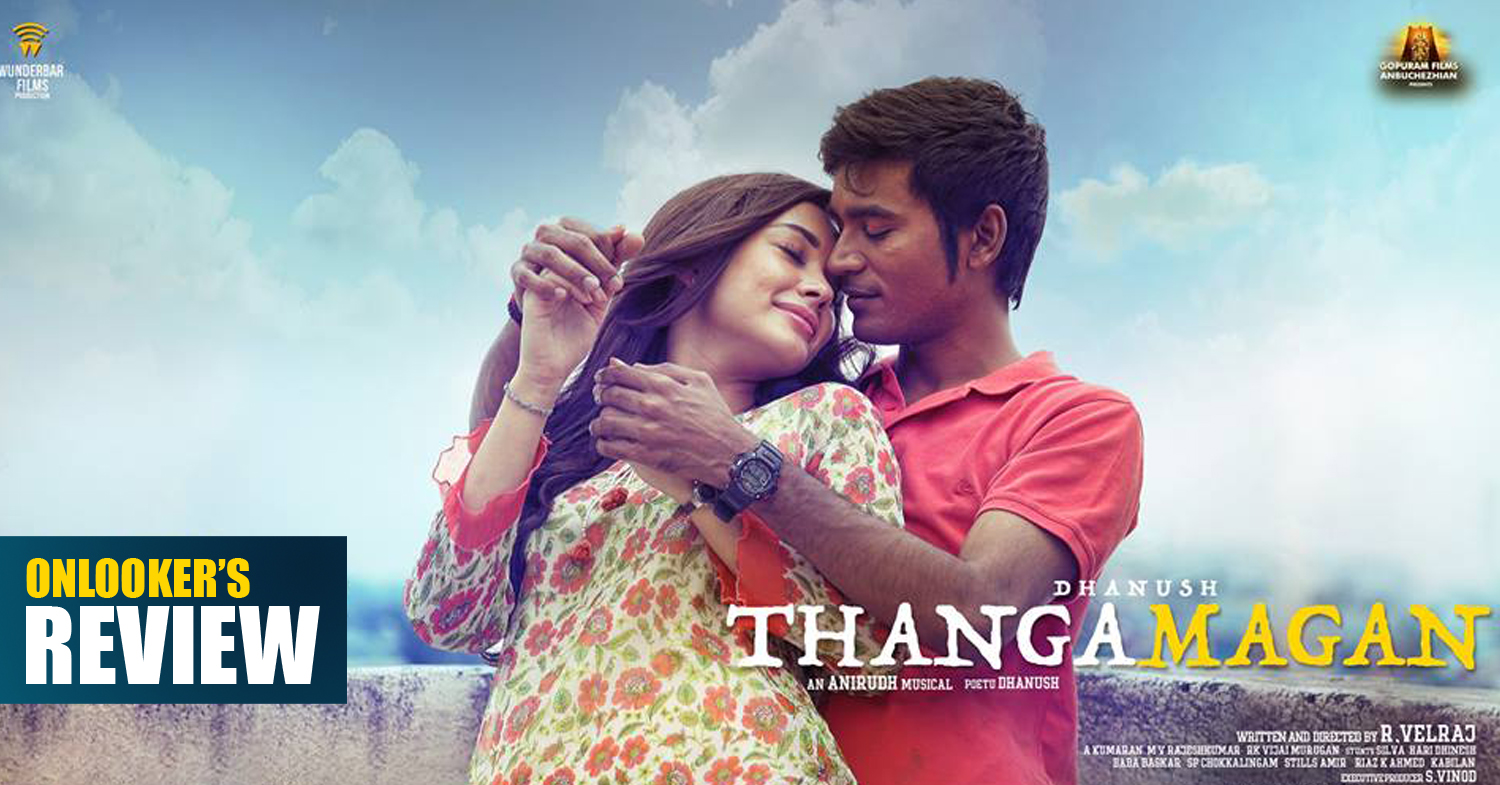 Thanga Magan, the latest Kollywood release starring Dhanush, Amy Jackson, Samantha in lead roles has been released today and it is directed by Velraj. The Film had much pre-release hype as the team VIP unites again. The film is financed by Dhanush under his banner of Wonder Bar Films. Their first association Velai Illa Pattadhari was a massive success as well as critically acclaimed flick all around. So when the next film comes from the same team, expectations are bound to be on a high note. Dhanush keeps his balance as a star and as an actor and that’s what the main reason people loves his films and that’s why his films gives a minimum guarantee to the audience as well as in box office.

Thanga Magan is the story of a young man named Tamil and the struggles he had to go through to make his family in good condition. The film begins with a flash back story of Tamil. It gives us his young life where he fall in love with a girl named Hema played by Amy Jackson. But they broke up and later Hema marries his cousin Aravind and Tamil marries the character played by Samantha. While they are going through a happy family life, suddenly his father commit suicide due to an issue in his office and from then on the film shows us how Tamil cops up with the situation and brings everything in to balance.

We have to say that compared to VIP, Thanga Magan is just an above average entertainer. But if it is watched without the burden of expectation that VIP gave, then it is a feel good entertainer with some good performance and good technical quality. The narration was simple and never gets too much complicated. It does not incorporated unwanted scenes to give mass effect and more or less relied on the performance and the simple and sweet narration. Velraj who directed and scripted this film had done a decent job.

Dhanush gave again a sterling performance and he was very natural as a lover boy as well as a matured young man. Samantha had given her career best performance and Amy Jackson was also done a neat job even though felt a little uncomfortable at places. The Music by Anirudh was the highlight of the film as each and every song in the film was really superb and really well picturized as well. Kumaran’s DOP was also good. Apart from the lead actors, artists like Radhika Sarath Kumar who played Tamil’s mother, KS Ravikumar who played his father and Satheesh who played his friend done a very good job as well.