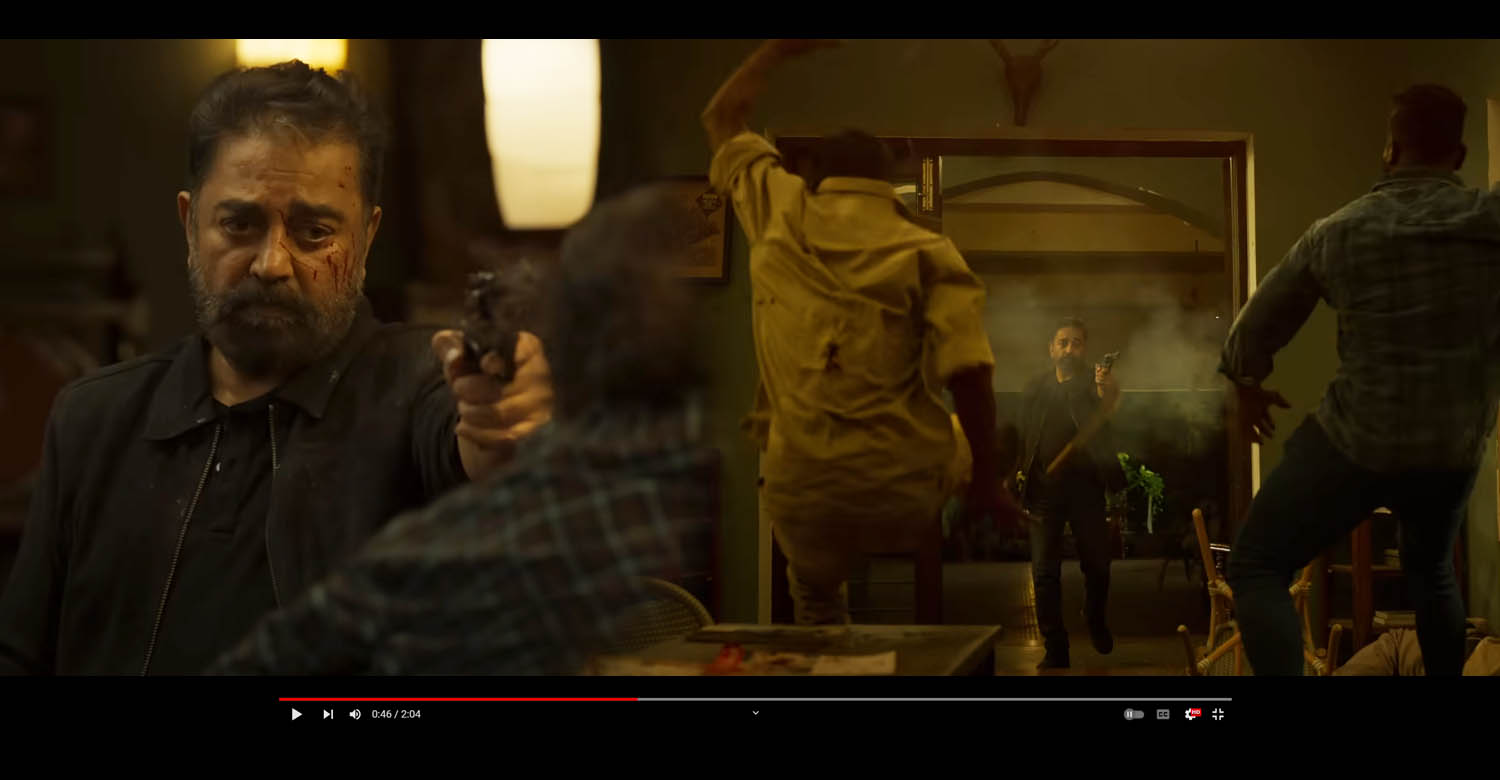 EDM version of Porkanda Singam is all goosebumps!

With ‘Vikram’ ruling the box office successfully past the fourth week, the makers have been releasing short videos online. Latest to come out is the EDM version of ‘Porkanda Singam’. The song comes at one of the most thrilling part of the film with Kamal Haasan unleashing the beast in him. The song is composed by Anirudh Ravichander and sung by Ravi G. Lyrics is written by Vishnu Edavan.

‘Vikram’ directed by Lokesh Kanagaraj recently broke the five-year-old record set by ‘Baahubali 2: The Conclusion’ to become the biggest grossing film in Tamil Nadu. In Kerala also, it has emerged as the highest grossing non-Malayalam film. The action-packed entertainer has Vijay Sethupathi and Fahadh Faasil in prominent roles. Suriya also makes guest appearance towards the end.

It has already been confirmed that ‘Vikram’ will get a second part. Director Lokesh is trying to expand the universe next with ‘Kaithi 2’ starring Karthi. Suriya’s character Rolex from ‘Vikram’ is also expected to be part of ‘Kaithi 2’.