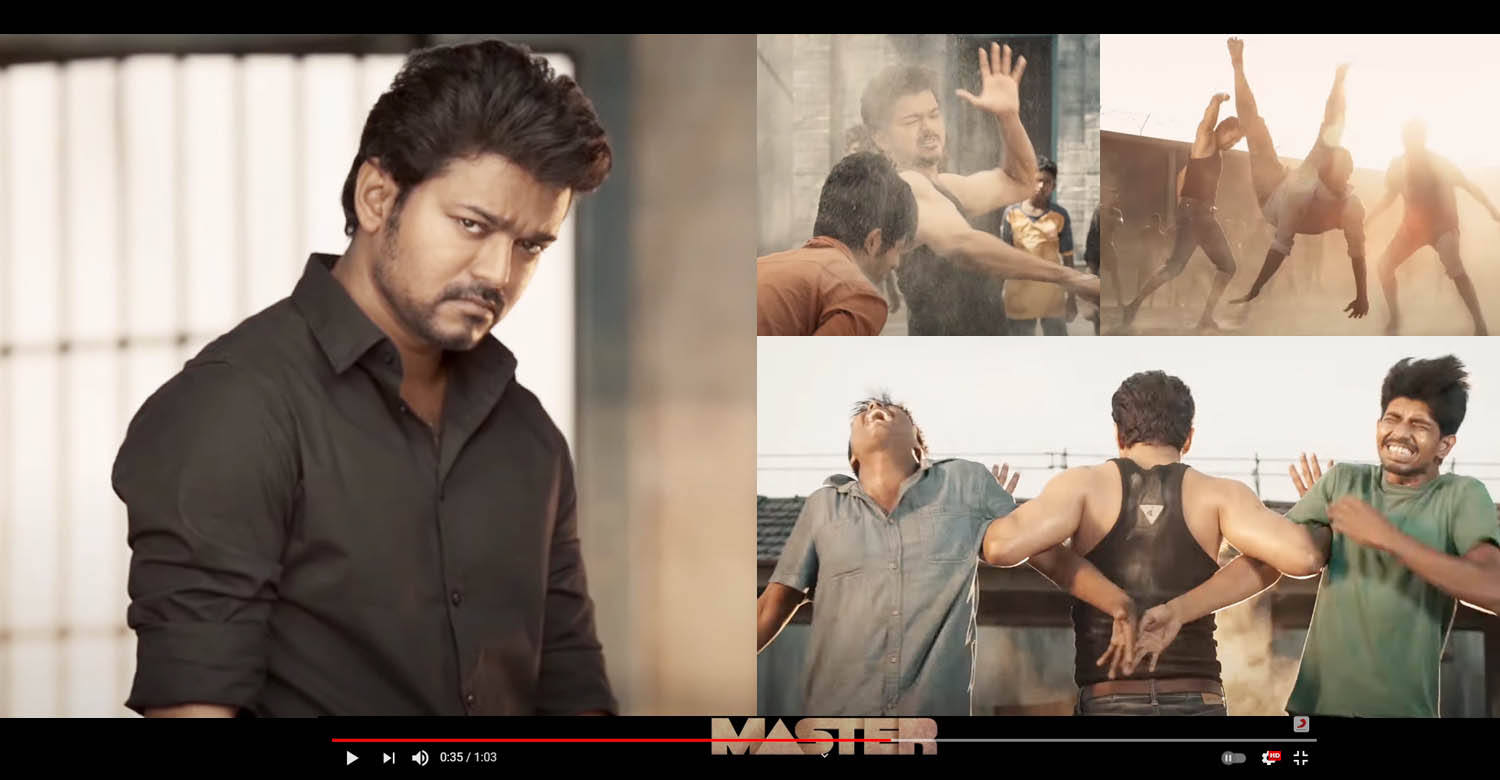 The final promo video before the grand theatrical release of ‘Master’ is out. The video features Arjun Das’ character challenging Vijay for a game of Kabaddi. Interestingly, the makers have used the remixed version of the iconic Kabaddi score from ‘Ghilli’ for this scene. Director Lokesh had employed this technique of including hit songs in his last film ‘Kaithi’ as well.

Vijay’s ‘Master’ is hitting screens tomorrow (January 13) and there’s huge excitement all around. Theatre bookings have already begun and tickets are being sold out in quick time. Most shows for the opening day have already been sold out. In Kerala also, the film is set for a wide release.