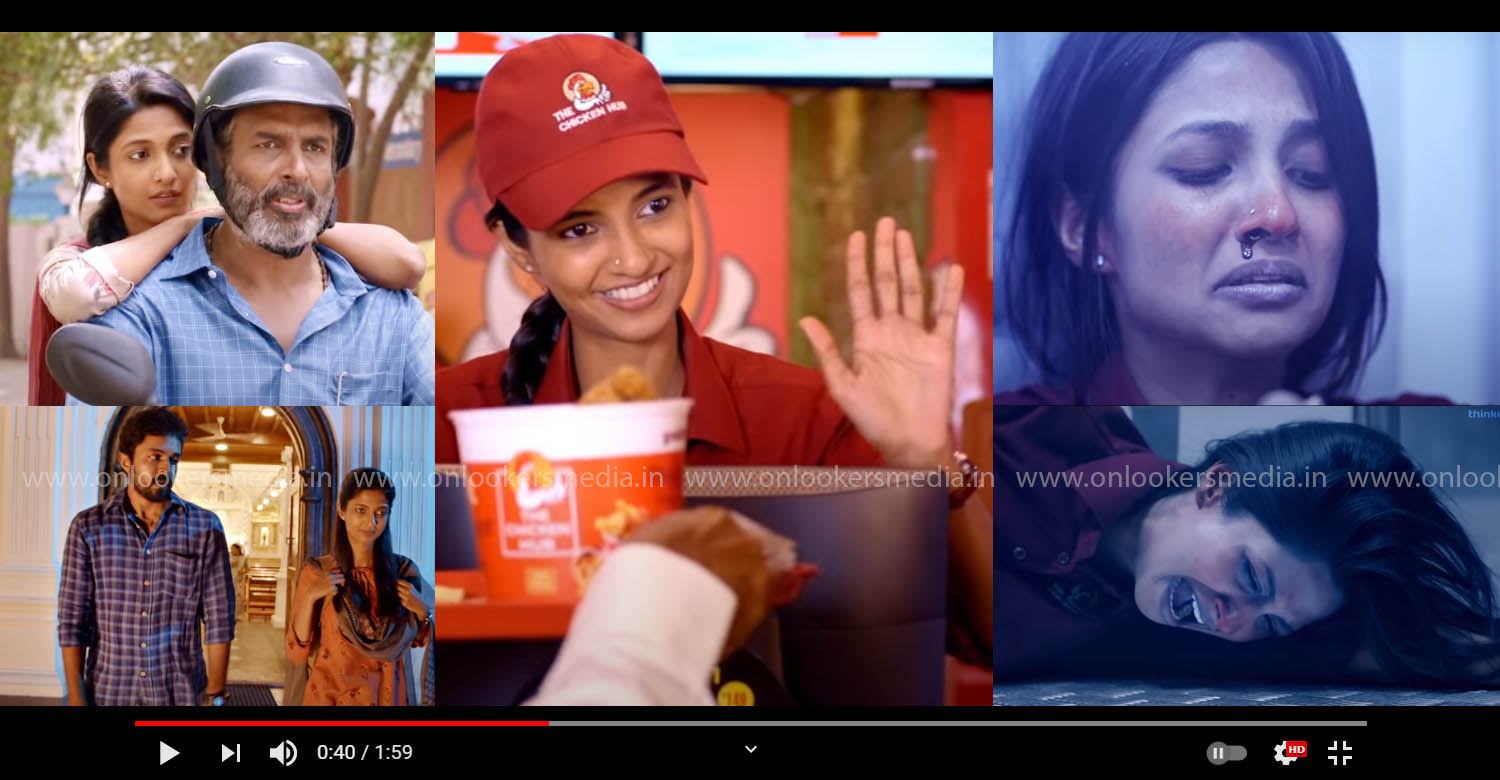 As reported by us earlier, the hit Malayalam film ‘Helen’ is getting remade in Tamil as ‘Anbirkiniyal’. Veteran actor Arun Pandian and his daughter Keerthi Pandian of ‘Thumbaa’ fame play the lead roles. It is directed by Gokul, who has previously helmed films like ‘Rowthiram’, ‘Idharkuthaane Aasaipattai Balakumara’, ‘Junga’, and ‘Kashmora’. The film’s trailer has been released online and it seems like a scene by scene remake without any unwanted deviations.

‘Helen’ directed by debutant Mathukutty Xavier had Anna Ben in the titular role and Lal essaying her father’s part. In the Tamil version, Keerthy Pandian is reprising Anna’s role and her father Arun Pandian will be seen as her on-screen dad as well. Cinematographer Mahesh Muthuswami, music director – Javed Riaz and editor Pradeep E Ragav form the core technical team.

‘Helen’ was received well by both the critics as well as the general public. Anna Ben’s performance in it got her a Special Jury Mention at the Kerala State Awards. Since it is a survival thriller, the story should appeal to a wide range of audience irrespective of the language. The film is also getting remade in Hindi and Telugu as well with Janhvi Kapoor and Anuapama Parameswaran as the leads.