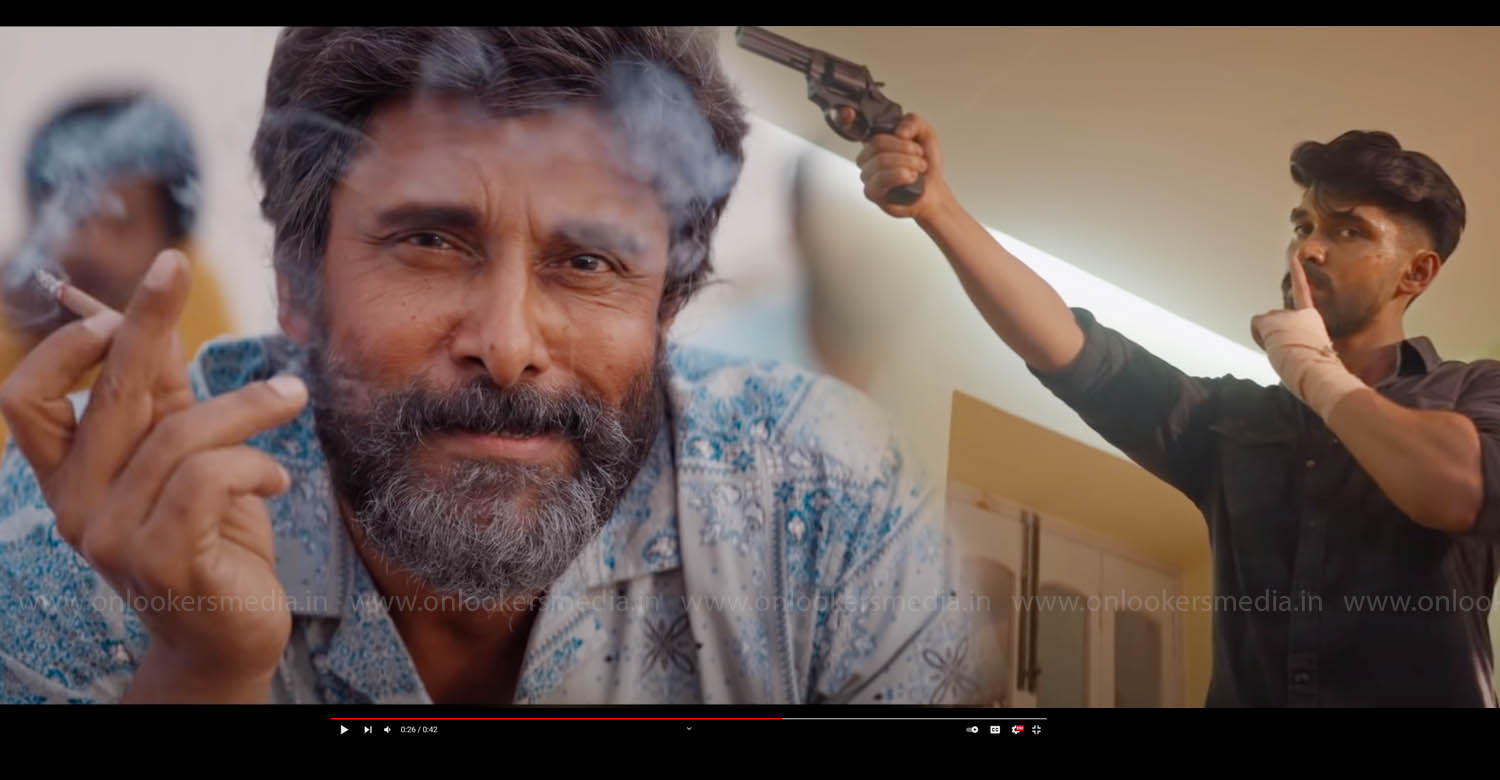 After the excellent response for the teaser, the makers of Karthik Subbaraj’s ‘Mahaan’ have shared its trailer online. The 2.11-minute long trailer is getting a positive talk in social medias.

Directed by Karthik Subbaraj, ‘Mahaan’ is touted to be an emotional gangster drama between a father and son. Vikram and his son Dhruv are playing the lead roles in the film. The fact that this is the first time the duo are acting together has heightened the expectations for ‘Mahaan’.

‘Mahaan’ produced by Seven Screen Studio is set to have its direct OTT release. The film will be premiering on Amazon Prime Video on February 10. It will be streaming in Tamil, Telugu, Kannada and Malayalam.

Kotthu teaser out on Asif Ali’s birthday
Glimpses of Simbu’s Pathu Thala is here!
To Top