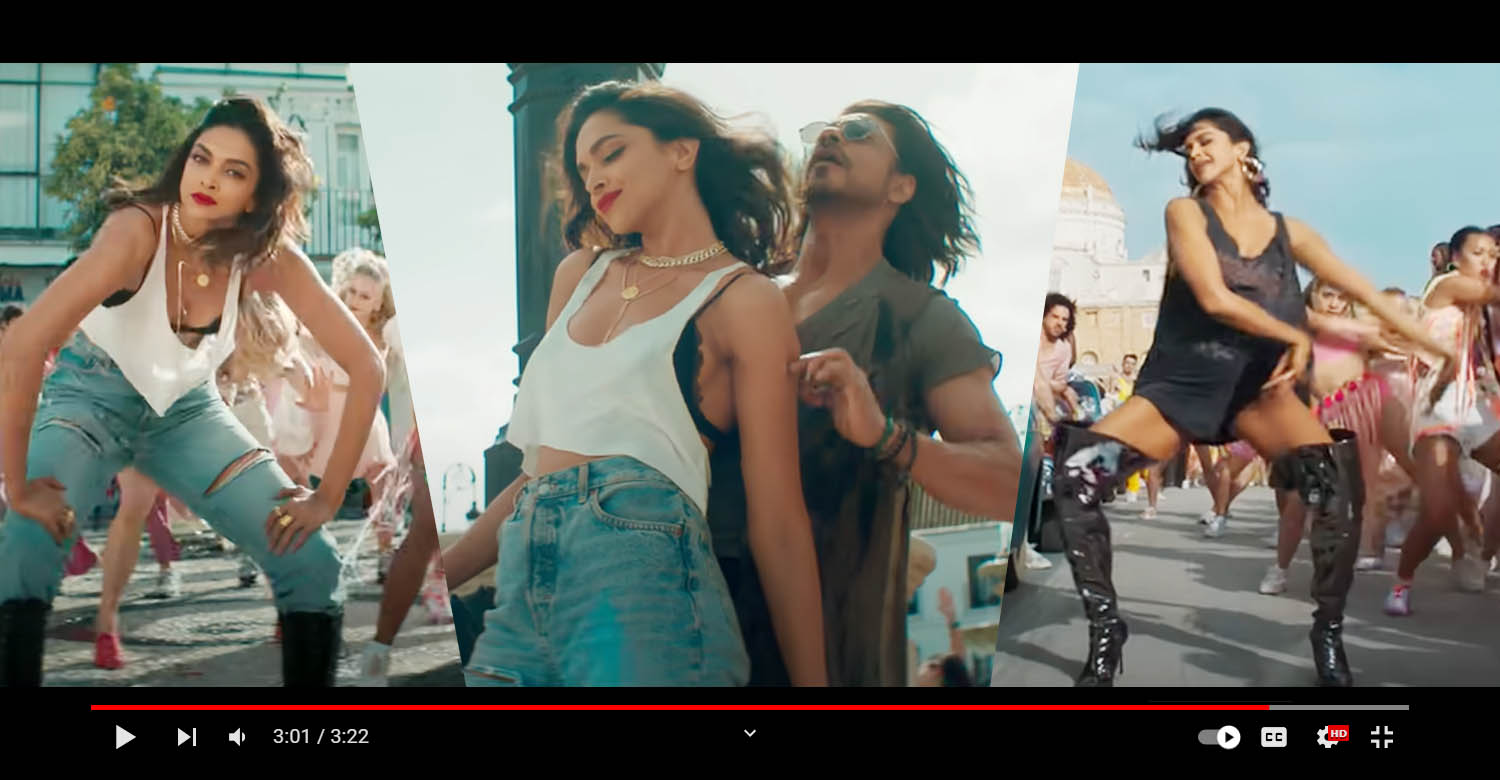 After all the noise created by the first single ‘Besharam Rang’, the makers of ‘Pathaan’ recently released their next track. Titled ‘Jhoome Jo Pathaan’, the song is composed by the Vishal-Sheykhar duo. Fetching over 43 million views on YouTube, the song has emerged as a massive hit. It is penned by Kumaar and sung by Arijit Singh, Sukriti Kakar, Vishal, and Sheykhar.

‘Pathaan’ is directed by Siddharth Anand, who has previously made action-heavy films like ‘War’ and ‘Bang Bang’. Like the director’s previous films ‘Pathaan’ also promises to be an action spectacle with high octane chases and plenty of action set pieces. John Abraham is pitted opposite Shah Rukh Khan as the villain in this film.

‘Pathaan’ reportedly has Shah Rukh’s character as a spy. Unconfirmed reports also suggest that the film will also have cameos from Salman Khan and Hrithik Roshan as part of expanding YRF’s spy universe. Salman is said to make an appearance as Tiger while Hrithik will reportedly be reprising his character Kabir from ‘War’.

‘Pathaan’ is slated for a grand worldwide release on January 25, 2023. Besides Hindi, the film will also be releasing in Tamil and Telugu.