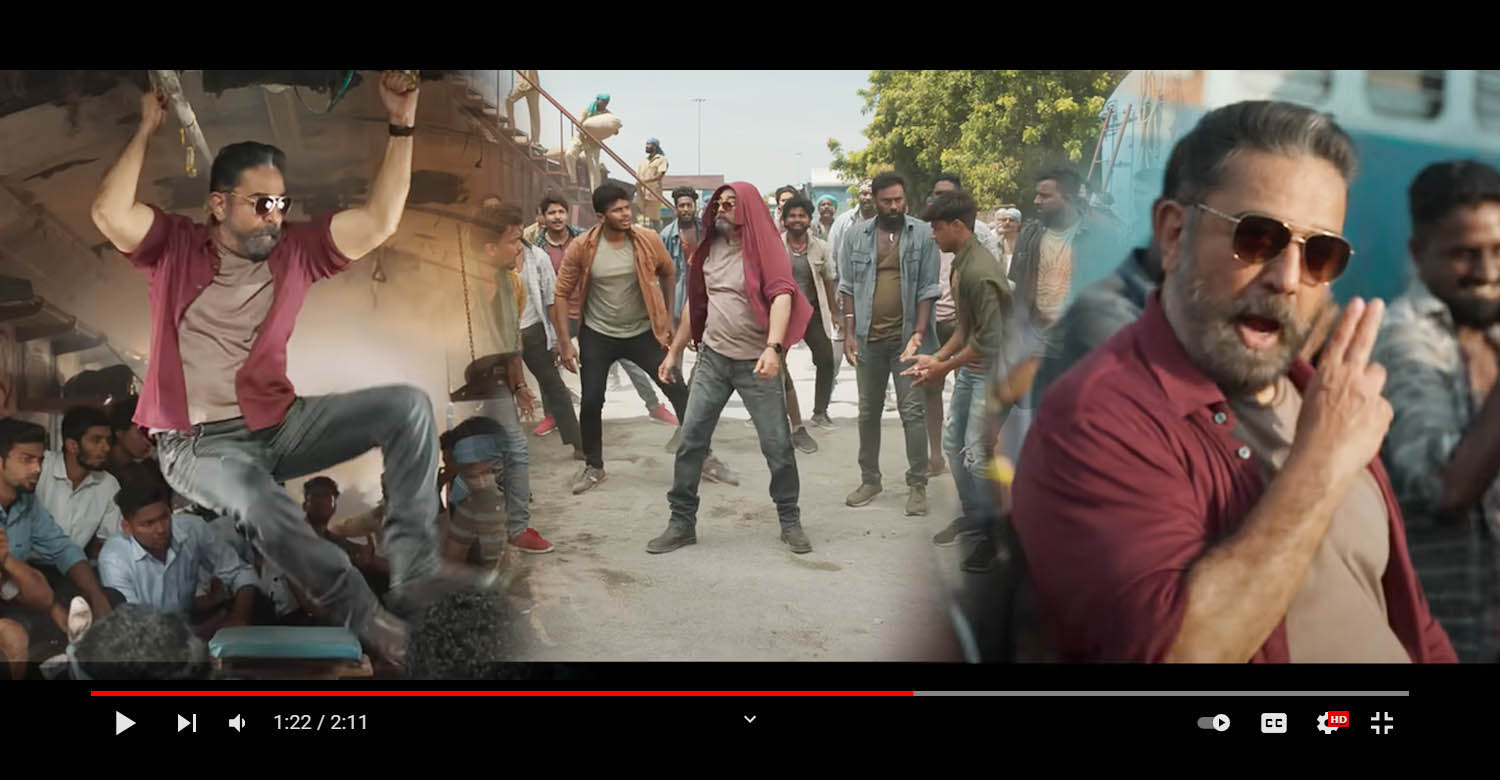 As reported recently by us, the Kamal Haasan starrer Vikram is gearing up for OTT release. It has been confirmed to start streaming on Disney + Hotstar on July 8. Meanwhile, the makers are sharing songs and other glimpse videos from the film. Last day, they released the chartbuster ‘Pathala Pathala’ song online. The opening sung is sung and written by Kamal Haasan. Anirudh Ravichander has composed the track.

‘Vikram’, which got released on June 3, has been ruling the box office successfully for the past one month. The film has broken five-year-old record set by ‘Baahubali 2: The Conclusion’ to become the biggest grossing film in Tamil Nadu. In Kerala also, it has emerged as the highest grossing non-Malayalam film.

‘Vikram’ also stars Vijay Sethupathi, Suriya and Fahadh Faasil in prominent roles. It has also been confirmed that ‘Vikram’ will be getting a second part. Director Lokesh is trying to expand the universe next with ‘Kaithi 2’ starring Karthi. Suriya’s character Rolex from ‘Vikram’ is also expected to be a part of ‘Kaithi 2’.